With Mahindra unveiling the name Marazzo a couple of days ago, spy shots of their new XUV 700 have again surfaced the web. In a Motoroids exclusive video, we see the test mule cruising through traffic on a busy highway. This premium SUV is aimed against the Toyota Fortuner and the Ford Endeavour. Based on the Ssangyong Rexton facelift, the XUV 700 is rumoured to be out in the public before the end of 2018 and will undercut both the Endeavour and Fortuner in terms of pricing.

The bold shoulder lines and the flared wheel arches seen in the spy video add a bit of aggression in the exterior design.The spy shots we showcased earlier also reveal a 5 spoke alloy wheel design. Based on Ssangyongs new body-on-frame platform, the XUV 700 is 4,850mm long, 1,960mm wide and 1,825mm tall. With a wheelbase of 2,865mm the interior leg room is expected to be greatest on offer. 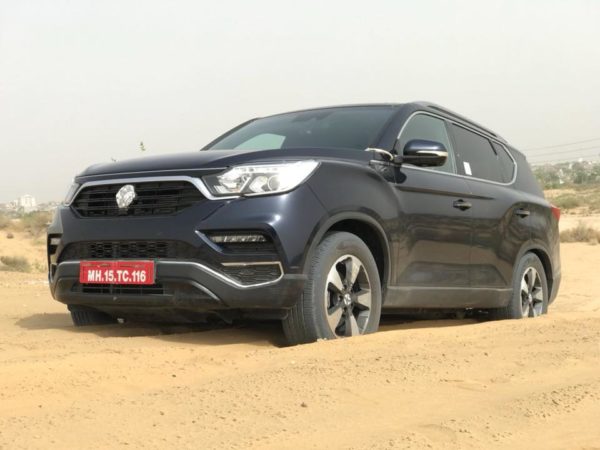 The interior of the XUV 700 features a large infotainment screen which acts like a screen for the 360 degree camera, The camera would provide a 360 degree bird’s eye view of the vehicle which would be pretty useful to park such a huge vehicle. A sunroof and a powered tailgate are also most likely to be on the features list. Mahindra will also carve out  storage place throughout the interior. The seats will be covered in premium leather upholstery. 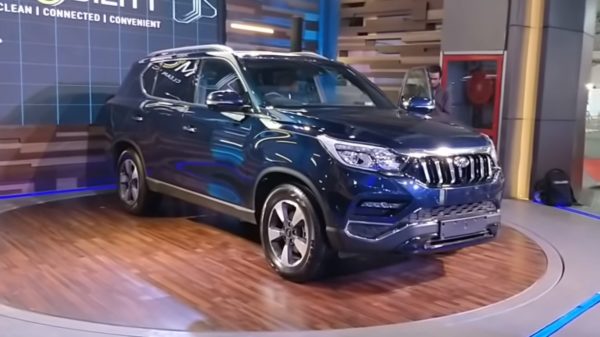 Underneath the bonnet sits a rather small 2.2 litre turbocharged 4 cylinder engine. Unlike other Mahindra cars which get the mHawk engine, the XUV 700 will use an engine developed by Ssangyong. Producing a total of 178 BHP and 420 Nm torque, the small engine displacement does not seem to be a problem. The engine will be mated to 2 choices of transmissions, a 6-speed manual and a Mercedes-Benz sourced 7-speed automatic transmission. A four wheel drive system is also expected to be present. Safety features include 9 airbags, ABS, EBD and traction control. Here is the walk around video of the car we did during the Delhi Auto Expo: