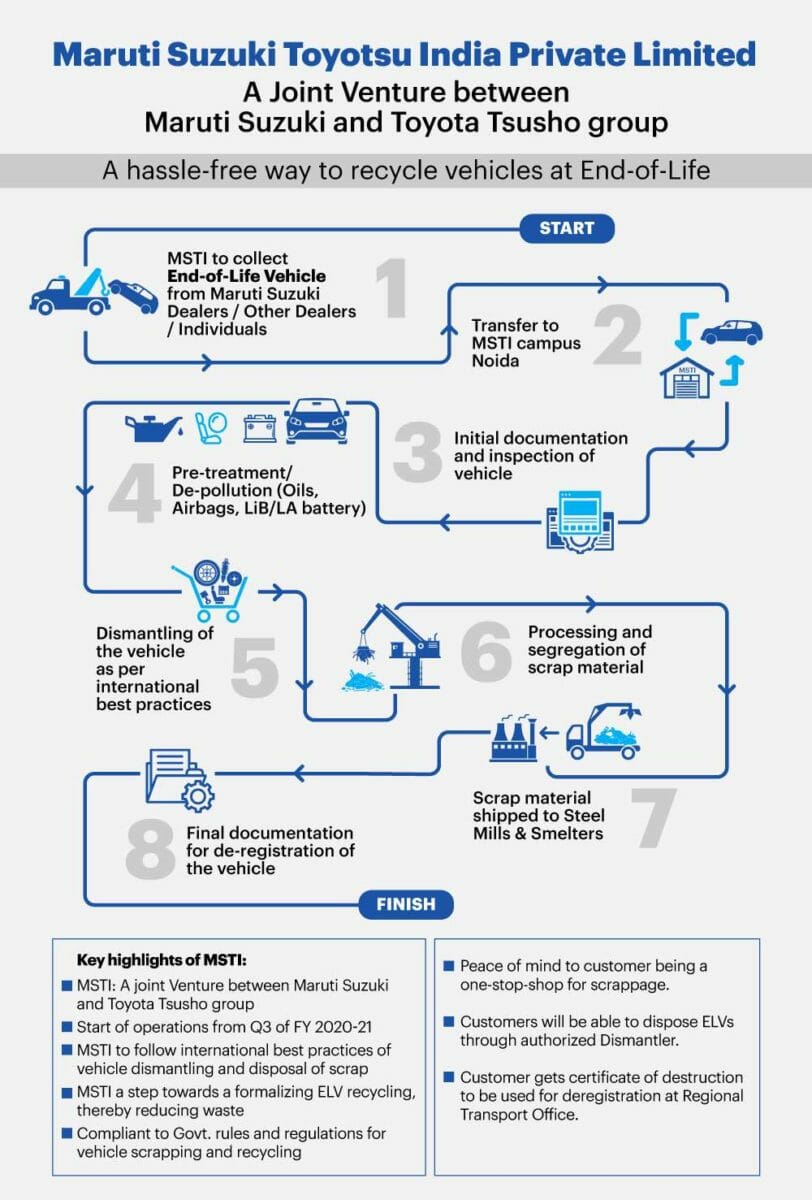 Headquartered in New Delhi, Maruti Suzuki Toyotsu India Private Limited (MSTI) is established to set up its vehicle dismantling and recycling unit in Noida, Uttar Pradesh within 2020-21. MSTI will be responsible to procure and dismantle End-of-Life Vehicles (ELVs). The process will include complete solid and liquid waste management as per the Indian laws and globally approved quality and environment standards. The facility in Noida will be the first unit by MSTI and the JV will add more such units across India. The unit will have an initial capacity to dismantle around 2,000 vehicles per month. MSTI will source vehicles from dealers as well as directly from customers.

Also Read: Maruti Suzuki At The Auto Expo 2020: What To Expect?

Announcing the initiative Mr Kenichi Ayukawa, Managing Director & CEO, Maruti Suzuki India Limited, said, “Maruti Suzuki strongly believes in responsible recycling of vehicles after the end of its useful life. Through this Joint Venture, MSTI, we aim to promote recycling and support in resource optimization and conservation while using environment-friendly systems and processes. The scrapping of older vehicles in a scientific and environment-friendly manner will help to reduce pollution and also make the roads safer. A team of experts at MSTI will dismantle the vehicles using international technology and global standards.” 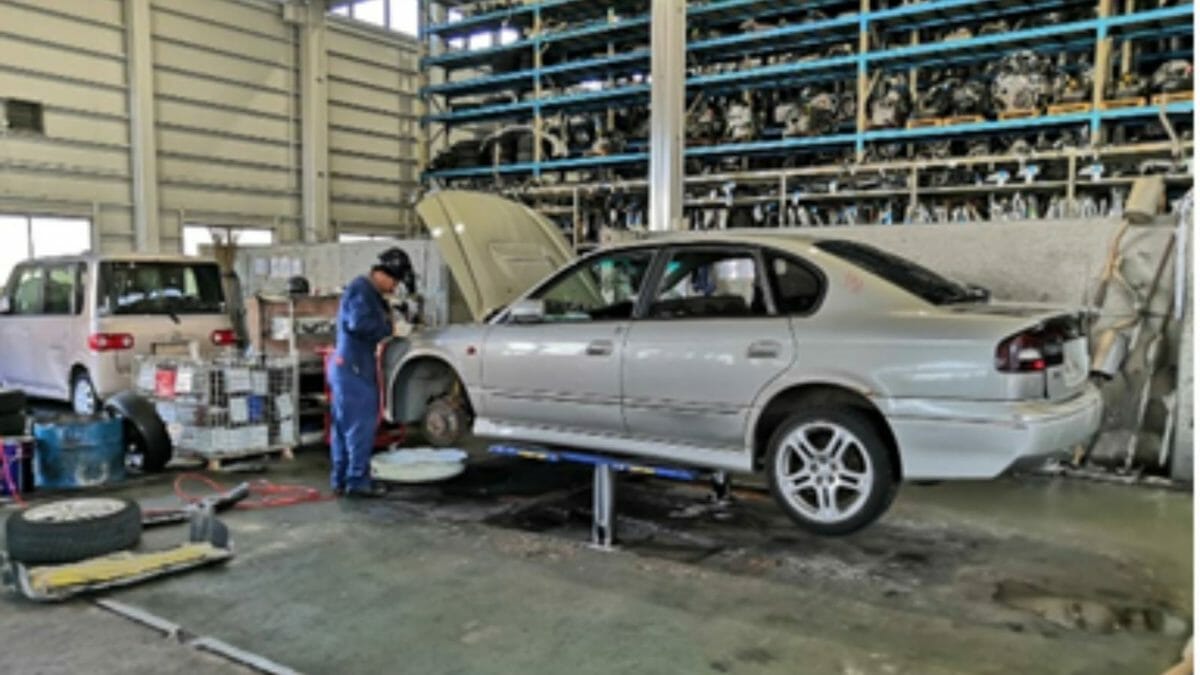 At the occasion Mr Naoji Saito, CEO (Metal Division), Toyota Tsusho Corporation said, “Toyota Tsusho has started ELV recycling since the 1970s in Japan. We believe that we will be able to contribute to Indian society through our knowledge and experience for ELV business. The first vehicle dismantling and recycling unit of MSTI is just the initial step and we are eager to expand into a pan-India base with Maruti Suzuki.”