A brand whose machines make an entire country stop in its tracks, JCB India Limited showcased its all-new Pothole Repair Machine at the Central Road Research Institute (CRRI) in New Delhi. Developed jointly with inputs from the CSIR-CRRI, the JCB Pothole Repair Machine is a one-stop solution for Roads and Highway maintenance. 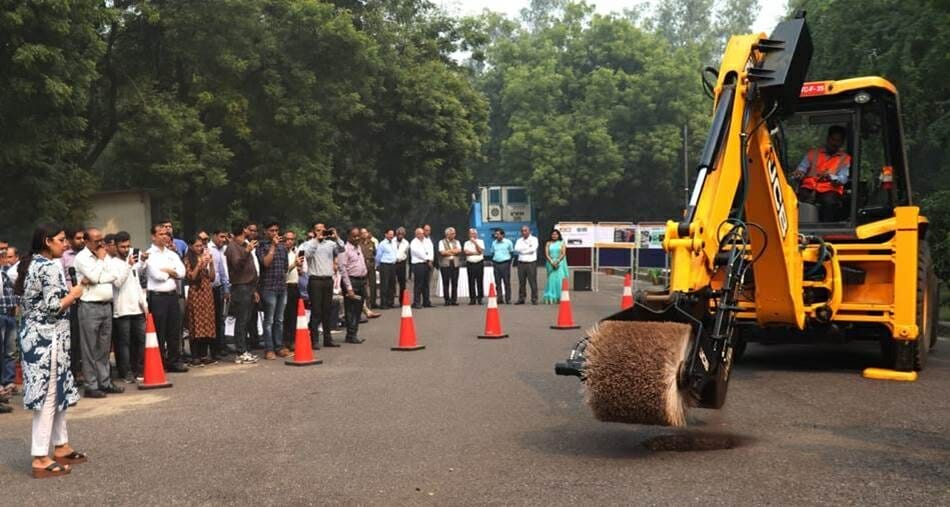 Based on the popular JCB 3DX Backhoe Loader, the machine, along with its set of multifunctional attachments, has been developed indigenously over a period of one year. It is a solution that has been driven by the sector, offering industry-first features designed to transform traditional Roads and Highway maintenance operations in the areas of Safety and Productivity. This new model has been designed to specifically meet the needs of Roads and Highway contractors, Local administration and rental companies. The machine has a set of JCB attachments and controls, integrated on a 3DX Backhoe Loader to carry out Pot Hole repairs.

This innovation was conceptualized one year ago with CSIR-CRRI at JCB India. CRRI has provided its emulsion-based recipe for the filling mix and this solution is an integrated offering by JCB with its attachment and control solutions on a JCB Backhoe Loader. It does not alter the standard hydraulics, engine power, circuits and electrics of the basic 3DX machine. The electrical circuits for the compressed air and the compactor attachment are fully integrated. The machine will also be fitted with JCB’s advanced Telematics Technology called Livelink. This will help in exact monitoring of the progress of repair projects as it will enable real-time updates of the machine movement, location and its operations. 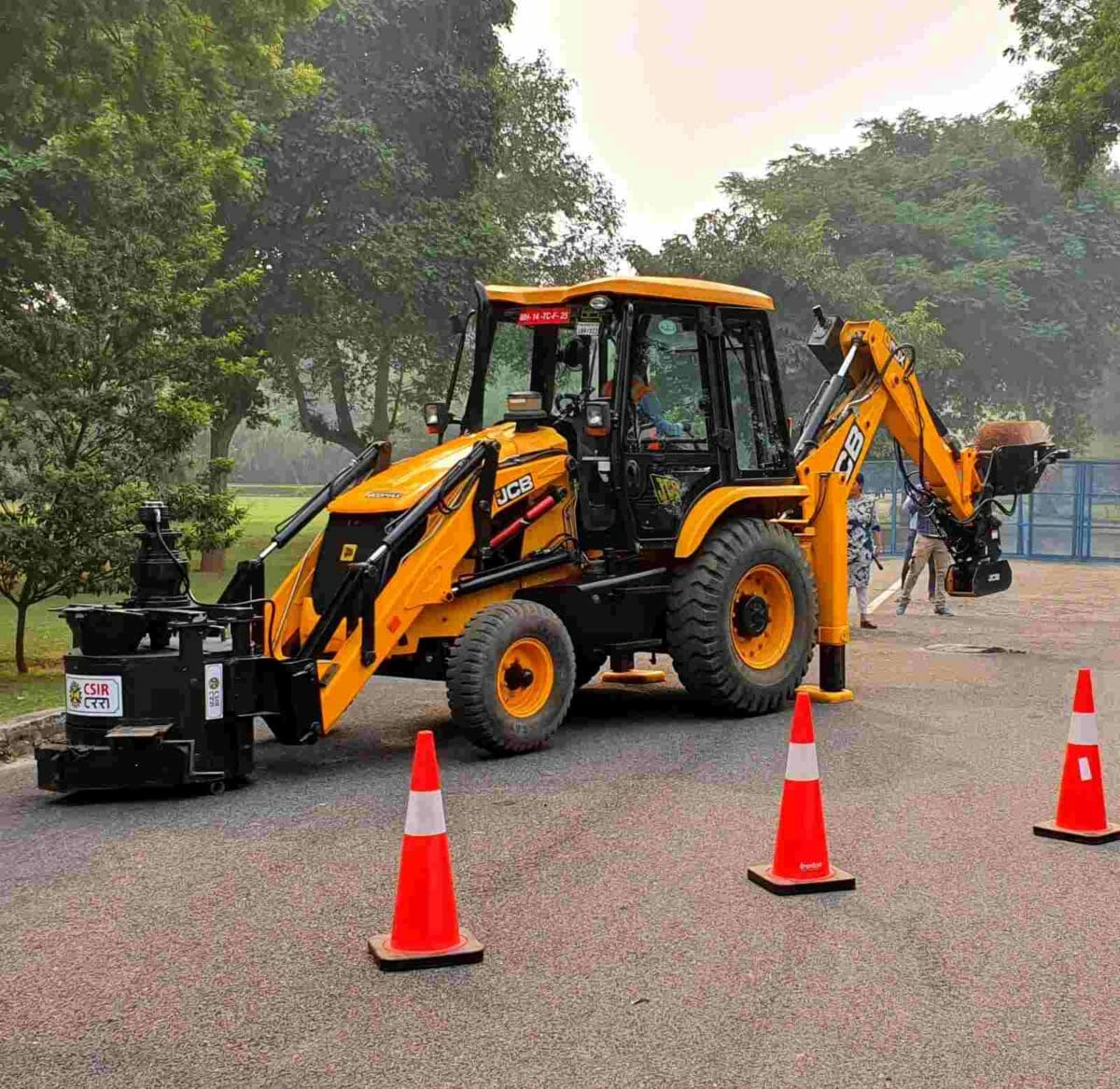 Talking about the new machine, Subir Kumar Chowdhury, MD & CEO of JCB India, said, “Ever since we started our operations in India four decades ago, JCB machines have contributed immensely towards the creation of Roads and Highways across the country. There is a need to develop a modern, productive and viable solution for the repair of roads that have been built over time. This new product developed by us with the support of the CRRI is based on our popular 3DX Backhoe Loader. We feel that it will have significant utility in improving infrastructure in India. It will also help in improving safety through the reduction of accidents caused due to potholes.”