Recently, Rajasthan High Court has decided to cancel the licence of people caught using a phone while driving/riding. In latest news, Hindi newspaper Bhaskar reports that the Jaipur police is evaluating the use of Traffic Spikes Barrier (Road Blade) in Jaipur City to stop people from driving on the wrong side of the road. The measure is being tested as a project to evaluate its effectiveness. Any vehicle entering the road from the wrong direction will suffer a damage to its tyres. The width of the barrier will be around four meters. 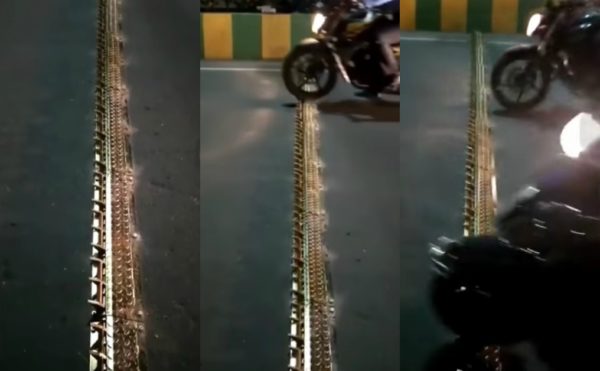 DGP OP Galhotra, during a meeting of ADG level police officers about police modernization, decided to test the project on select roads. If the results are positive, these road blades will be installed in cities like Jaipur, Jodhpur, Udaipur, Bharatpur, Kota, Bikaner and Ajmer. The report further adds that about 10,000 people lose their lives every year in road accidents in Rajasthan. On average, about 150 to 170 people die in Rajasthan every year due to wrong side driving. 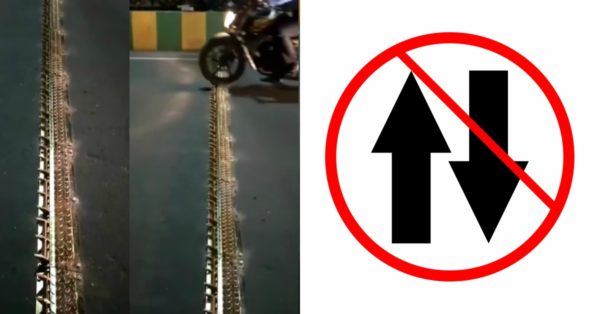 As reported earlier, a similar precaution was installed at Amanora Park in Hadapsar, Pune. However, the local police ordered the removal of the tyre killers as the spikes might result in accidents and cause harm to people.

Note: Images for representation purpose only