Home News Is This The Next Generation RE Thunderbird X?

Just a couple of month ago, the Royal Enfield Thunderbird X was spotted undergoing tests on the roads of Chennai. However, a Thunderbird test mule was once again spotted on the Bangalore-Chennai Expressway, near Ambur, Tamil Nadu. Which means Royal Enfield, is preparing itself for the upcoming BS-VI emission norms for quite some time now. This also means that RE might be collecting some crucial data for the designers and engineers to work on and make the next-generation of Enfields BS-VI compliant. However, could this be the new Thunderbird X or just the BS-6 version of the standard Thunderbird? We’ll have to wait to find out.

Unlike before, this Thunderbird test mule is covered, which probably indicates certain cosmetic changes when compared to the standard Thunderbird. As we all know Royal Enfield along with other 2-wheeler and 4-wheeler manufacturers is planning to upgrade its range of motorcycles with BS-6 compliant engines to meet the emission regulations set by the Indian government. This clearly means that the camouflaged prototype of the updated Royal Enfield Thunderbird spotted near Chennai, will get several aesthetic, as well as mechanical changes, including a new fuel-injected engine and advanced safety features. Mechanically, the bike also appears to have retained the front telescopic forks from its predecessor, however, the rear seems to get a new rear swingarm. All these changes are supposed to lead to many better-performing machines and the refinement levels will also see some improvements. 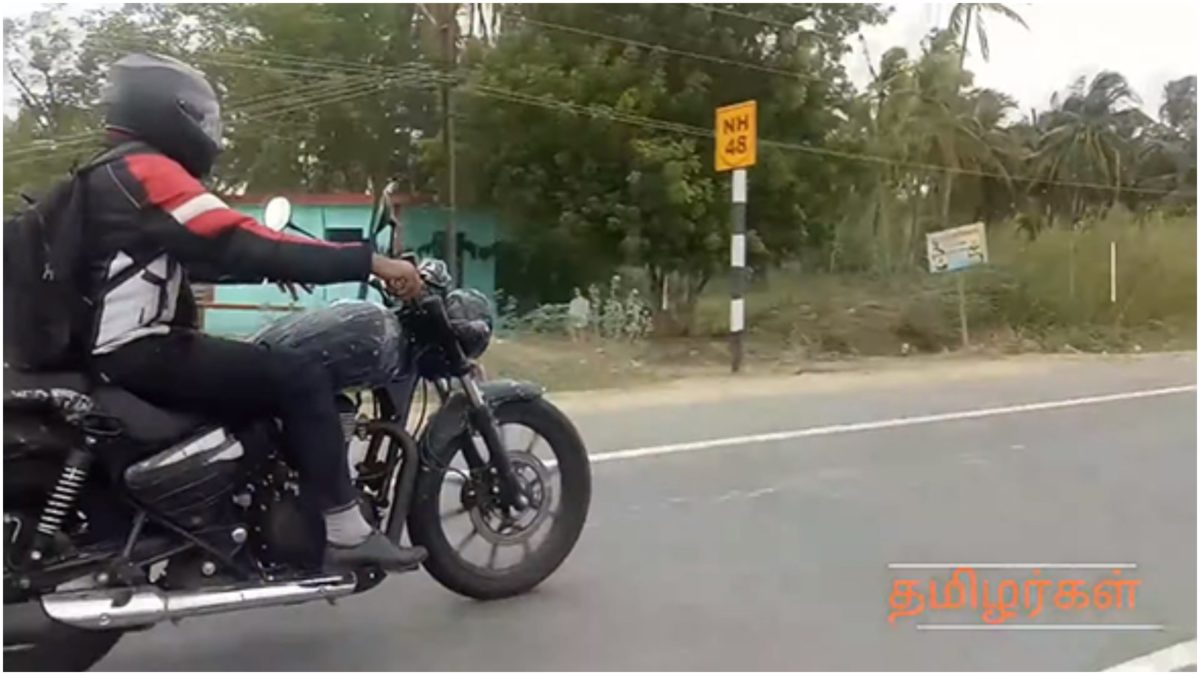 Talking about the existing model, the BS-4 Thunderbird gets a 499 cc air-cooled engine which is good for about 27.2 HP at 5,250 rpm and a maximum torque of around 41.3 Nm at 4,000 rpm. The other design changes which can be noticed in the video are a newly redesigned fuel tank, split seats, a set of redesigned side panels and a lowered handlebar. The exhaust also seems to get a blend of steel plating and a matte black tube, while the engine head seems to be similar. The BS-6 version of the Royal Enfield Thunderbird/Thunderbird X is set to launch in the first quarter of 2020, with an expected price tag of around INR 1.9 Lakhs – INR 2.2 Lakhs (ex-showroom, India).