The Yamaha R15 V3 is arguably the best entry-level sports bike one can buy in the Indian market today. It has a solid engine, making a respectable amount of power and is paired with a chassis engineered to perfection. While it is an ideal bike for beginners, it also is a favourite of well-seasoned riders, who can enjoy exploiting, what is a wonderful chassis. Recently, a new motorcycle from Austra has been launched in the Indian market to challenge this machine. Called the RC 125, this new pocket rocket is aimed directly against the Japanese bike. Just like the Yamaha, the KTM too combines a solid engine, with a well-engineered chassis. 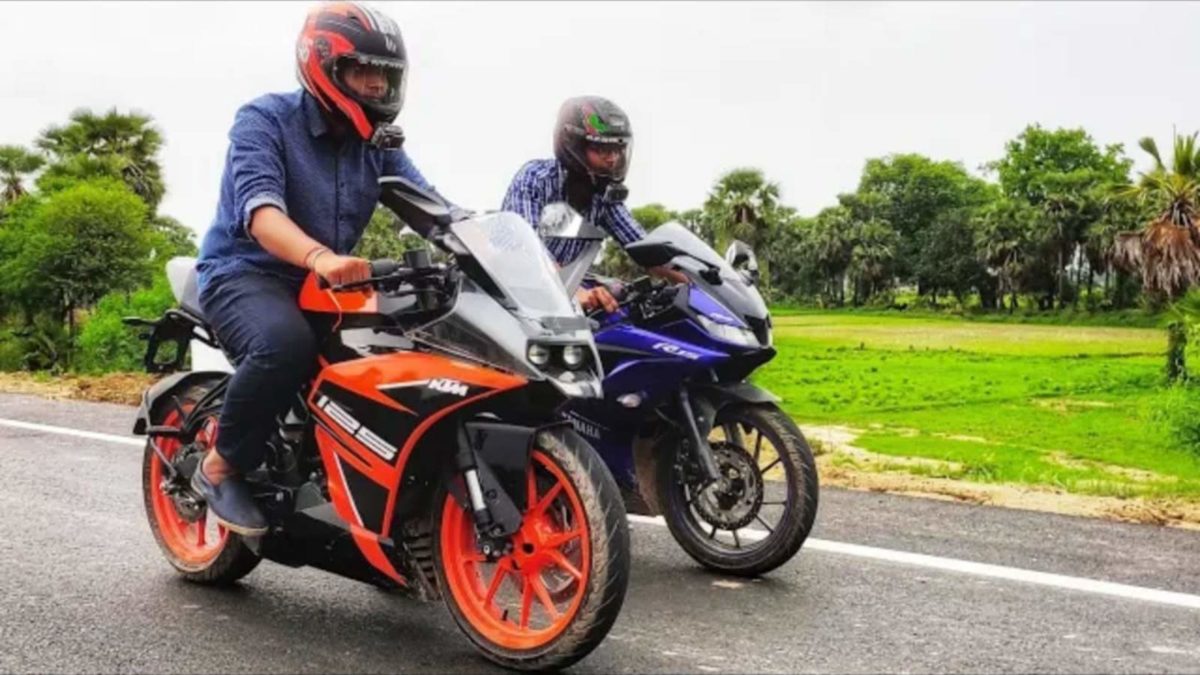 A video uploaded on YouTube Channel ‘Rough rider azam’ showcases a drag race between these two machines. The RC125 is powered by a 125 cc, single cylinder, fuel injected, liquid cooled motor. This engine is tuned to produce 14.5 PS at 9,250 rpm and a twisting force of 12 Nm at 8,000 rpm. This engine is also seen in the Duke 125 motorcycle, the naked sibling of the RC125. The Yamaha R15, on the other hand, is powered by a 155 cc, liquid-cooled, single cylinder motor which equipped with Variable Valve Actuation technology generates 19.3 PS of peak power and 15 Nm of peak torque. The peak power is delivered at 10,000 rpm while maximum twist kicks in at 8,500 rpm. Look at the video to find out which faired machine comes on top.

The difference in power between the two bikes is immediately visible. Despite having a late reaction to the three honks, the R15 jumps ahead. The RC125, despite being on the limit is unable to keep up with the Japanese motorcycle. The R15, due to the extra power also has a higher top speed, going all the way till a speedo indicated 149 kmph. The RC125, on the other hand, tops out at around 126 kmph, after which the Yamaha just disappears ahead. That said, these two machines are not made for straight-line racing and when you want to corner with precision and ease, both these machines are more than capable of doing the job and no choice can be wrong.