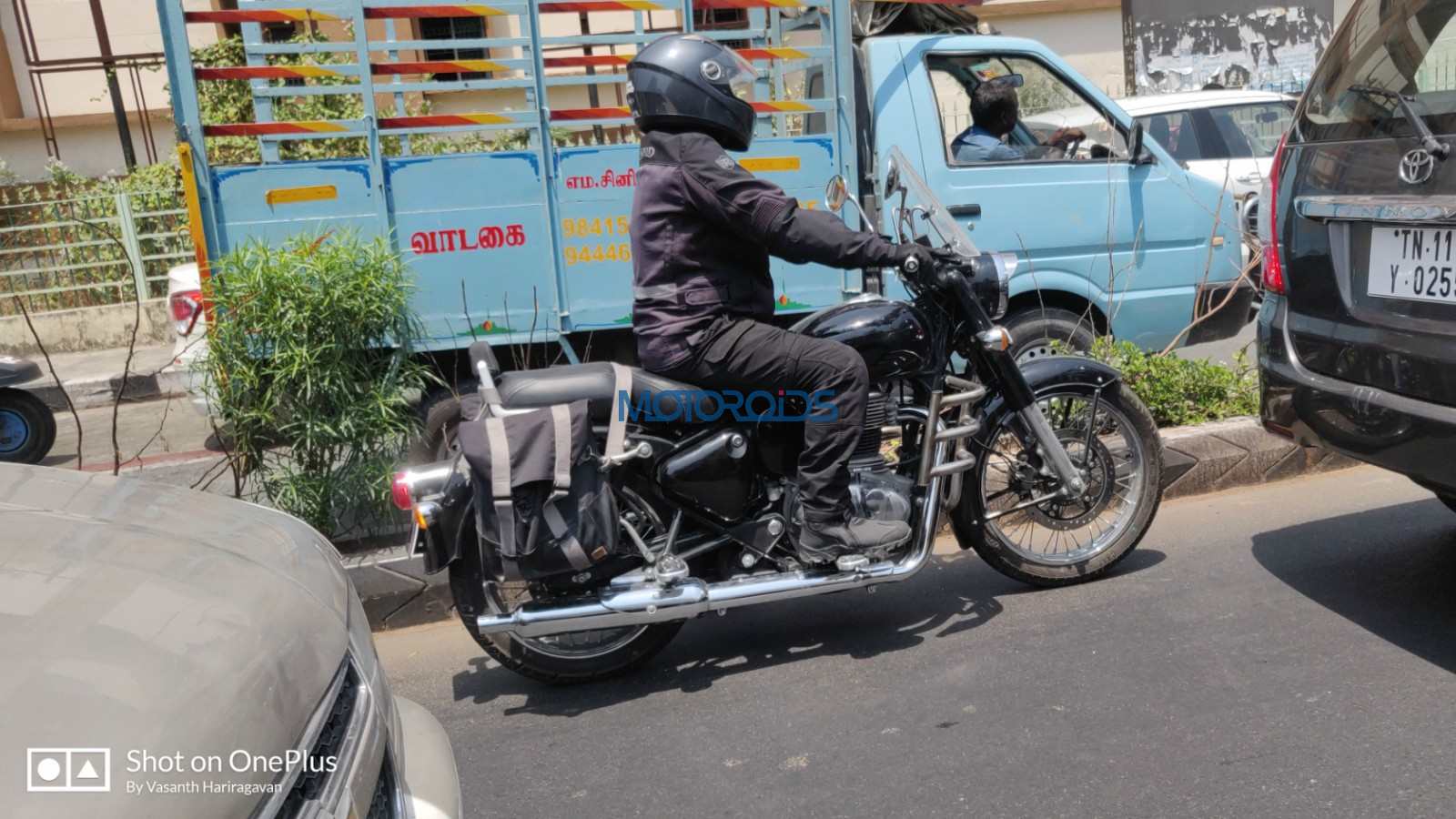 First up, notice the tall windscreen, which is also available as an optional accessory for the current-gen Classic. However, some other details confirm the fact that this will be a more comfortable motorcycle than the existing model. The seats, although still a split setup, appear to be well padded and the rider’s saddle, in particular, has gotten rid of its old school springs. The pillion seat has been placed slightly higher than how it is on the current-gen Classic. It looks more like how things are on the current-gen Thunderbird and since the pillion will sit slightly higher, it won’t make the front-end become lighter and the rear saggy, like it happens on the Classic, which this example will replace. There’s a tiny backrest for the pillion too.

If you haven’t until now, notice how the footrests for the rider and pillion both, are flat, and have a lot of surface area for both occupants to place their feet comfortably. There seems to be some revision for the chassis and swingarm too and the engine’s block appears to be differently designed as well. The front disc has switched its place from left to the right and is a different unit than the one that comes fitted on the existing Royal Enfield Classic. The mirror’s stem appears to be taller and in terms of cosmetic changes, the tail light cluster and the trafficators follow a new design. The Ceat-sourced tyres look like they are identical in size to what comes fitted on the current-gen bike. If you look at how worn the rear tyre is, it appears that the motorcycle has been tested pretty extensively.

We’d also like to think that these new-gen Classics do get a much needed fuel gauge and overall quality will in all probability improve. The Royal Enfield Thunderbird is being upgraded too and we’ll most probably see simultaneous arrivals of these updated motorcycles. But we’ll come back with more updates. Until then, stay tuned.