The supercar scene in India is on fire with quite a few exotic entrants just two months into the new year such as the 2018 911 GT3 with a manual transmission, Green Hell Magno Mercedes-AMG GT-R and the first Rolls-Royce Phantom VIII to name a few. 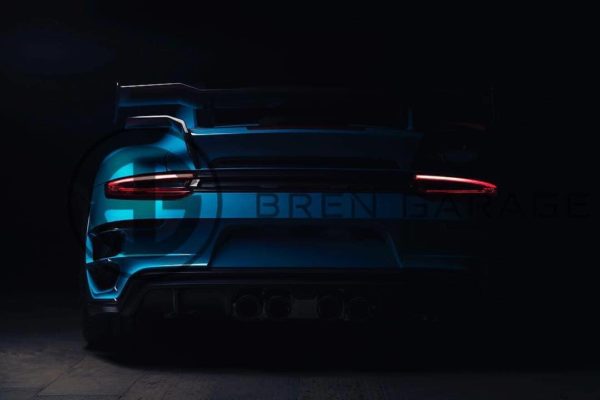 Now, India’s first TechArt GT Street R has surfaced in Bengaluru. Based on a Porsche 911 Turbo S from one of the region’s popular garages, this TechArt GT Street R is currently the only one of it’s kind in the country. What makes this model even more special is the fact that it is also the very first GT Street R to be built outside the automobile tuner’s facility located in Germany.

Chassis number 7 of just the 30 units that TechArt will build, this GT Street R comes loaded to the gills inside out. For the exterior, the model features a carbon-fibre body-kit for enhanced airflow, centre mounted exhausts and the double wing at the rear. Also on offer are lightweight wheels and a reworked chassis and exhaust system.

Inside, the model has been has been customised based on the customer’s preference. The engine too, has received a power kit from TechArt which bumps up the power figures that now stand at a mind-boggling 720 hp and 920 Nm of torque. These figures enable the TechArt GT Street R sprint from 0-100 kmph in just 2.5 seconds, making it the fastest car in the whole country. Meanwhile, another country first model, an Italian with a V12 heart if you must ask, is headed to East India as we type this. More on that soon. Stay tuned.