Back in August 2017, Bengaluru became home to the first ever McLaren to land on Indian soil, and the model was none other than the 720S supercar. Barely a week later, another unit of the McLaren 720S made its way to the financial capital of the country, Mumbai. 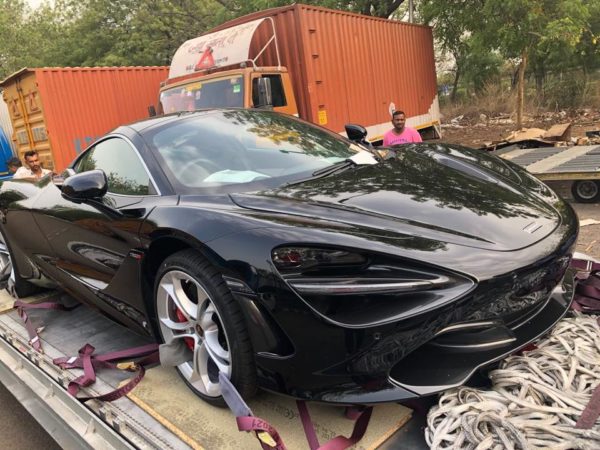 While India’s first 720S by McLaren, finished in a shade of Memphis Red, made its way back to Dubai as it had arrived in the country via the carnet scheme, the second 720S is still occasionally spotted tearing up the streets of Mumbai. Now, another McLaren 720S, finished in a shade of black, has landed in the country. What makes this unit of the 720S special is the fact that unlike the previous units, this is a Right Hand Drive (RHD) unit and is here to stay, making it the first resident 720S of the country.

As seen in the images here, the McLaren 720S has just been unloaded and will soon head to its owners residence in Pune. This 720S will share its garage with a range of exotics including India’s only Ferrari 458 Speciale Aperta, Lamborghini Gallardo SE, Rolls-Royce Drop Head Coupe (DHC), Mercedes-Benz SLS AMG, Nissan GT-R, Mercedes-Benz CLA45 AMG, BMW M3, Ford Mustang GT and so on. 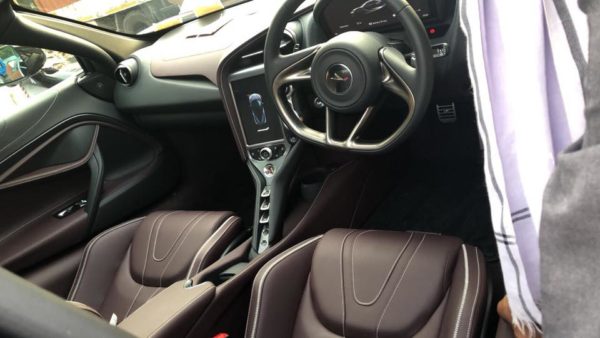 Under the hood of the McLaren 720S is a 4.0-litretwin-turbocharged engine. This engine is capable of producing a maximum power output of 720 hp while the peak torque is rated at 770 Nm. Speeds of 0-100 kmph can be attained in a mere 2.8 seconds, all the way up to a top speed of 341 kmph. We can’t wait to see this British beauty sporting MH registration plates.