Back in April this year, Kawasaki launched the Ninja 400 in India. The company had also announced an introductory discount of INR 20,000 for the model if bookings were made before April 30, 2018. Recently, a single unit of the model was spotted at what seemed to be the company’s factory located in Pune. 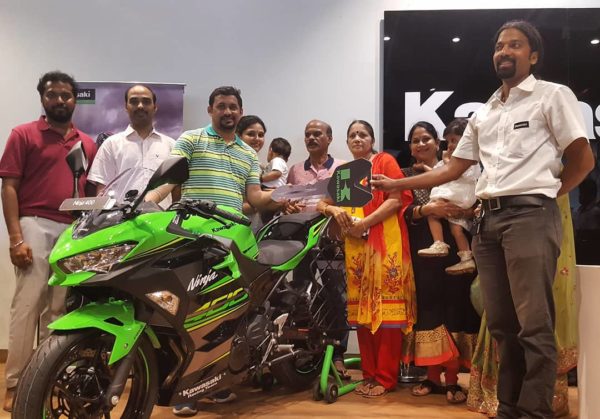 Now, the country’s first Kawasaki Ninja 400 has been delivered to its owner, Rohan Pawar, in Mumbai. The model was delivered by Anzen Kawasaki, the official dealership for the brand in the region. The new Ninja 400 cost the owner INR 5.76 lakh (0n-road, Mumbai).

Based on a new Trellis frame, the 2018 Kawasaki Ninja 400 is 6 kgs lighter than its predecessor, the Ninja 300. Feature wise, the model comes equipped with dual LED headlamps, ZX-10R inspired LED tail light, new LCD panel for the instrument console and ABS. Design wise, the model receives a sharper design for the headlight cluster, body panels, fairing, and fuel tank while the LED turn indicators continue to be mounted on the fairing of the motorcycle. 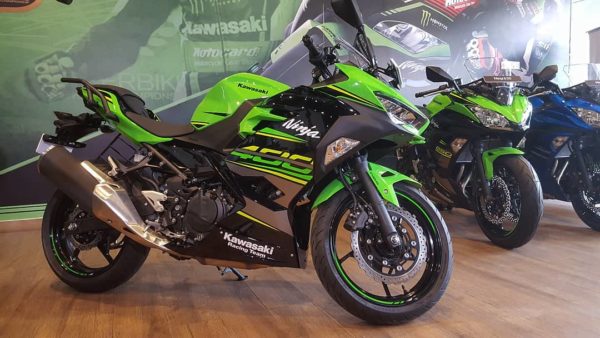 Propelling the Kawasaki Ninja 400 is a 399 cc, liquid cooled, parallel twin engine. This motor produces a maximum power output of 49 PS at 10,000 rpm and while the peak torque of 38 Nm comes up at 8,000 rpm. This engine is mated to a six speed transmission. Prices for the Ninja 400 start at INR 4.69 lakh (ex-showroom Delhi).