The new Chevrolet Beat has been spied testing in India for the first time sans camouflage, suggesting that a launch is imminent. The new Beat was first previewed as a concept at the 2016 Auto Expo in February last year, and was later revealed through a single press image in June 2016.

The new Chevrolet Beat is essentially a heavily reworked version of the outgoing model, with the platform remaining the same. With significant updates to both the exterior and the interior, the new Chevrolet Beat will reportedly be pitted as the most affordable car in its segment. 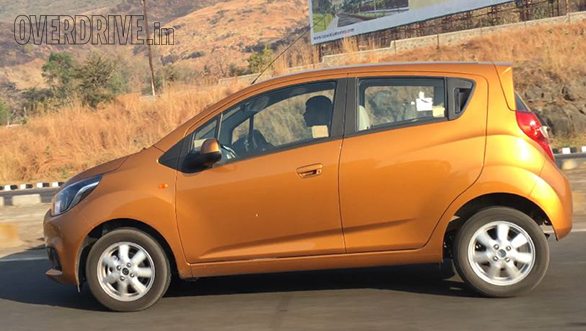 Exterior updates include a new dual port grille and redesigned headlamps with blackened inserts up front, while the sides retain the trend setting C-pillar mounted door handle. The rear end of the new Beat sees the number plate recess re-located to the rear bumper from the hatch, along subtly refreshed tail lamps.

Inside, the model will receive fresh features such as a new 7-inch infotainment equipped MyLink infotainment system and dual tone interiors while the motorcycle inspired instrument cluster will be retained. 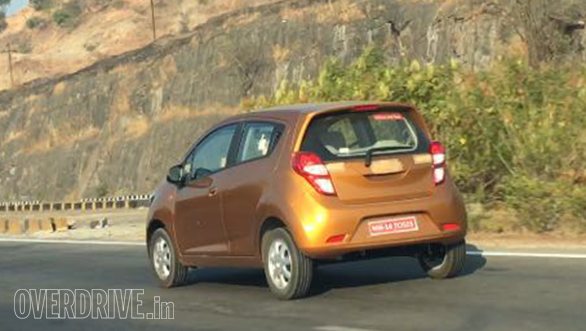 As for mechanical updates, the existing 1.2-litre petrol and 1.0-litre diesel engines may receive minor tweaks for more efficiency and lesser emissions. The new Chevrolet Beat is expected to be launched by June-July 2017, and will be pitted against the Tata Tiago and the Hyundai Grand i10.

Apart from the new Beat, GM India has also stated that it would be launching two more derivatives based on the new Beat, with both of them due for a launch this year. The two models include the Beat Activ, a cross hatch (see gallery below) and the Beat Essentia compact sedan; both were showcased at the 2016 Auto Expo.