Previously, reports indicated that Hero MotoCorp is working on the next-generation Karizma ZMR for the Indian, as well as the international markets. However, the next-generation model is not expected to arrive before 2020. So what should we expect in the meantime?

The Hero MotoCorp Karizma ZMR, which suffered lackluster sales, will soon make comeback as the Indian two-wheeler manufacturer has listed the new prices of two variants of the motorcycle on its official website. One of the two variants gets a single tone paint and has been priced at INR 1,08,000 while the other model, with dual-tone paint, is available for INR 1,10,500 (both ex-showroom Delhi). Those prices are marginally higher than the previous model which was listed for about INR 1,05,000 (ex-showroom Delhi). 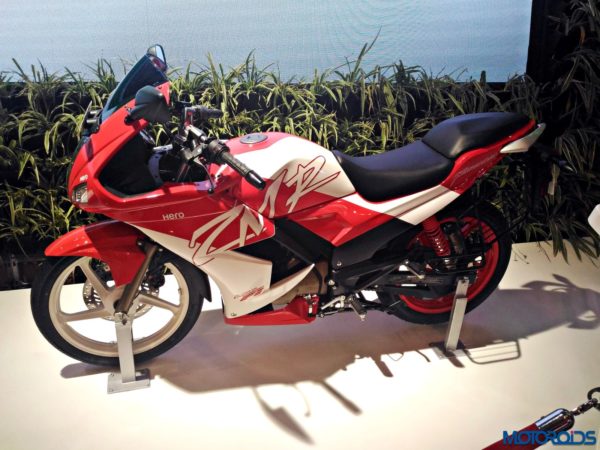 Surprisingly, the specifications listed on the official website remain unchanged and there is still no mention of BS-IV compliance or addition of ABS. In fact, the images that are still listed on the official website continue to display the discontinued, BS-III model which came with a headlight switch. However, we expect that to change as soon as the new model is officially announced. 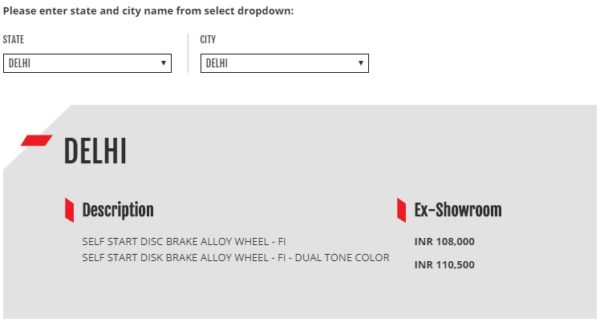 The mechanical specifications list the same 223cc air-cooled, 4-stroke single cylinder OHC engine with Fuel Injection and Oil Cooler that is tuned to deliver 14.9 kW (20 BHP) of power @ 8000 rpm and 19.7 Nm of torque @ 6500 rpm. Those numbers are not likely to change much either. The motorcycle will continue to use a five-speed transmission.

Rest of the hardware will remain pretty standard as the motorcycle will continue to use the conventional telescopic suspension upfront and twin-sided rear shock absorbers. Braking department is not likely o receive any upgrade too and the motorcycle is expected to arrive with 276 mm and 240 mm single discs at front and rear respectively. 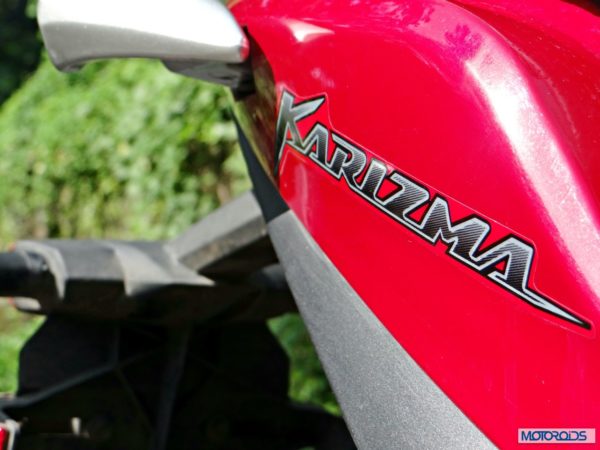