The official photographs of the production spec Hero MotoCorp XPulse have surfaced on the world wide web, revealing finer details about the upcoming motorcycle. As seen in the images, the production spec Hero MotoCorp XPulse isn’t too different from the concept which was first unveiled at the EICMA 2017. The motorcycle will feature subtle styling cues. 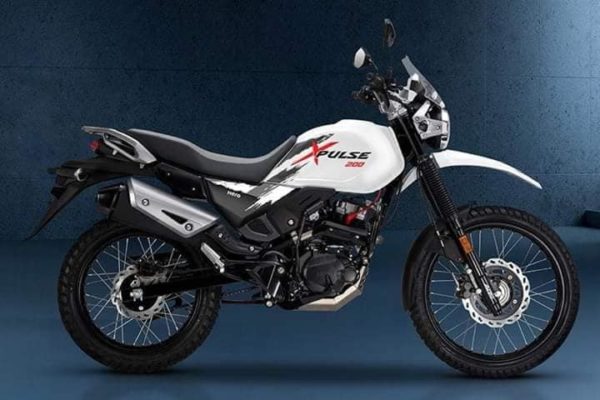 Upfront, the motorcycle uses a spherical full LED headlight, a tall-set front fender, a windscreen, dual-tone knuckle guards, and a large front wheel. All the ride related data will be showcased on a full-digital instrument console. The instrument console features a digital tachometer on the top, a gear position indicator on the left corner, and the speedometer in the centre. The fuel gauge is placed right next to the speedometer, while the odometer sits at the bottom. On the right are two trip meters, a average speed recorder and trip time indicator. The tell-tale indicators sit above the digital console while the ‘Mode and ‘Set’ buttons are placed to the right. 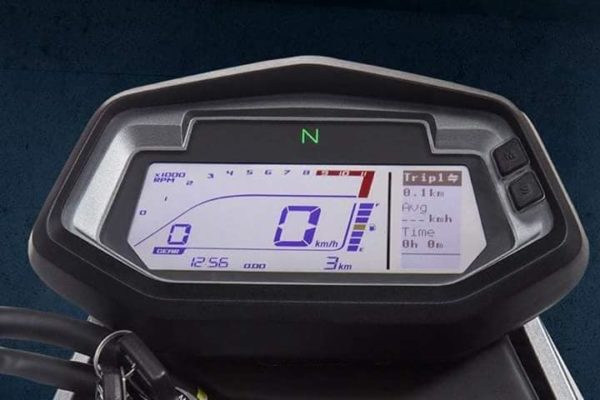 The fuel tank isn’t too fancy but the lean design should offer better grip while going off the tarmac. Underneath, the new engine is protected by a bash plate while a pair of crash guards on the sides are aimed to save the bodywork in case of a fall. At the rear is a tall set exhaust canister which will come handy while water wading, or in some cities during monsoon. The XPulse also features LED tail light, and conventional blinkers with clear cover. 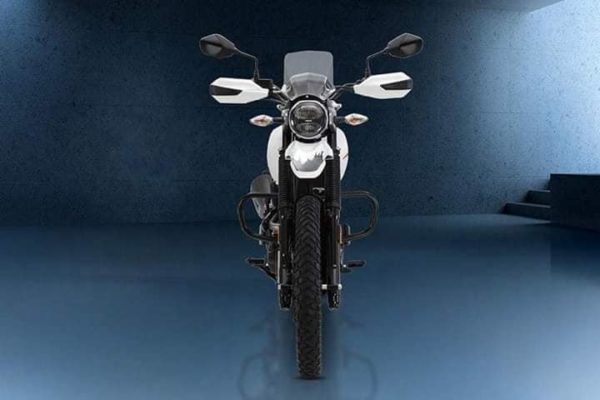 Suspension duties are performed by conventional telescopic forks at the front and a monoshock suspension at the rear. Both the units get protective covers for longevity. 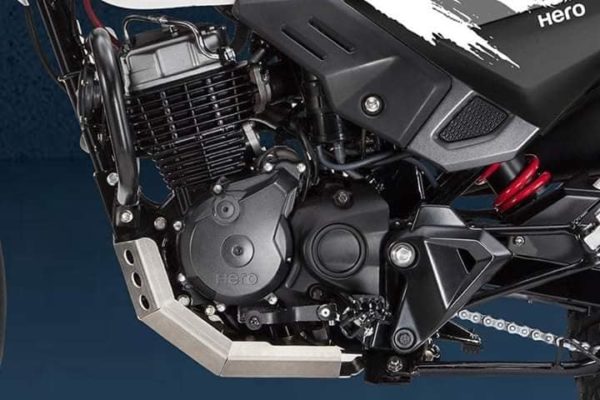 The motorcycle uses wire-spoked wheels on both ends, which are wrapped in dual-purpose (most definitely tube) tyres. Stopping power is provided by disc brakes at the front and the rear although the motorcycle will feature a single channel ABS.

Mechanically, the XPulse uses a 200cc fuel injected, single-cylinder, air-cooled engine which is tuned to deliver 18.4 PS of power and 17.1 Nm of torque. Hero MotoCorp aims to launch the motorcycle below the INR 1 lakh (ex-showroom) mark along with the new Xtreme 200R. In a recent press release, Hero MotoCorp had announced that it will launch four new products — Xtreme 200R, XPulse, Duet 125 and Maestro Edge 125 — in the coming months.