Mahindra, leading Indian car manufacturer has been working on a new generation of engines. These new engines would power their extensive range of cars when the new BS-VI emission norms are put into effect from next year. Ahead of the launch of these new cars, one of our readers, Srinath Srinivasan has managed to capture the BS-VI compliant TUV300 Plus SUV undergoing tests on the roads of Chennai. The spy shots reveal a number of design elements the car would come with and the fact that there is an Adblue tank, right beside the diesel tank confirms the fact that this car is indeed running a new generation BS-VI engine. 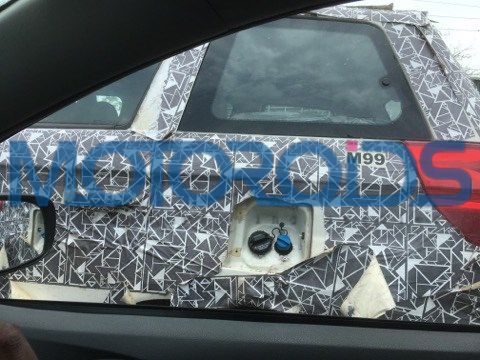 Just like the BS-VI compliant TUV300 that was spied some time back, the TUV 300 Plus also seems to carry the same changes. A new touch that can be seen on this test mule is a new upright grille, which gets vertically stacked design elements. One can also notice the larger air dam located at the lower end of the bumper, which would feed more air to the engine and also help to keep the hot parts cool. The headlights, however, seem to be a tempory fixture on this test mule, and the production model can be expected to have a different assembly to light up the road. Things at the side and rear, appear to remain unchanged. Unlike the TUV300, which was given a cosmetic update very recently, Mahindra left the TUV300 Plus untouched. 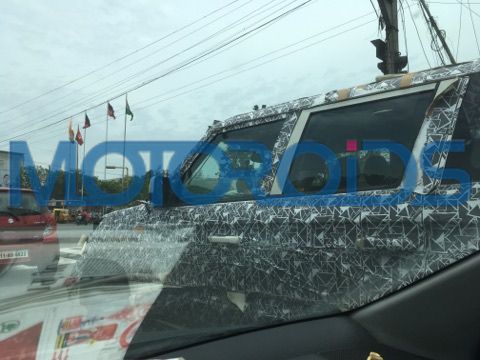 Launched as a longer version of the TUV300 SUV, the TUV300 Plus offers more space and more practicality. Unlike the TUV300, the TUV300 Plus can accommodate 9 people with two rather long benches in the rear compartment. Moreover, the car also has additional storage space on offer and comes with a larger engine than the TUV300. This SUV, currently uses a 2.2-litre mHAWK D120 engine which offers 120 hp of peak power and 280 Nm of maximum twist is available. The engine comes married with a 6-speed manual gearbox as standard. In its BS-VI avatar, the car is very likely to use the same 2-litre oil burner which would be shared between the next generations of the Scorpio, XUV500 and Thar SUVs in different stages of tune. Keep looking at this space for more news on this SUV and do have a look at the gallery below to see more spy images of the car.