We recently stumbled upon a YouTube video that captures the Bajaj Dominar 400 hit a speedometer indicated top speed of 194 kmph which sounds fishy to us. The description also suggests that the motorcycle is running on stock ECU which further questions the authenticity of the video as the Dominar 400, in the factory tune, does about 155-160 kmph in the top gear.

You May Like – VIDEO: Bajaj Dominar 400 Takes Another Dig At Its Rivals 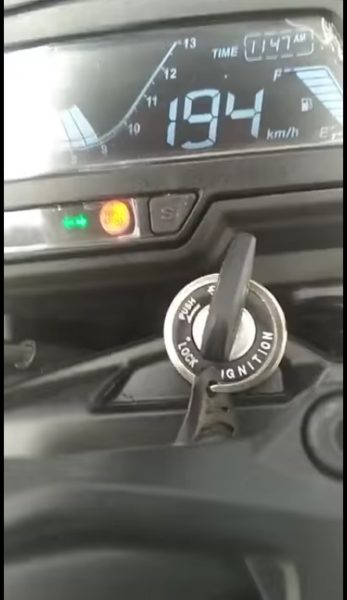 Disclaimer: We do not support rash riding on public roads. Always adhere to the speed limit and follow all the traffic rules.