The Honda CR-V was been in the Indian market since quite some time. It may have lost its popularity because of Honda offering no diesel engine for the Indian models, yet it survived and has been in the market for some generations. The new fifth generation CR-V was rumoured to get a new diesel engine option at the auto show this year, where it was unveiled for the first time. The rumour turns out to be true and Honda shall launch the new CR-V on 9 October 2018, with both diesel and petrol engines. This was a much needed step to bring the CR-V back to the mind of Indian buyers, who have been dismissing it for the lack of a diesel power-plant. 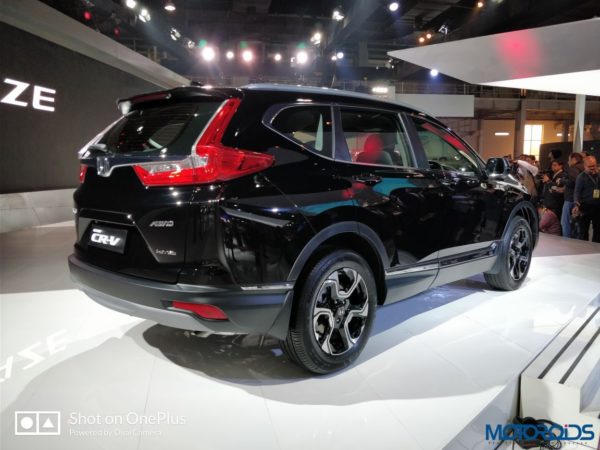 The 1.6 litre diesel unit makes 120 bhp and 300 Nm of torque which is on par with Mahindra Marazzo’s new diesel unit. It may feel a bit under powered compared to the bigger SUV’s the CR-V is aimed to go against. The engine will be paired to a 9 speed automatic transmission, which comes with gear selector buttons instead of a standard gear lever. The petrol engine is a 2 litre unit which churns out 154 hp and 189 Nm of torque. The petrol unit is mated to a CVT gearbox unit. The fifth generation civic will miss out on manual transmission due to less demand of the same in this segment. 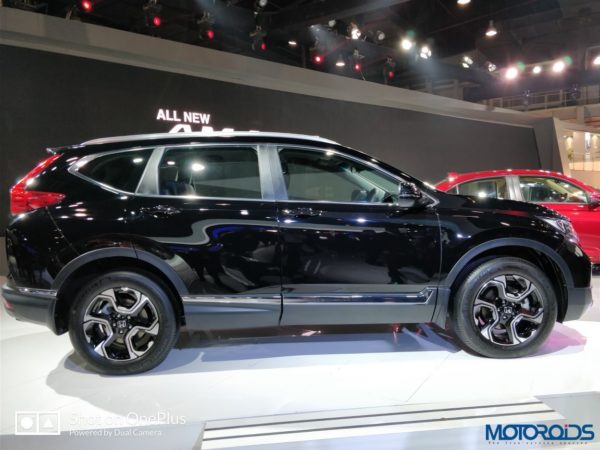 Also Read: Buying a New Honda Car Could Get You an All Expense Paid Trip to London and Paris

Design wise, the new CR-V gets an updated look with a new front grille, new headlights with DRLs and bigger dimensions. The CR-V also gets a bit more practicality in form of an additional row of seats, yes the new CR-V is now a 7 seater. The SUV also stands a bit taller with new precision cut 18 inch alloy wheels. Expected to priced from about INR 30 L Ex-Showroom. Once launched the CR-V will go against the likes of Hyundai Tucson, Mitsubishi Outlander and the Volkswagen Tiguan. Keep looking at this space for more updates on the upcoming CR-V along with a detailed review in the future. Below are some images of the new CR-V taken at the auto expo this year.