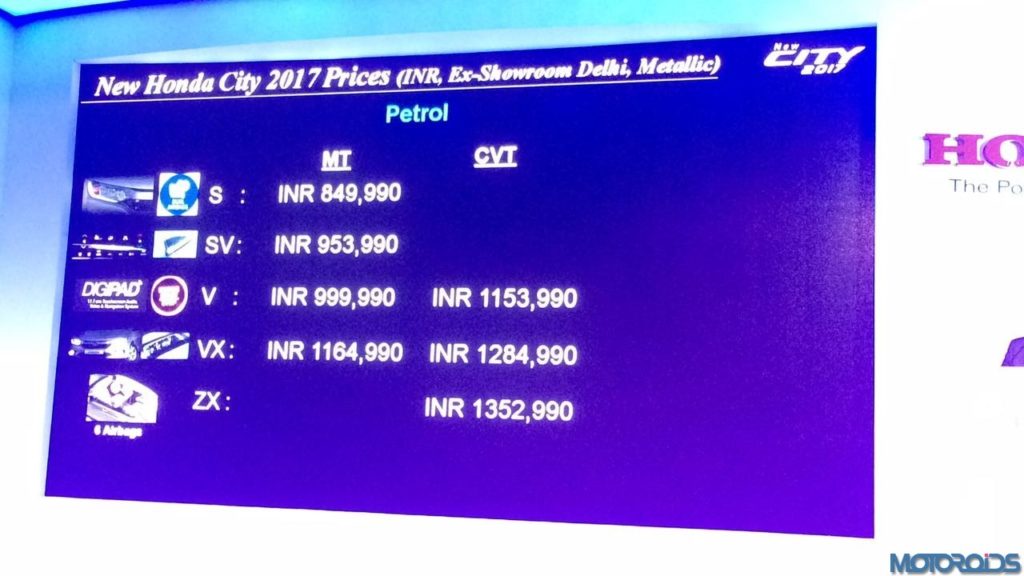 The range also benefits from the addition of a new flagship grade — “ZX”. 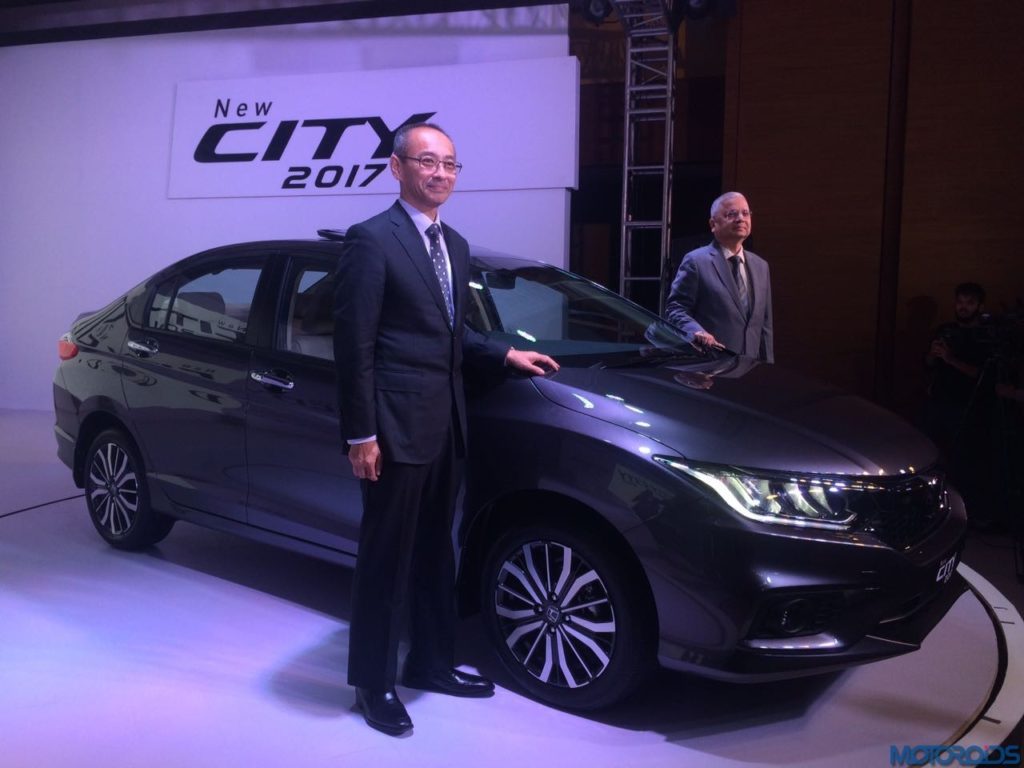 Speaking on the occasion, Mr. Yoichiro Ueno, President and CEO, Honda Cars India Ltd. said, “The Honda City has been our most successful model in the country. It has brought joy to over 6.5 lakh customers across the country and has been India’s most successful sedan since its launch in 1998. It has also been the industry benchmark for quality and has been ranked No. 1 by the JD Power Initial Quality Study 14 times since its inception in the Indian market.” 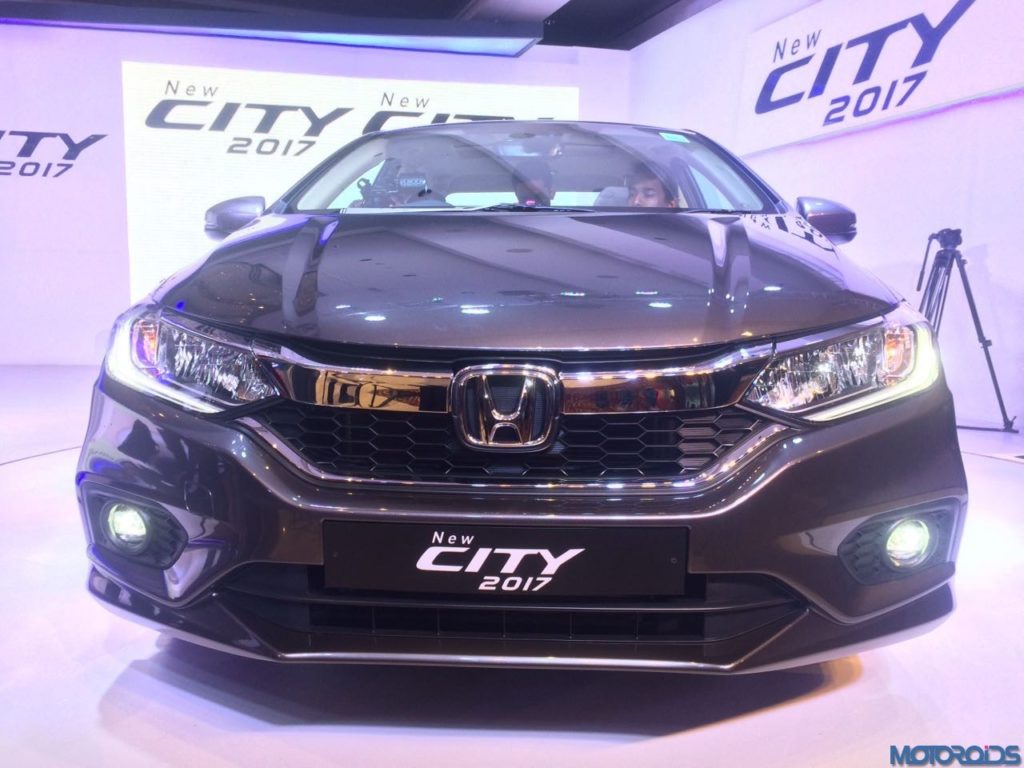 “With the launch of a much-enhanced new Honda City 2017 we aim to exceed our customers’ expectations by offering amazing value at a very competitive price. I am confident that with the new City, we will regain our leadership position in the segment”, he added. 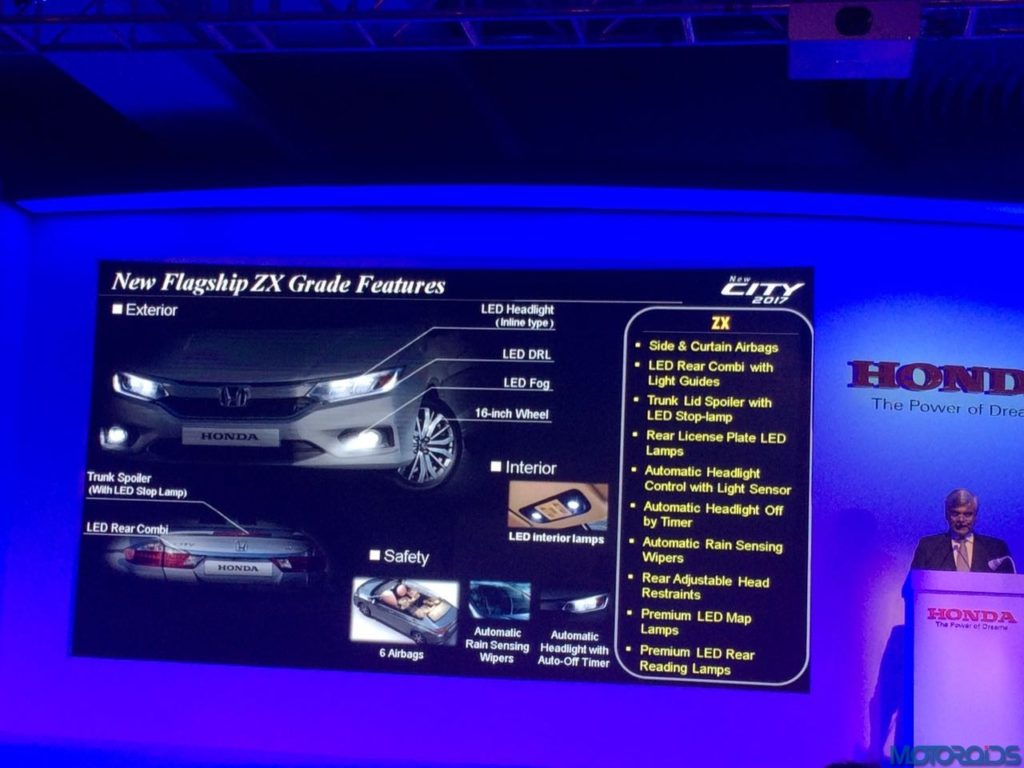 Up front, the new City gets a new, wide-opening bumper design and a new signature front chrome Honda grille connecting the two headlights. Talking about illumination, the 2017 Honda City offers something called the LED Package. 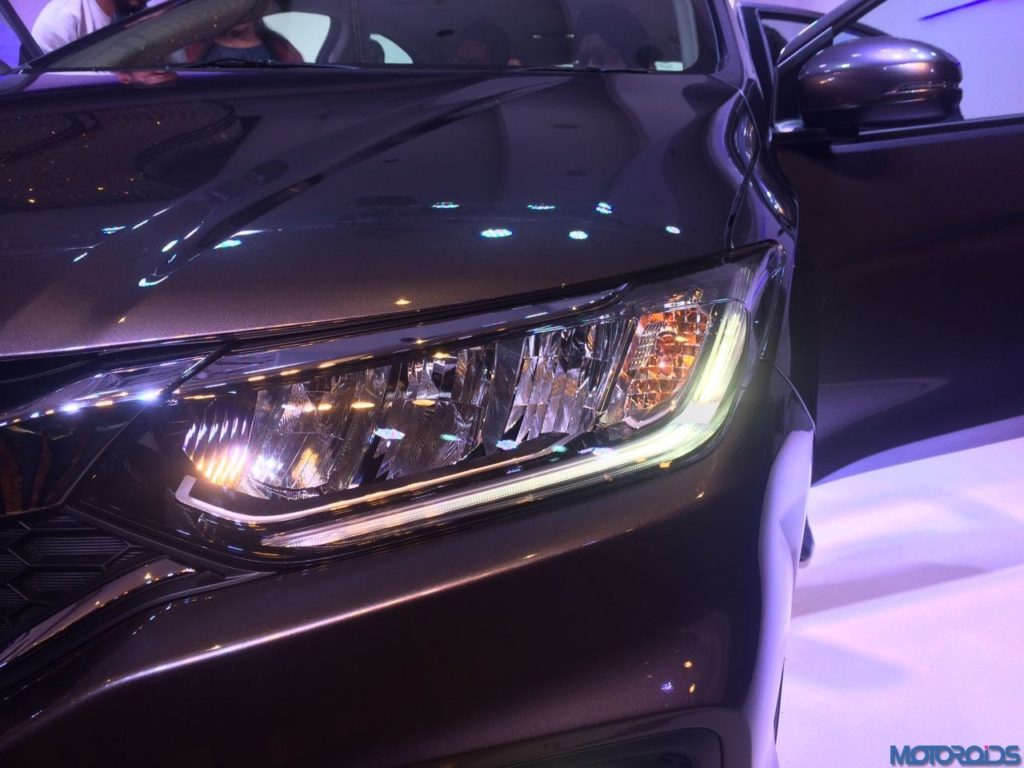 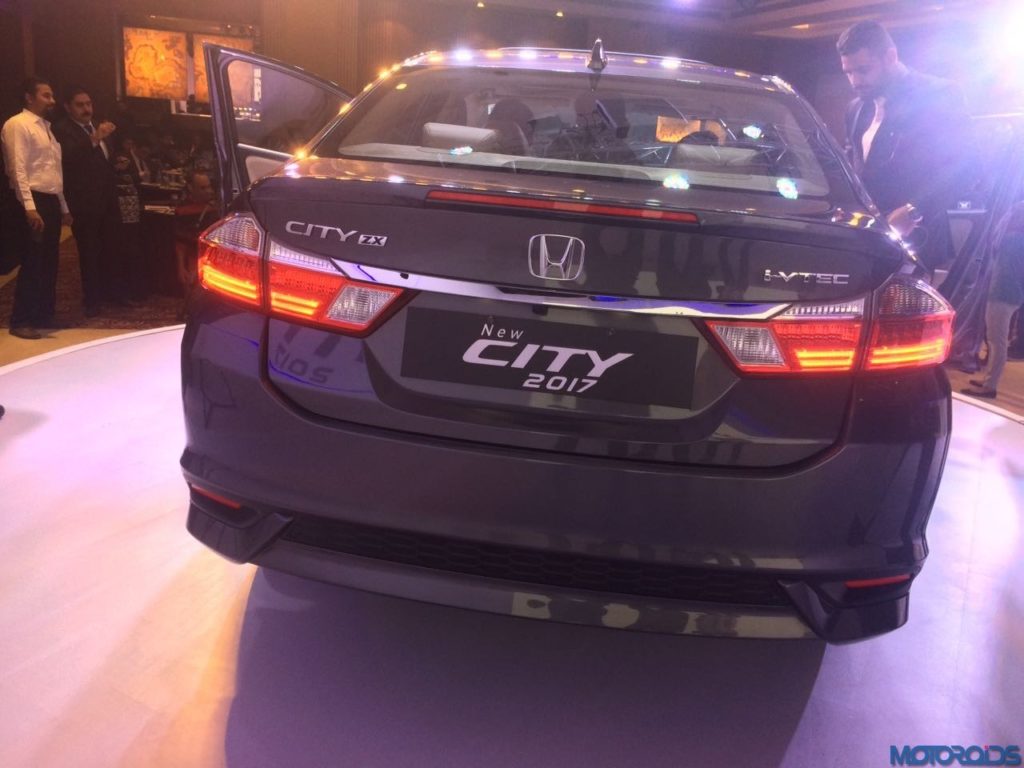 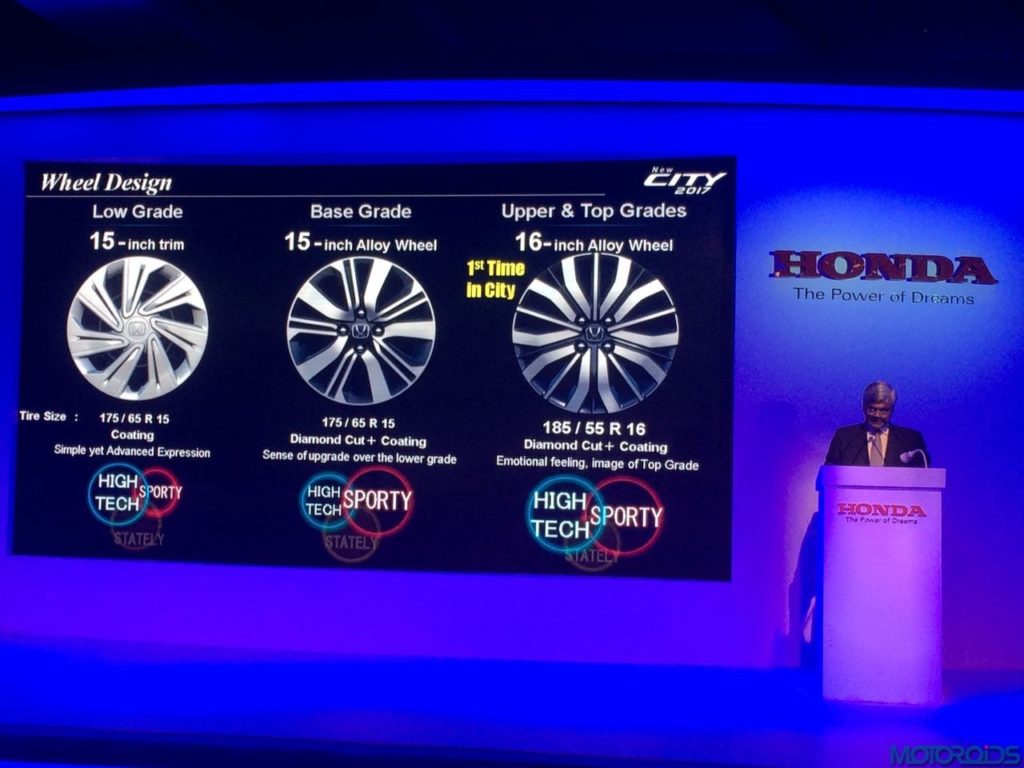 The new Honda City 2017 will also have new diamond-cut and two-tone alloy wheel design for both 15 and 16 inch wheels. The new City also has first-in-segment auto-folding door mirrors in V, VX and ZX grades. 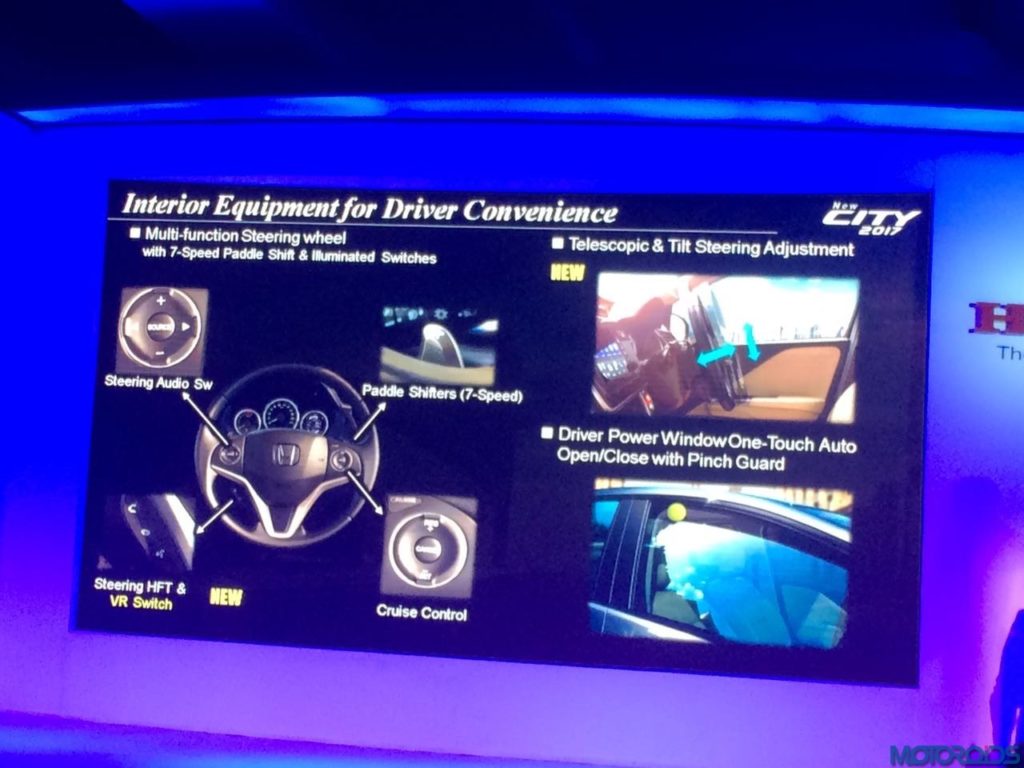 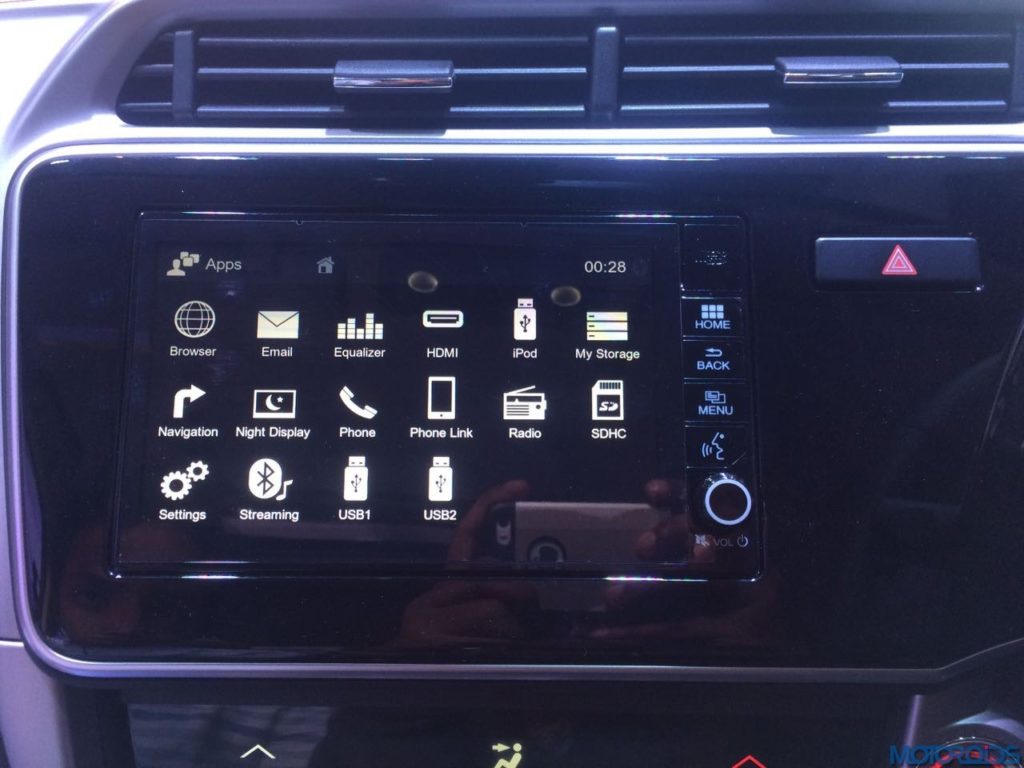 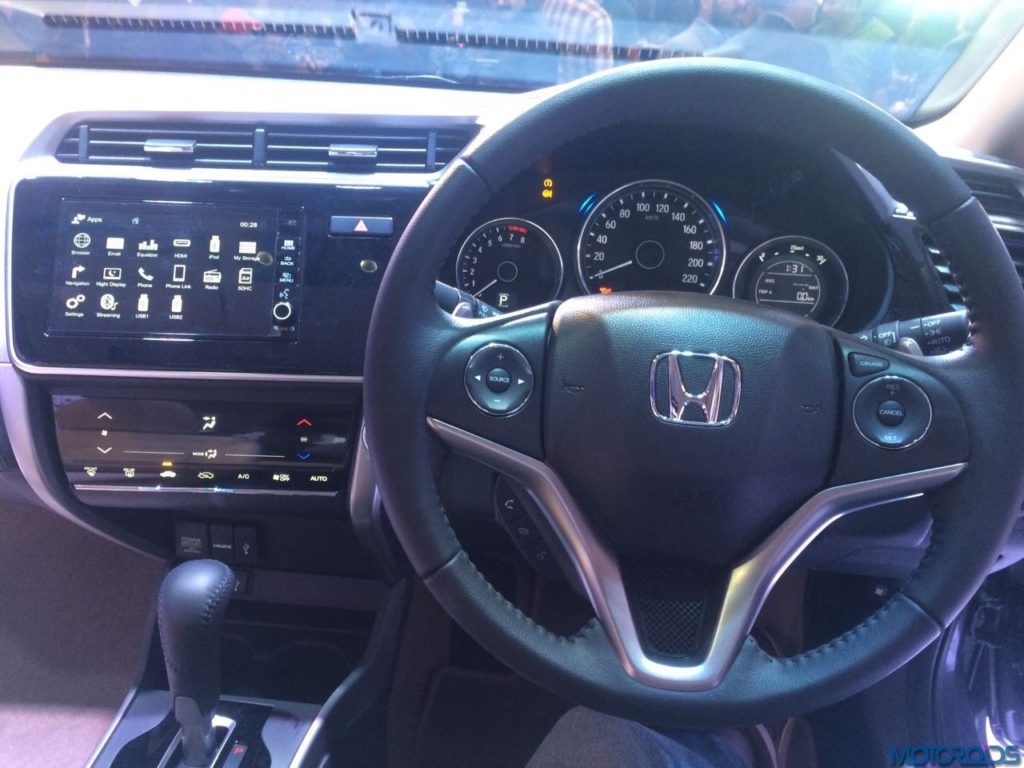 The interiors of the new City are draped in beige upholstery with dual-tone beige & black trims. 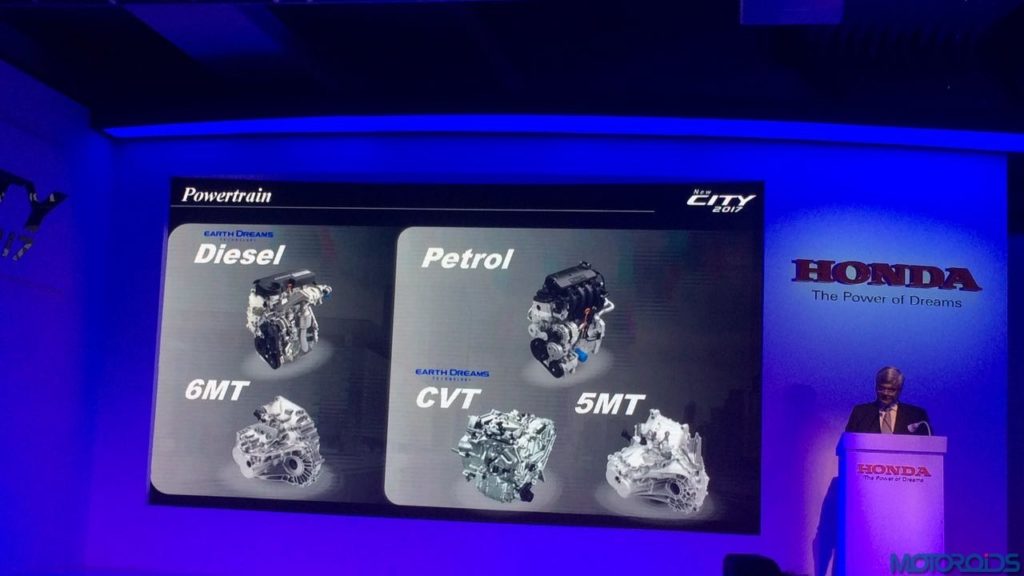 The diesel City is powered by the 1.5-litre i-DTEC diesel engine that will deliver a fuel economy of 25.6 kmpl and a maximum power of 100 PS@3600 rpm with a max torque of 200 Nm@1750 rpm. It has been mated to a 6-speed manual transmission. Further, in the Diesel model, a number of new sound and vibration absorption technologies have been applied to further reduce the NVH levels. 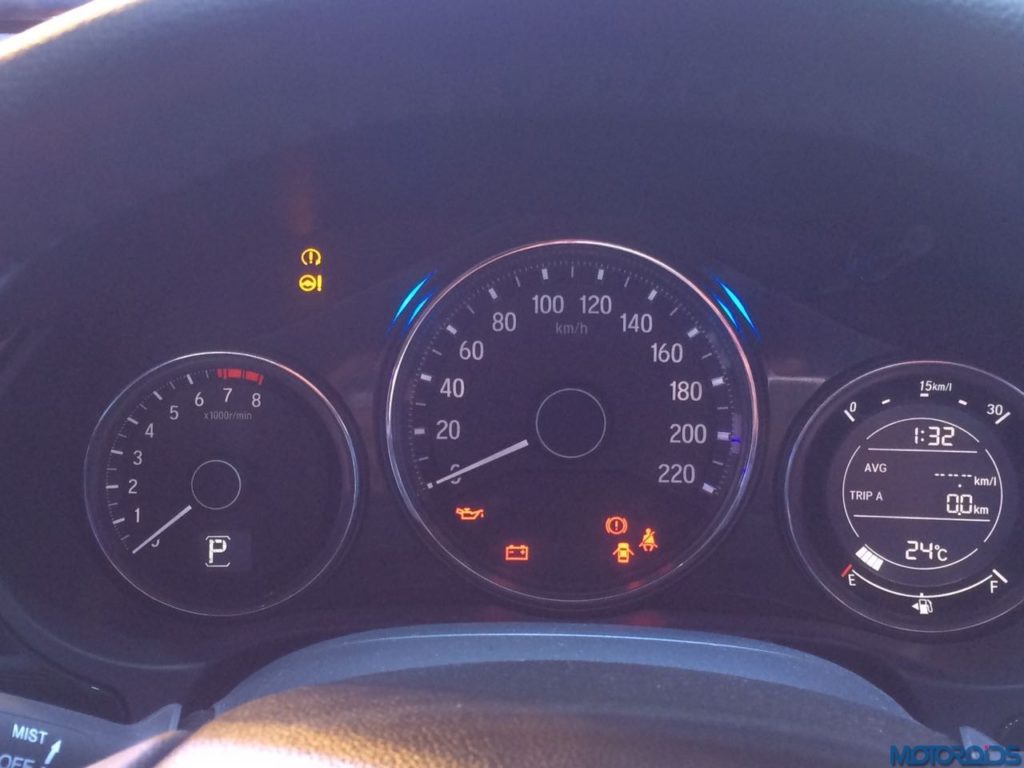 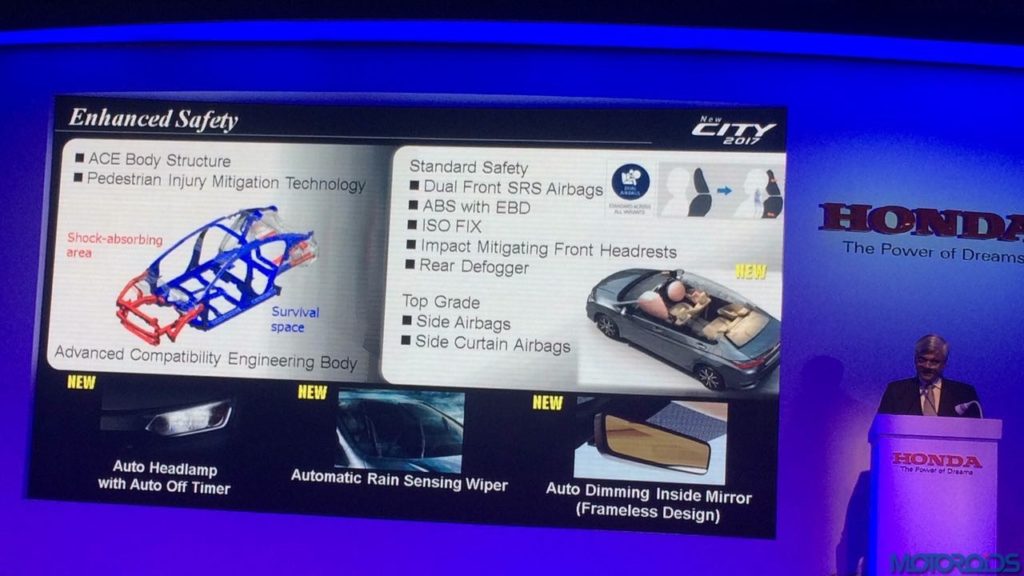 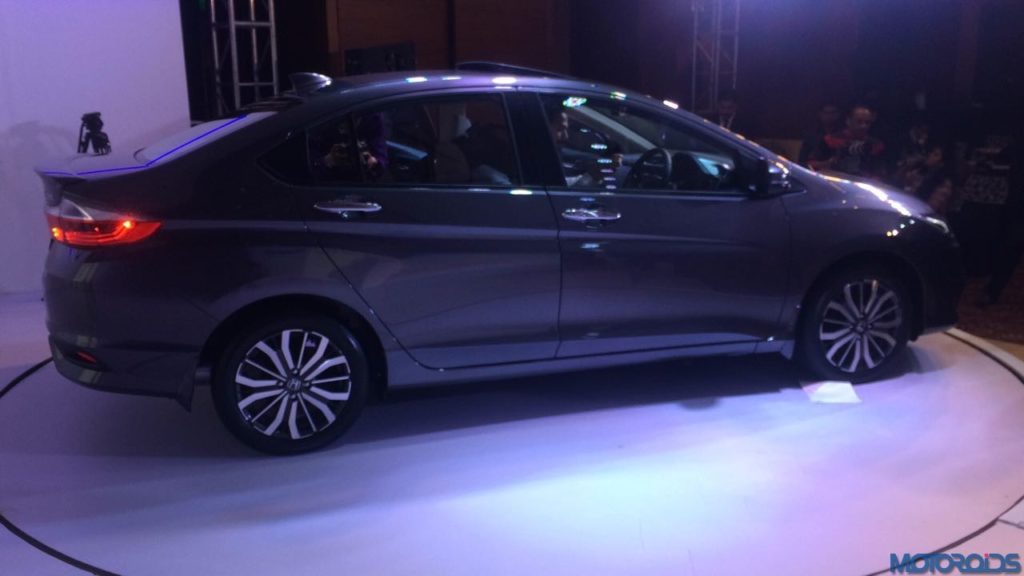 Honda has introduced a new flagship grade City ZX with the new 2017 Honda City. Apart from the safety features available in the other variants, the ZX grade features best-in-class 6 airbags — front dual airbags, both side curtain airbags and both front seat side airbags. The ZX variant would also include automatic headlights, headlamp auto-off timer and automatic rain-sensing wipers. 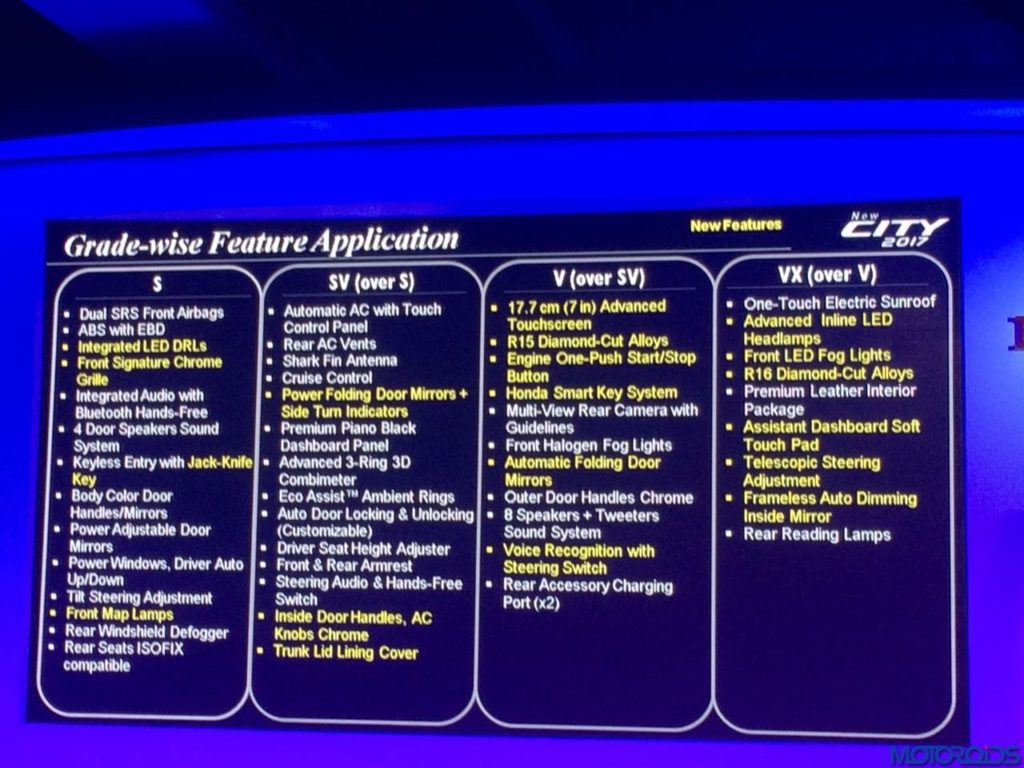 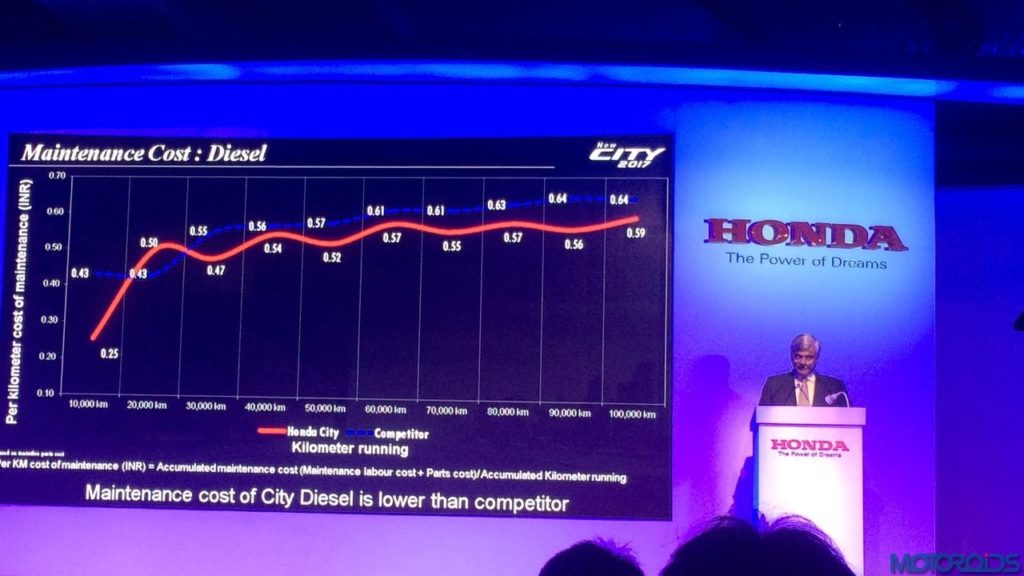 Deliveries of the New City 2017 will begin immediately from the HCIL dealer network of 332 facilities in 220 cities across the country. The New Honda City 2017 offers 3 years / Unlimited Kilometers warranty as standard benefit to the customer. Additionally, for the first time in the industry, customers can opt for Extended Warranty for additional two years / unlimited kilometers.

Check out the walk around video of the 2017 Honda City: