The Bajaj Pulsar 220 was designed for one specific job – to go fast – and it did it wholeheartedly. It was one of the fastest motorcycles in its segment in its prime, and is still considered a potent competitor for the new breed of motorcycles entering the 200-220cc space in the sub-1 lakh rupee (ex-showroom) price bracket. The Bajaj Pulsar 220 DTS-i started its journey a few years after Hero MotoCorp (Then Hero Honda) introduced the Karizma. While the Karizma has seen a significant drop in sales in recent years, the Pulsar 220 DTS-i continues to contribute a commendable chunk to Bajaj’s revenue. 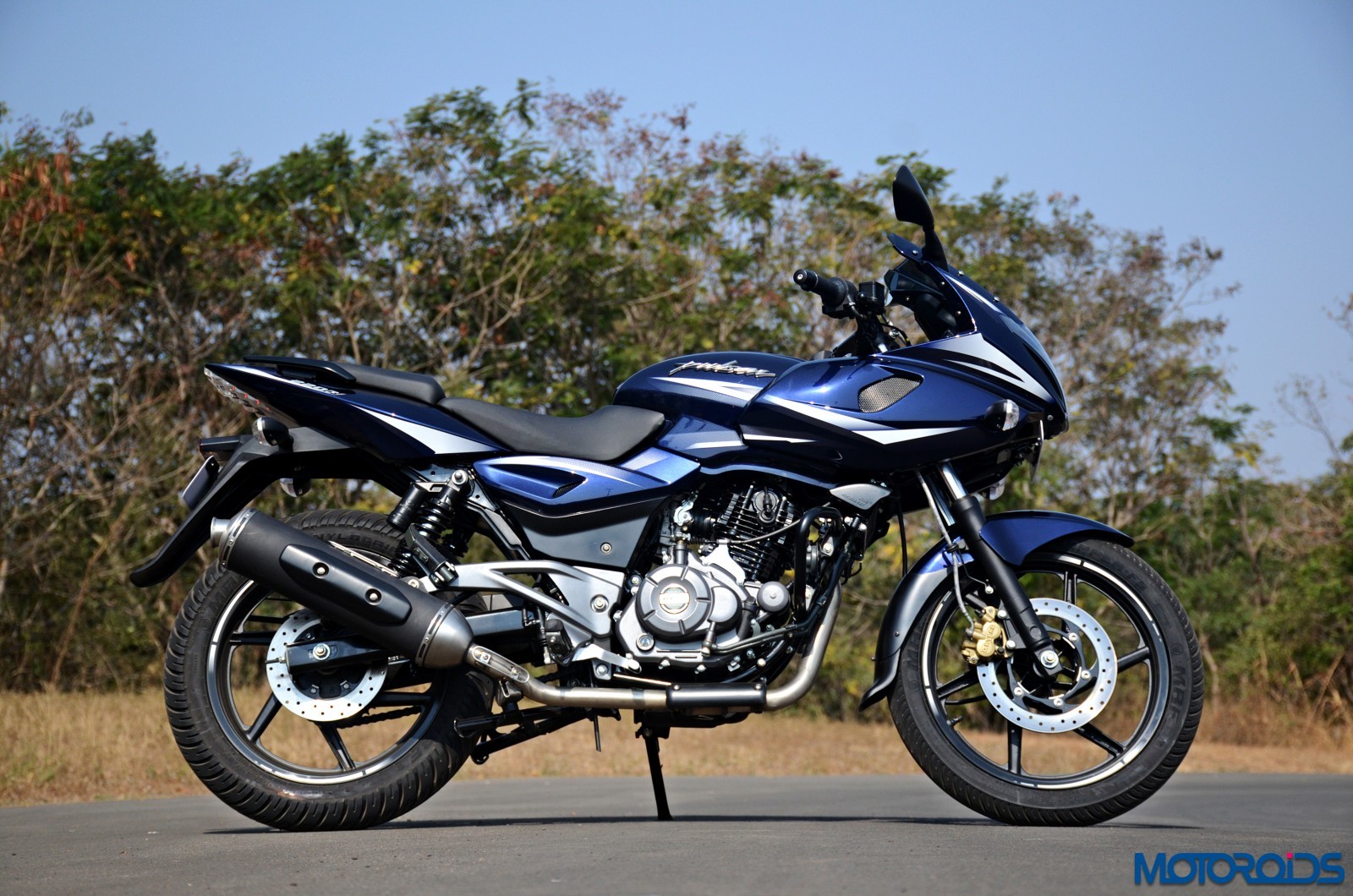 For 2017, Bajaj updated its Pulsar range with major overhaul to the 135LS and 150 DTS-i. The Pulsar 220 DTS-i too gets a few mechanical upgrades to comply with the BSIV emission norms but the body panels, performance, ride quality and handling remains unchanged. 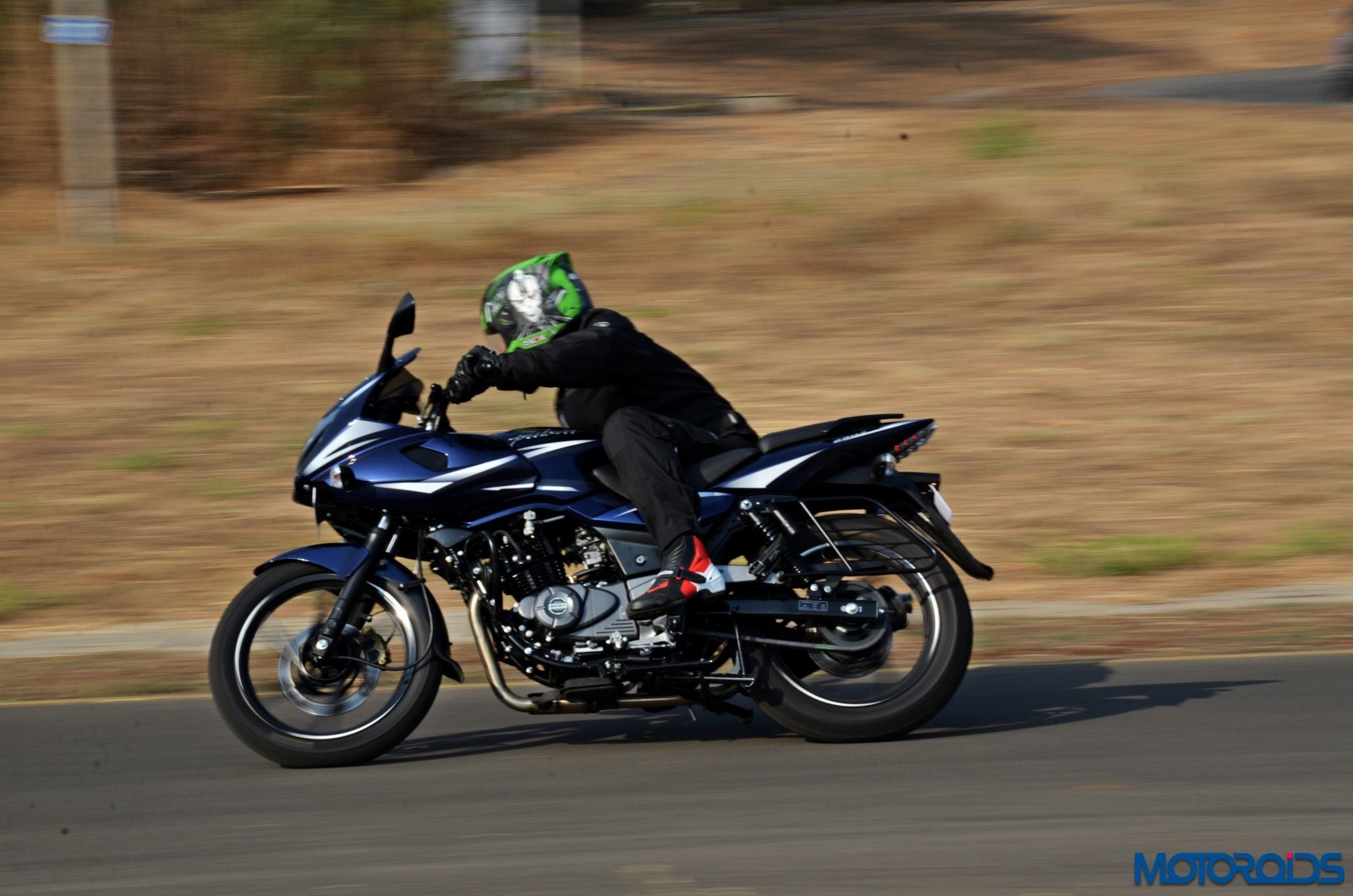 To start off, as is the case with the entire 2017 Pulsar range, gets BSIV compliant. The BSIV compliance is achieved through the use of Evaporative Control or the EVAP system and Secondary Air Induction (SAI). The EVAP system is aimed to reduce fuel losses due to evaporation while the Secondary Air Induction is aimed to deliver cleaner tailpipe emissions. As you would’ve already read previously, the EVAP system captures evaporated raw fuel in a charcoal canister and flushes out the captured fuel vapors into the combustion process, thus reducing the loss of petrol and, in turn, improving the economy. Apart from the EVAP and SAI, the new 2017 Pulsar 220 DTS-i also features All-time Headlight On (AHO) which is set to become a norm from April 2017. 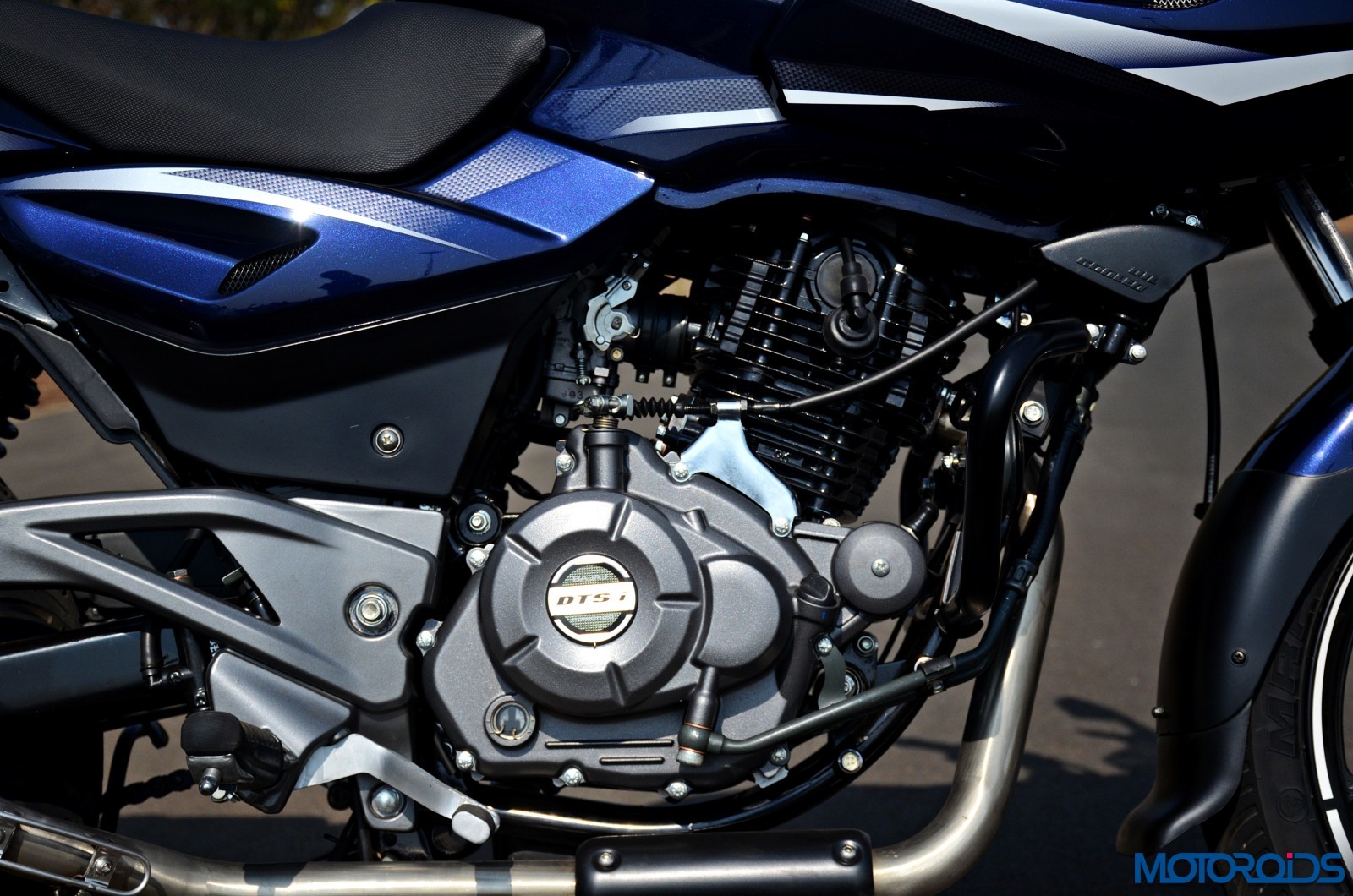 Besides the addition of the few mechanical bits to comply with the BSIV norms, there are no changes to the motor and the 220cc single-cylinder continues to deliver 21.1 PS of power at 8500 rpm and 18.6 Nm of torque at 7000 rpm. 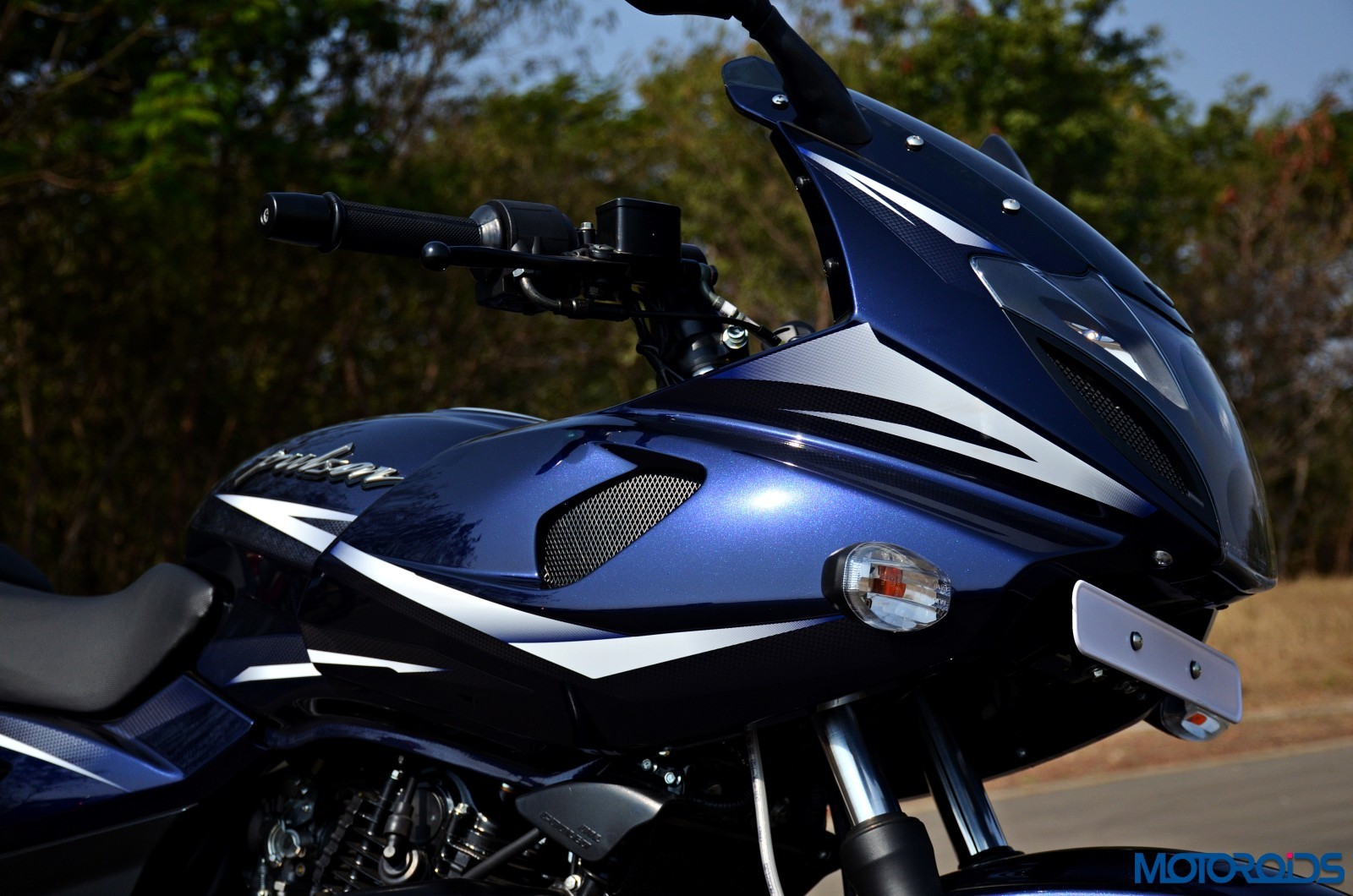 Other visual upgrades include the Laser Edged graphics which have nothing to do with lasers. It’s more of a marketing strategy to capture more attention. The new graphics in contrasting shade, akin to other 2017 Pulsar models, can be seen on the headlamp mask, fuel tank and on side and rear panels. The black exhaust canister, in our opinion, looks pretty neat. The body panels remain unchanged. 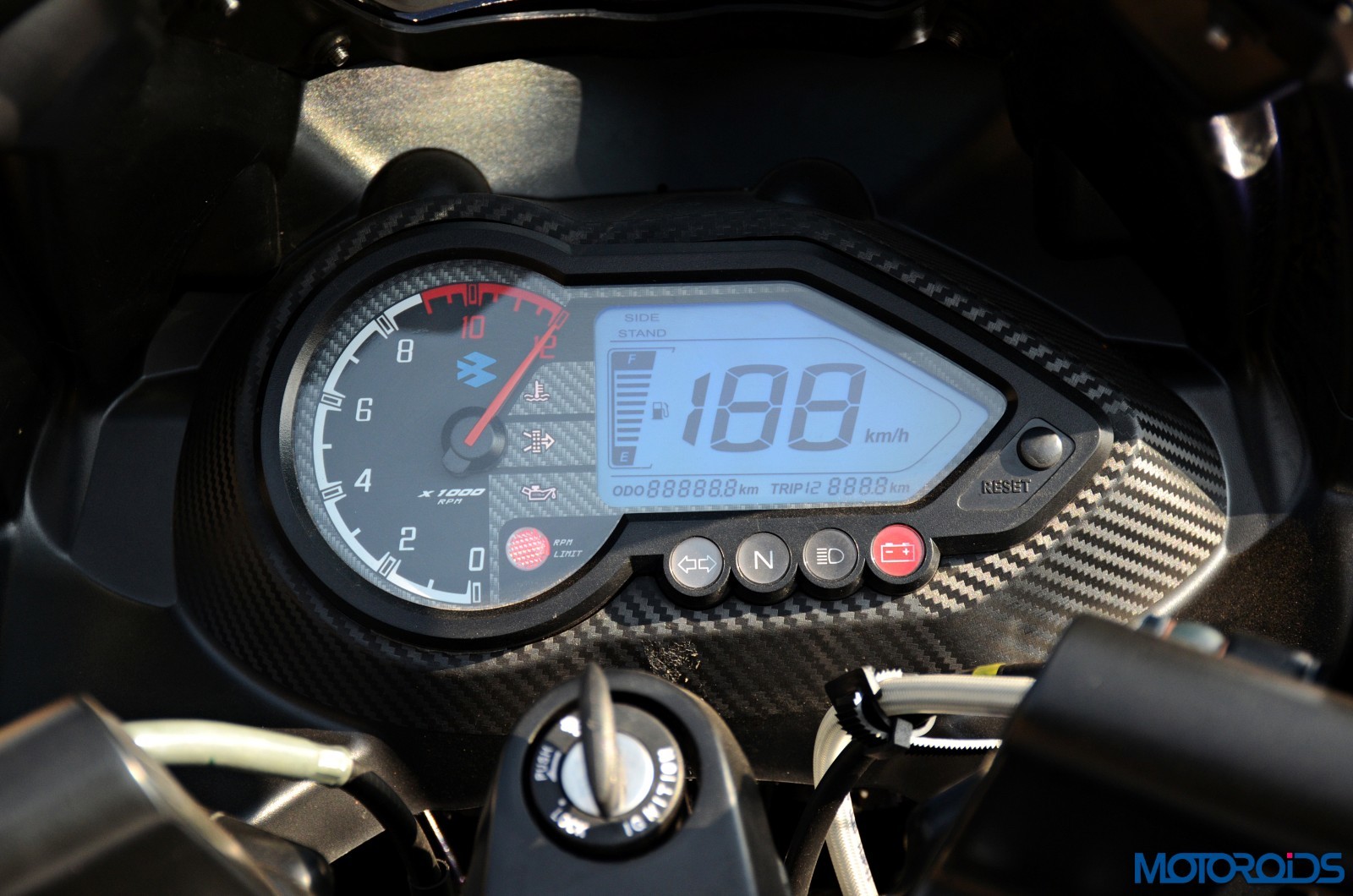 You’d see the same carbon fibre mimicking instrument cluster surrounds that are standard across the Pulsar range (except the 200NS) and different contouring for pillion seat which is also seen on the Pulsar 180 DTS-i. 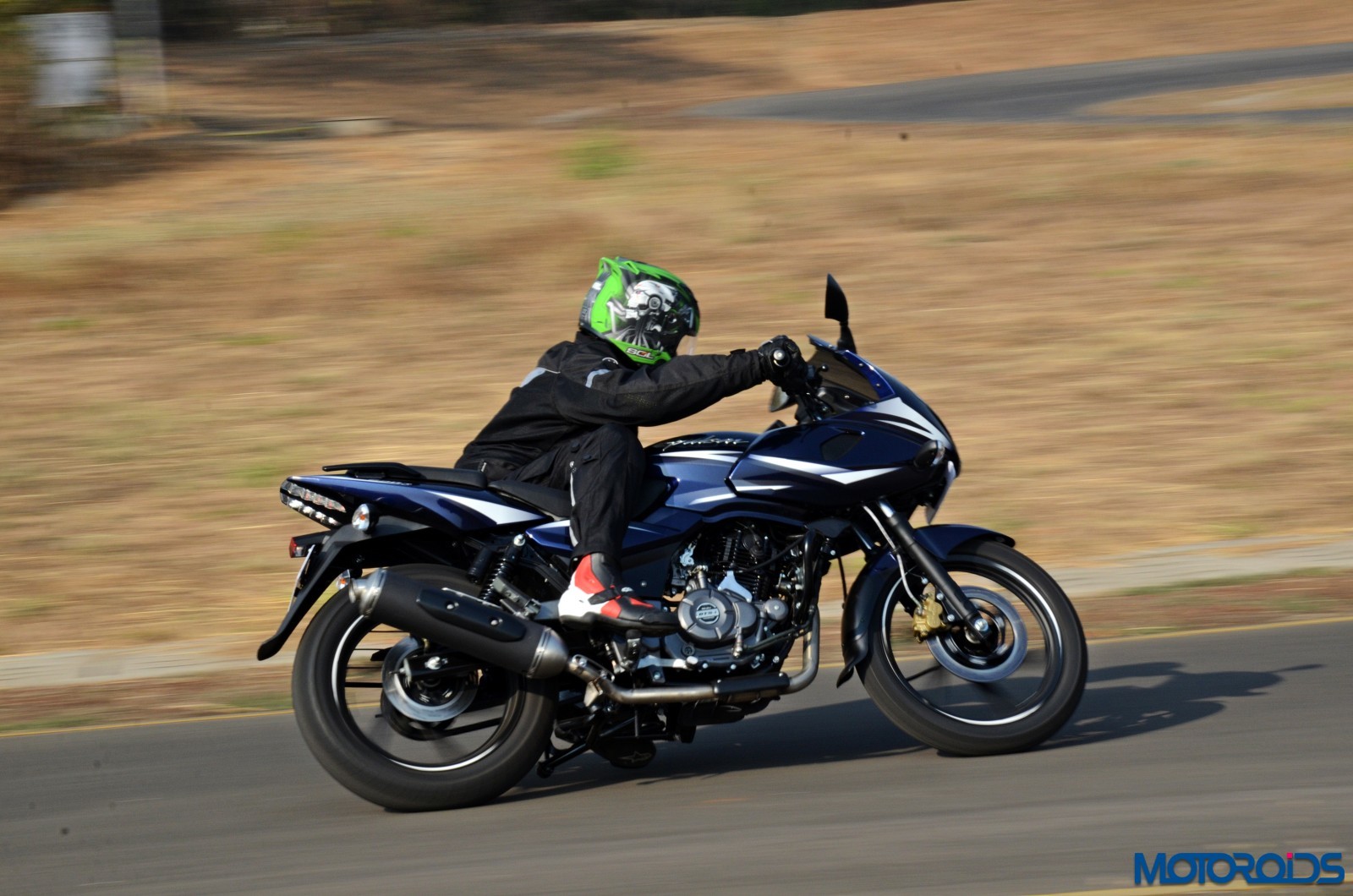 How much does the new model cost?

The new Bajaj Pulsar 220 DTS-i has been priced at INR 91,201 (ex-showroom) for which you get a really potent engine (in the segment), a projector headlight and a semi-fairing which saves you against windblasts and offers decent aerodynamics. The new graphics and BSIV compliance are good for another couple of years.

Check out an image gallery of the new 2017 Pulsar 220 below, click on the thumbnails to bring on the slides