After having achieved their 50 lakh units sales mark in October 2013, Hyundai Motor India Limited (HMIL) is now aiming for their next biggie. The carmaker, now wants to accumulate 60 lakh units sales in 2015. This is the company’s present ambition for its Indian operations. The Korean giant expects 40 lakh units sales within the domestic market and 20 lakh units would come from its export markets. The company is betting strongly on the sales prospects of its newly launched i20 Active, which occupies the emerging crossover segment in India. 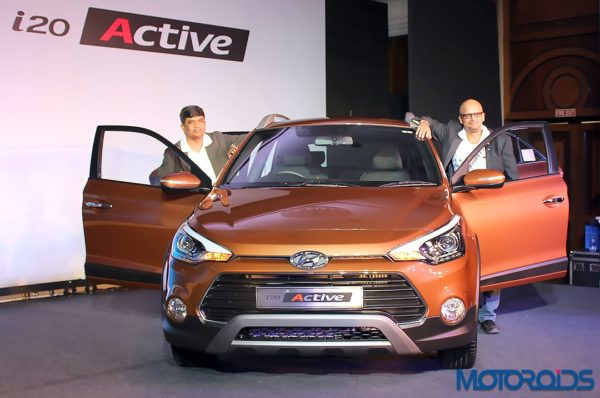 The i20 Active is set to lure younger customers to the brand.

According to Rakesh Srivastava, Senior Vice-President for HMIL’s Sales and Marketing division, the company is expected to see a growth of 5% year-on-year. Srivastava also predicts a total growth of over 13% for the carmaker in 2015 and an increase in the company’s market share, YOY. When Hyundai launched the i20 Elite, the carmaker had big ambitions on its premium hatchback to takeoff with its sales. However, that hasn’t happened and the carmaker is placing its future bets on the new i20 Active to make things better. But, Hyundai Motor India Limited has its work cut out for them with their latest crossover. The i20 Active will be facing staunch competition from its fellow rivals such as the Volkswagen Cross Polo, Toyota Etios Cross and the Fiat Avventura. The Hyundai i20 Active is priced at INR 6.69 lakh for base 1.2-litre petrol variant, while the top-spec 1.4 SX diesel retails for INR 9.32 lakh (ex-showroom, Mumbai.)