The Porsche 911 was first launched in 1963. The rear engine format was a revolutionary idea, which set up a cult of 911 lovers across the world. With the production of the 7th generation, the 991, 911 still going on, Porsche has made more than 1 million 911 models in the past 55 years. With various models like the base Carrera variant to the track ready monster the GT2 RS, the 911 caters to a wide set of audience, the Porsche produces a lot of of 911s on a daily basis. There is one particular model that came out of the factory which is a sight to behold. 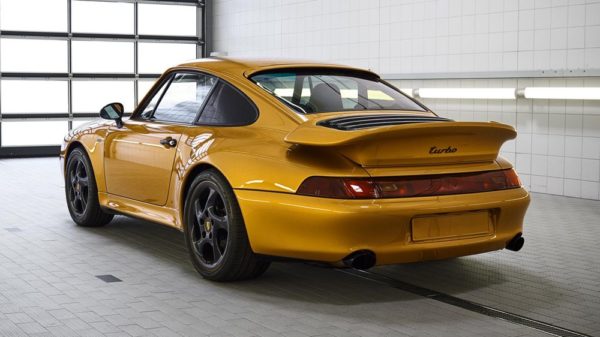 The car we are talking about is a beautiful 993 generation Turbo S. Its no ordinary restoration job but a completely new build by the folks at Porsche Exclusive Manufaktur. The built took one and a half year to complete from an actual 993 shell and by using more than 6500 genuine Porsche Classic parts. It retains the same 3.6 twin turbo flat six engine making 445 horses. The fourth generation 993 was the first 911 to get a twin turbo set up. It was seen by the world in 1993 and was sold till 1998. The car also got an original 993 colour called Golden Yellow Metallic earning it a Project Gold nickname. Porsche Classic’s “dedicated saddlery” crafted the beautiful black interior with contrast yellow stitching. 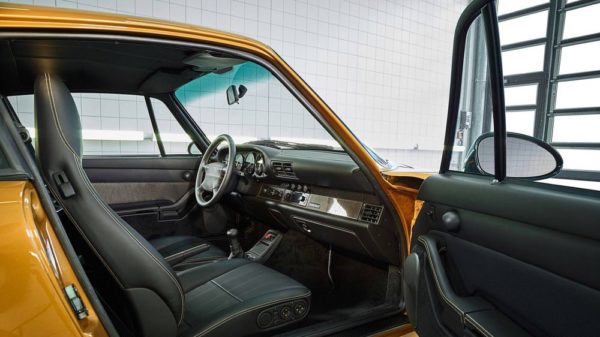 Also Read: 2019 Porsche 911 Teased Ahead Of Debut Later This Year

Now you might be wondering who the rich car collector is who commissioned such a crazy project? Turns out the car was build to go under the block after its public debut at Leguna Seca during the Porsche Rennsport Reunion on 27 September, 2018. The auction, being conducted by RM Sotheby at Porsche’s Atlanta Experience Center. While we can keep estimating the amount of money Porsche put in to create this labour of love and car, we sure will know how much it will go down for at the Auction. Porsche also announced the proceeds from the auction would be forwarded to the Ferry Porsche Foundation which was created this year.