A stock machine has its own individual identity. But since it still is a mass-market buy, a chop shop is the place to go if you aren’t a grease monkey but still wish to stand out. Featured here is a Royal Enfield 650 which has transformed and come out as the sacred monkey after being worked on by the folks at Bulleteer Customs. The artwork on the bike’s bare-metal finished fuel tank probably pays tribute to a mythological character and we like what they’ve done to add finishing touches which have resulted in a “battle-torn” appearance. 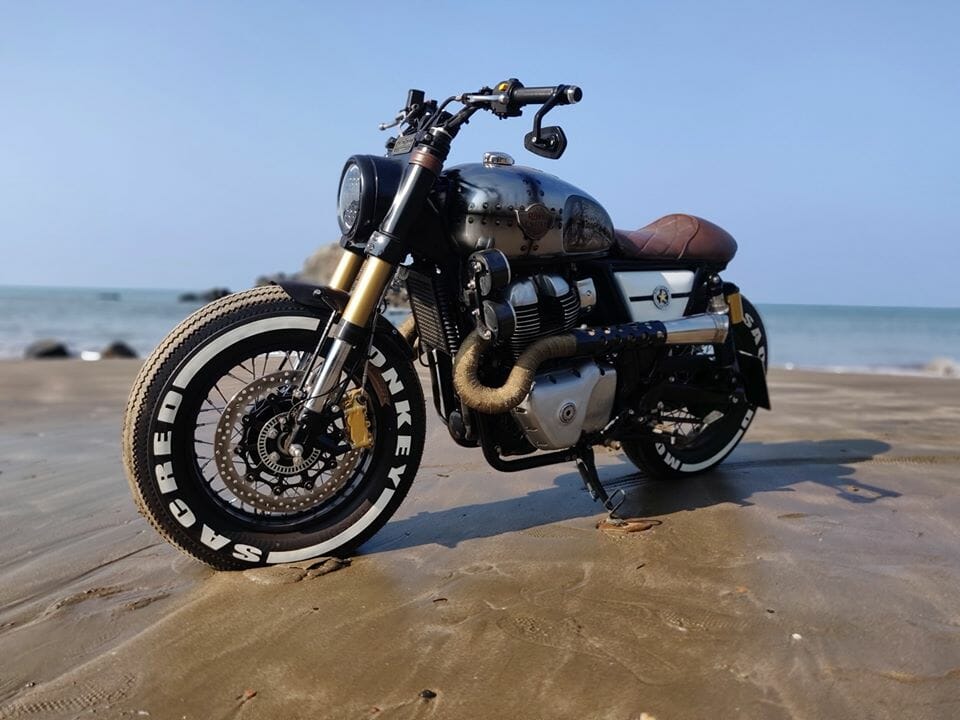 The bike’s conventional forks have been replaced with gold-finished, fat USD forks which hold together old-school rubber that’s been painted in a rather bold font. The stock candle has been replaced with an LED unit, the meters have shifted position and are stacked vertically next to the tank, and upside down bar-end mirrors fit the custom bike scheme just right. The bike’s custom-made twin pipes pop out like a musical instrument, there’s that rich-looking saddle which has been bolted on to a chopped subframe, there’s a side-mounted licence plate, custom side panels and engine cover. 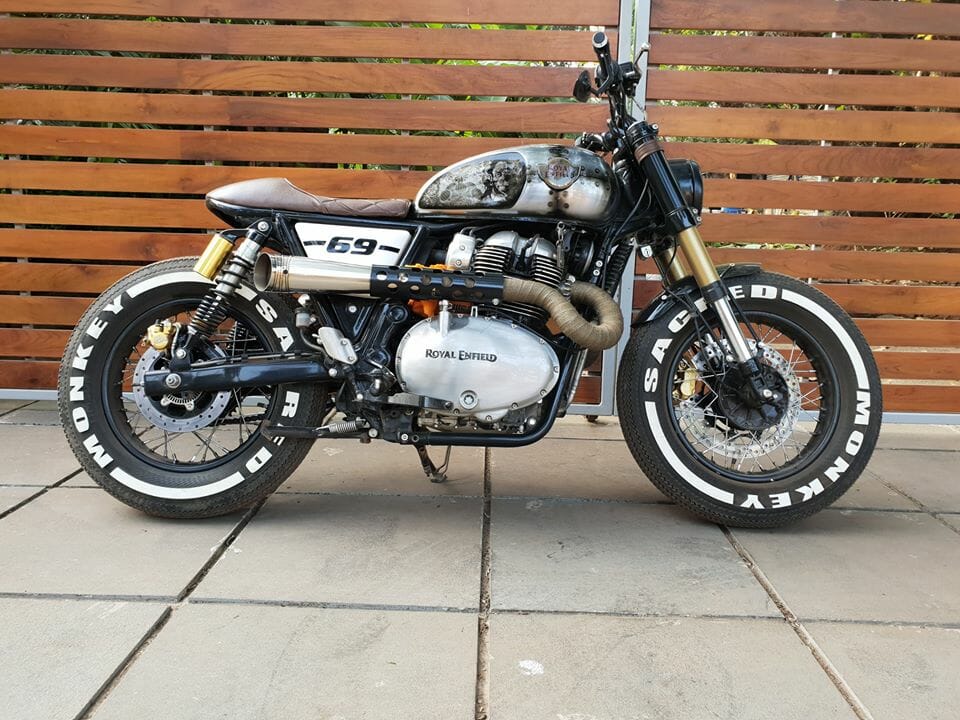 If you want an attention-grabbing factory custom though, the Jawa Perak has been launched and is now available at an ex-showroom price of INR 1.94 lakh. The single-seater is powered by a 334cc liquid-cooled engine which develops a healthy 30 hp and 31 Nm of torque, paired with a six-speed gearbox. To ensure timely delivery, this new Jawa will be built on a separate production line and while bookings for the bike will begin in January 2020, it will only be delivered in April, which is when BS-VI fuel will be dispensed at pumps, nationwide. Until then, test rides will be available at places where the fuel is available as of now. For dealerships in cities where BS-VI fuel isn’t available yet, Jawa will ensure they stock 95 Octane fuel in jerry cans. Royal Enfield has been working on its new-generation motorcycles too and the new Classic and Thunderbird range will most probably, only offer the choice of one engine in the BS6 era.