Royal Enfield has unveiled an all-new, factory-custom at the ongoing EICMA 2019. Called the Flat Track, this barebones beauty is based on the 650cc twins and has been built in collaboration with Harris performance. Designed from the ground up, it is based on a steel tube frame and the rest of the body has been knitted in carbon fibre by the Royal Enfield industrial design team in the UK. 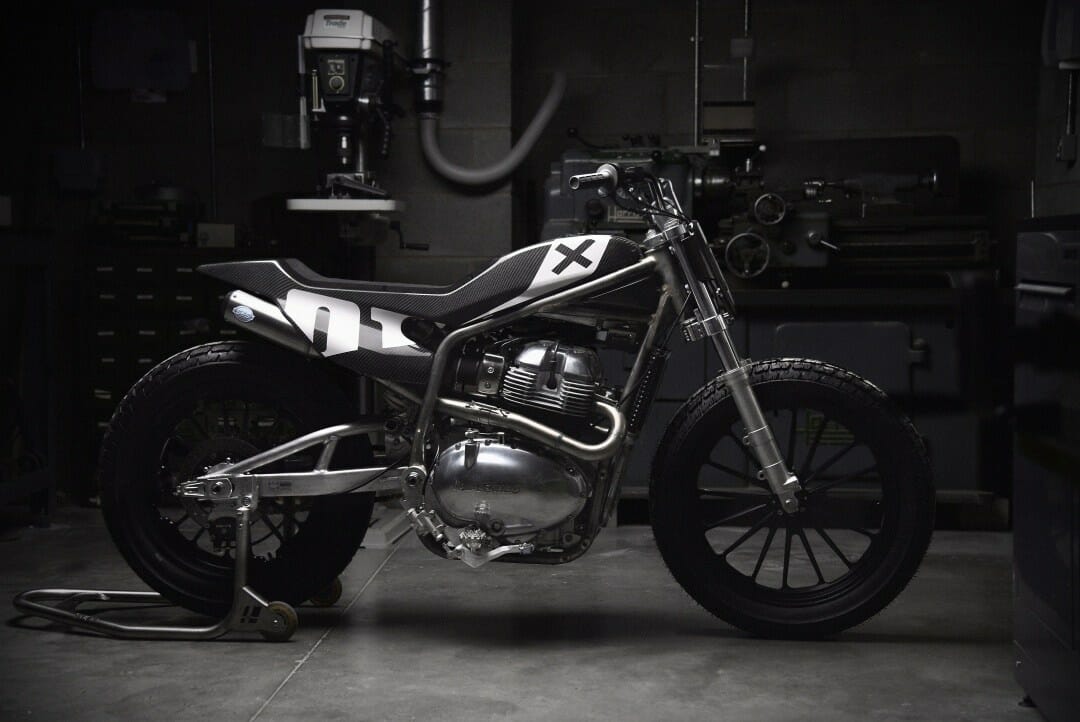 The 650cc, parallel-twin engine powering the motorcycle has been kitted with a big-bore kit and bolted with twin under-seat pipes from S&S. Suspension duties are handled by fat, conventional forks up front and a rear monoshock whose bottom end has been bolted on to a modern swinging arm. Running flat track rubber, the bike gets multi-spoke alloy wheels and in that shade of grey and with its minimal sticker work, does look x-rated. 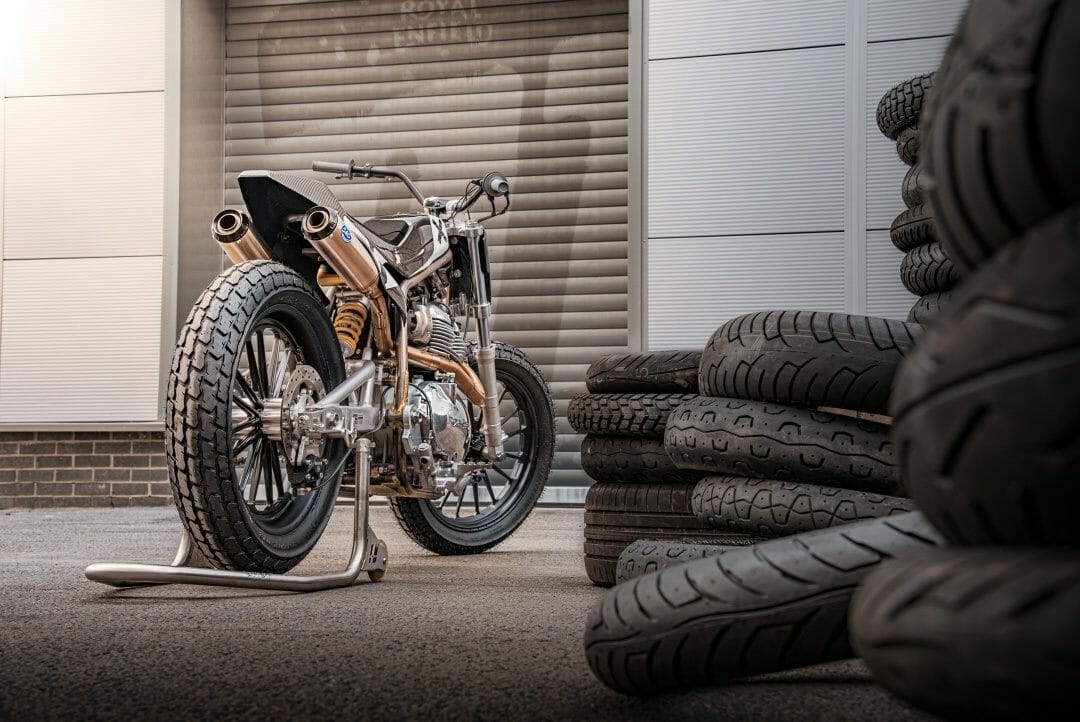 Royal Enfield will also reveal more motorcycles at the show through the day and their new range of 350cc and 500cc bikes are expected to be on display. These BS-VI motorcycles have been heavily updated in terms of styling and mechanically too. They are about to be launched in India before April 1st 2020, which is when the new BS-VI norms come into effect. Along with RE, KTM is expected to reveal the new Adventure 390 and the new-gen Duke and RC 390. We’ll come back with more updates from the event. Stay tuned!