BMW says they make the Ultimate Driving Machines. But to extract that ultimate, like this gentleman in the video, there must also be someone behind the wheel with Ultimate driving skills. Piloting a modified E46 (fourth-gen) BMW 330 Ci (Coupe Version) around the hill climb course of Wadi Chahrour in Lebanon, Michel Feghali makes the BMW move like the car’s learnt an exotic dance form from one of the country’s performers.

A one-of-a-kind Hillclimb, this event takes place in the middle of a town in Lebanon, just outside of Beirut. The highlight of this event is that the course runs through the middle of the town, through tight alleys and narrow lanes, with enthusiasm-filled bystander egging on the competitors like it used to happen during rally events in the 80s. Besides the violent-sounding BMW, make note of how the driver skillfully squeezes the car between closing walls and through seriously tight sections. And while his skills are worth-watching, what is also amazing is how the BMW’s chassis responds to his inputs. 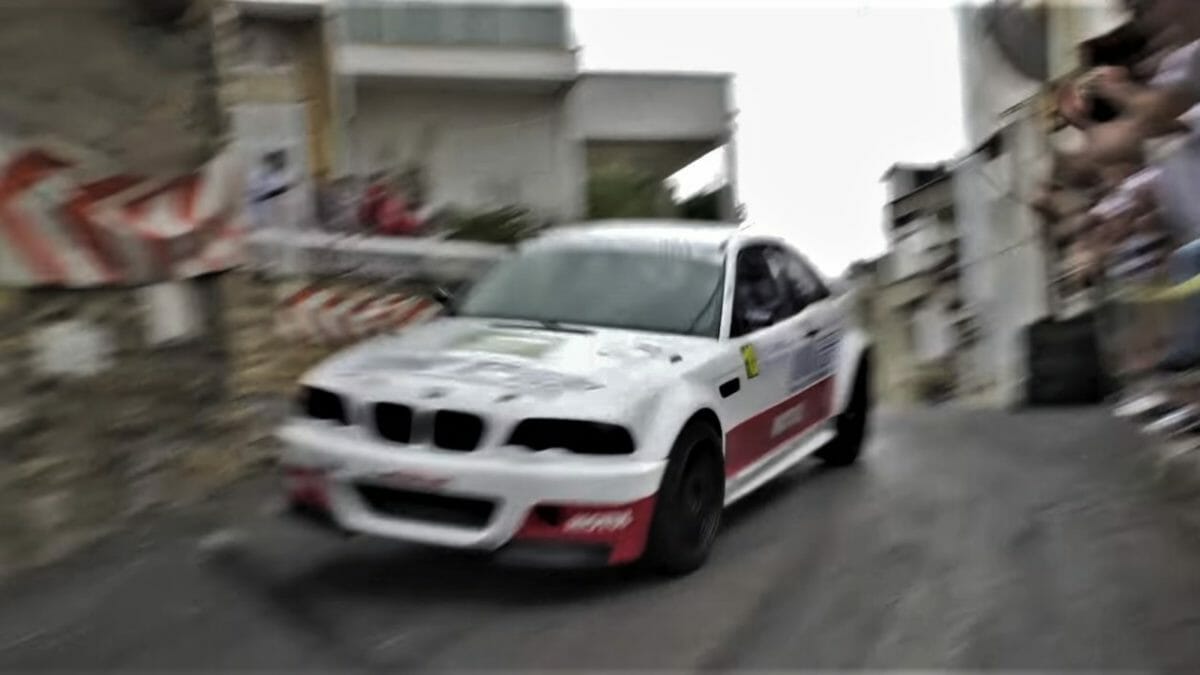 Although the one running here is a modified example, the E46 BMW 3 Series is one of the most-loved and fondly remembered models of the sedan. Powering this 330C Ci, in particular, was a flat-six engine which made 235 Hp, 300 Nm of torque and was mated to a ZF-sourced 6-speed manual gearbox. The E46 3 Series is still considered one of the best-looking models of the sedan, which was then preceded by the sort of drab in comparison E90.

In India, the seventh-generation BMW 3 Series was introduced yesterday at a starting price of INR 41.40 lakh. It is available with a choice of either a 2.0-litre diesel which cranks out 190 HP and 400 Nm or 2.0-litre petrol which is good for 258 HP and 400 Nm. The latter is only available in the M Sport guise, sprints from a standstill to 100 km/h in 5.8 seconds and comes mated with an 8-Speed Steptronic Sport Automatic Transmission. Since the sedan has grown in dimensions compared to the previous-gen model, backseat comfort has improved, there’s more tech inside, but the driving dynamics remain and the 3 Series is the still the best Driver’s car in its segment.