Home Interesting / Off-beat A Young Man Drives His BMW Into A River, But Why?

Let us all admit this, who wouldn’t love to have a premium car, like a Jaguar for instance at our disposal, especially in the days of our youth. Some kids parents do love to spoil their kids with such gifts, but here is a case where a dad must have repented to spoil his child. Instead of getting a Jaguar, as his kid demanded, this father got his son a BMW, a 3–series. This did not seem to go well with this young man who was adamant on getting a Jaguar. Furious by his father’s decision, he drove this premium car into a river in Yamuna Nagar on Friday. Have a look at this news clip which would tell you more.

While the car floated ahead, with the current of the water, it hit some tall grass where it stopped flowing further. Police was alerted by the onlookers, who managed to get this young man out of the car in a safe manner. After that, began the quest of getting the BMW 3-series out of the water. However, the car went deep inside the water, with the bonnet going down first before it was pulled out of the water. With some many electronics and sensors and more, the car would surely be a total loss by the time it was pulled out and in a non-repairable state. 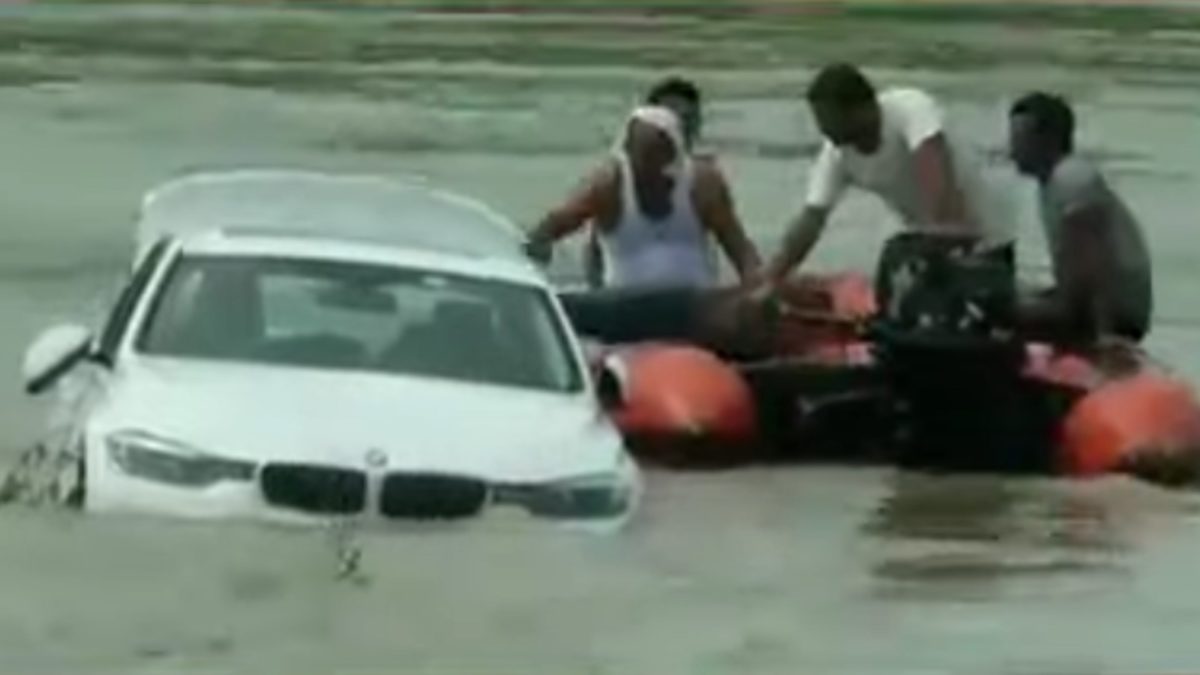 They say India is a poor country, but some of us Indians are not poor at all. The fact that most premium car companies manage to survive in our country, despite such heavy taxes is a testament to this fact. When it comes to premium cars though, one has many options to choose from. While the German trio of Mercedes, BMW and Audi remains to be in the top tier, other foreign brands like Jaguar and Volvo too seem to be gaining traction over here. With the entry-level prices of cars being northward of INR 40 Lakhs in our country, you surely need a rich family to get one of these at such a young age. Perhaps now, this rich kid would get a Jaguar from the insurance money of the BMW.