After the new, dual-channel ABS equipped Royal Enfield Classic Signals Edition, which was recently launched in India for INR 1,61,728 (ex-showroom), it’s the Himalayan ABS that will soon make its way into the Indian market.

In fact, if recent reports are to be believed, some Royal Enfield dealerships have already started accepting the bookings for the new Himalayan ABS. The report further adds that the Himalayan ABS will be priced at INR 1.78 lakh while the Himalayan Sleet ABS will be available for INR 1.80 lakh (both prices, ex-showroom Mumbai). 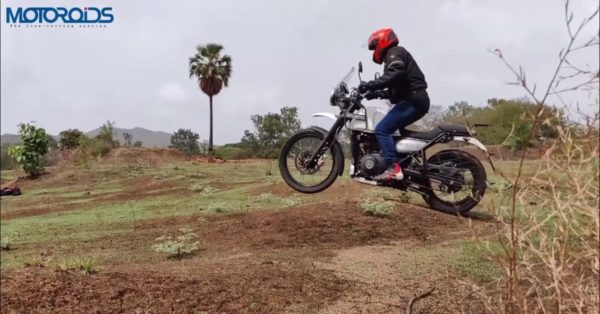 The changes will be limited to the addition of ABS while the mechanical specifications will remain unchanged. Thus, the new, ABS-equipped Royal Enfield Himalayan will continue to use the same 411cc, single-cylinder, fuel injected motor that is tuned to deliver maximum power of 24.5 bhp @ 6500 rpm and peak torque of 32 Nm @4000-4500 rpm.

Check out a detailed review of the BS-IV compliant Royal Enfield Himalayan (without ABS) below:

Check out the complete technical specifications below:

Check out the Royal Enfield Himalayan image gallery below: