Beat diesel has presented itself as an incredibly lucrative option for small car buyers. With its aggressive pricing, and long features list, the Beat diesel may just turn out to be the game changer in its segment. The closest competition that the Beat diesel has is the Ford Figo Duratorq, which is considered an excellent value for money diesel hatchback in its segment. The Beat diesel, however, has managed to undercut the popular ford car by quite a substantial margin. Here’s the price comparison of the two models.

In terms of power, the Figo has a slight advantage, thanks to its bigger capacity engine. Its 1.4-liter Duratorque diesel engine produces 68 BHP of peak power and 160 Nm of peak torque. The Beat diesel, on the other hand has a better specific output, but lower overall rating of 58PS power and 150Nm torque.

Price apart, both the cars have their own advantages in disadvantages. The Figo is more powerful, is slightly bigger in size, and has better interior space, especially a roomier backseat. The Figo is also a better handling car with enough poise to become a capable highway car. The top end titanium variant also comes equipped with electric ORVMs. However the Figo doesn’t offer features such as rear power windows, alloy wheels, tilt steering and 60:40 split seats – features that the Beat LT (O) offers at a lesser price.  The Beat top variant has some additional features as well, which the Figo doesn’t. Some of them are – roof rails, automatic climate control, front fog lamps and EPS. Also, the Beat diesel comes with a longer warranty period which is 3 years / 100,000km against Figo’s 2 years / 100,000 km.

In terms of maintenance costs, both the cars are almost at par. However, Chevrolet give you an additional Three Year Promise offer, wherein your car’s consumables and other maintenance costs are covered by paying a certain amount upfront. 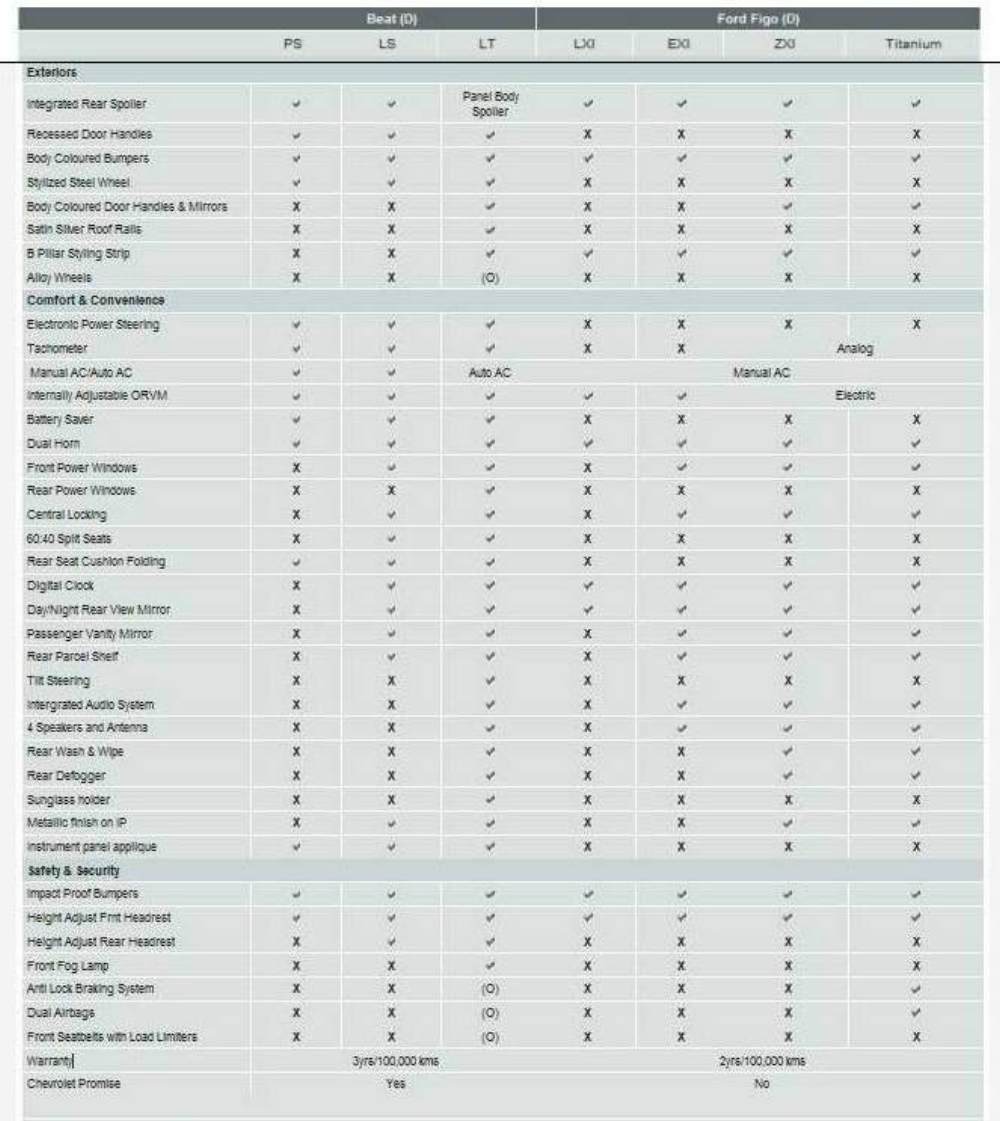 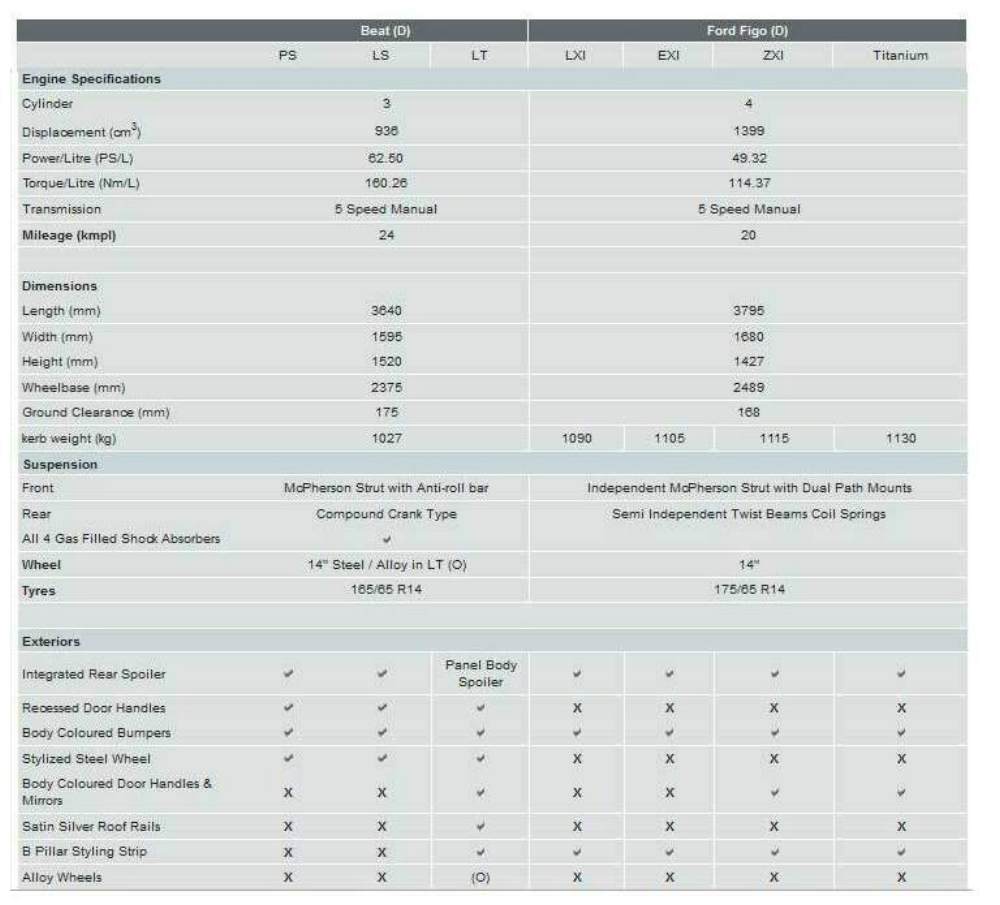