Maruti Suzuki has revived the S-Cross again and this time around, the carmaker has installed a new heart which pumps the affairs. The competition is tough, all thanks to the reigning Korean twins and another set of SUVs which are the most powerful in this segment. The S-Cross has something else riding for it though, practicality and affordability. Can this crossover take the fight up to its rivals banking on these factors alone? We drove the new S-Cross extensively to find the answers.

The S-Cross now features a 1.5 Litre K-series petrol engine with Suzuki’s Smart Hybrid technology. This new powertrain is set to produce 104.69 PS of power at 6,000 rpm and 138 Nm of torque which peaks at 4,400 rpm and is the same unit which currently powers the Vitara Brezza and Ciaz. 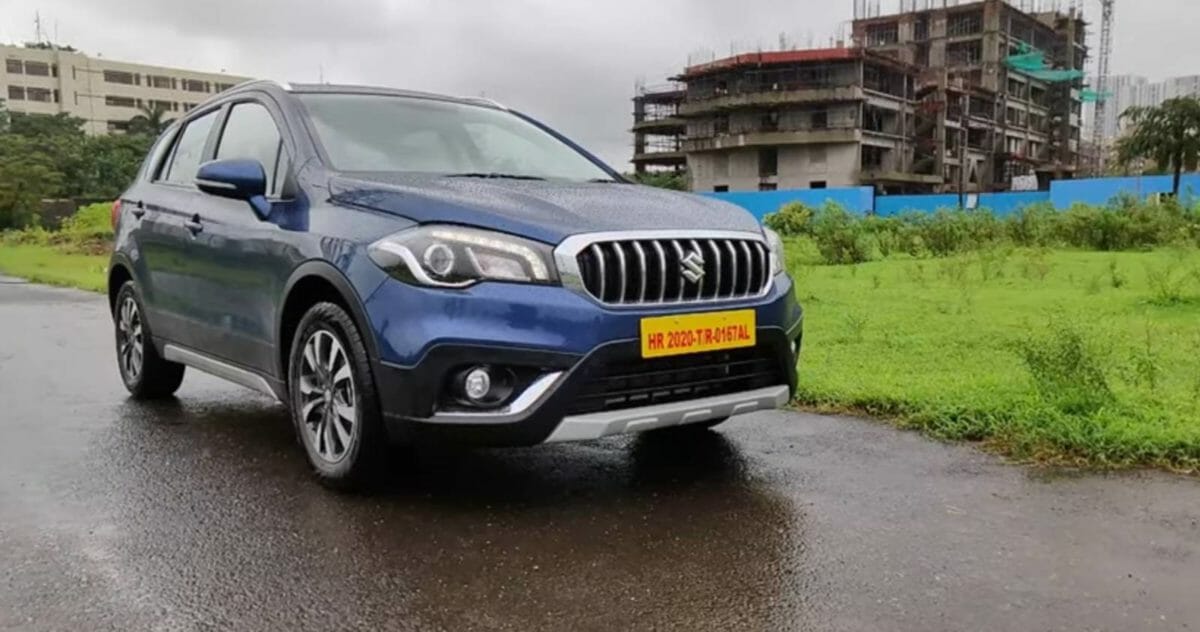 Apart from the powertrain, the crossover is mostly the same. The petrol powertrain which puts down the power is not the most powerful of the lot and won’t win any awards for its performance but practicality is where it scores big. It is probably the most efficient offering in its segment as the petrol mill has a certified fuel efficiency of 18.5 KMPL for both MT and AT variants. Tractability and everyday usability are where this engine shines. It doesn’t feel underpowered and pulls cleanly from a standstill. 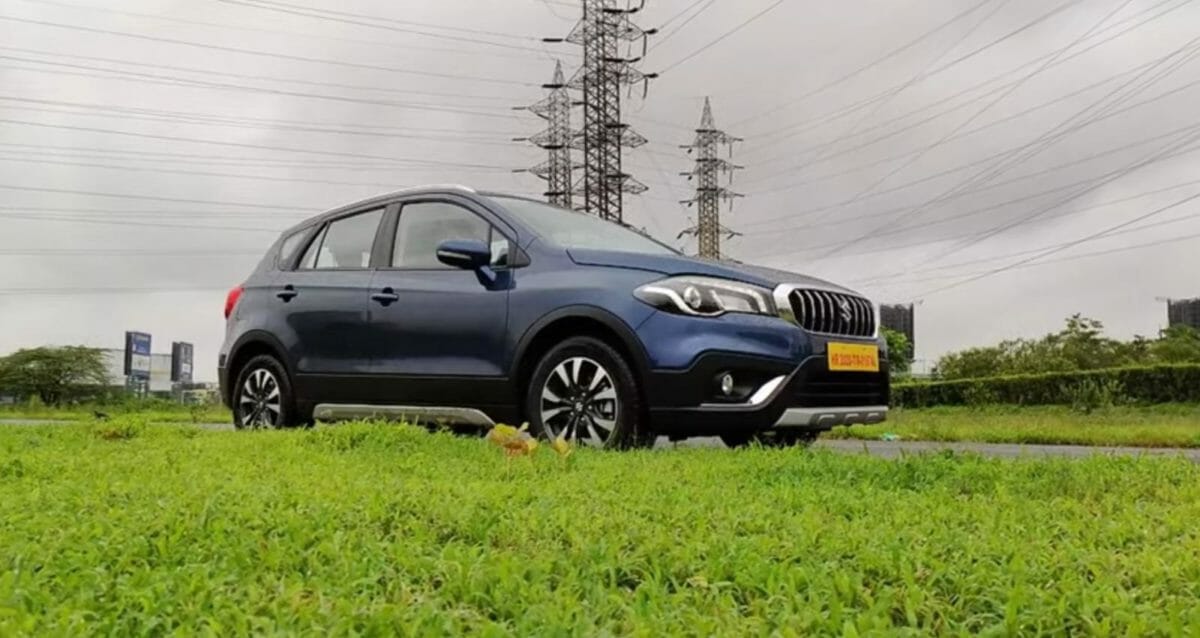 The S-Cross is being offered with a 5-speed manual gearbox and a 4-speed torque converter automatic gearbox. We got to drive the former and we are happy to report that the gearbox is one of the smoothest of the lot. The S-Cross turned out to be a great city car with optimum performance to take care of highway duties.

It has a very distinctive driving feel as compared to the other cars from the manufacturer and distinctive in a good way. There’s a certain sense of robustness associated with the overall driving experience. The steering wheel is well-weighted and is definitely better than other cars from Maruti Suzuki. Another element which stands out in terms of driving dynamics is its stability. Maruti is positioning the S-Cross as a crossover rather than branding it as an SUV. 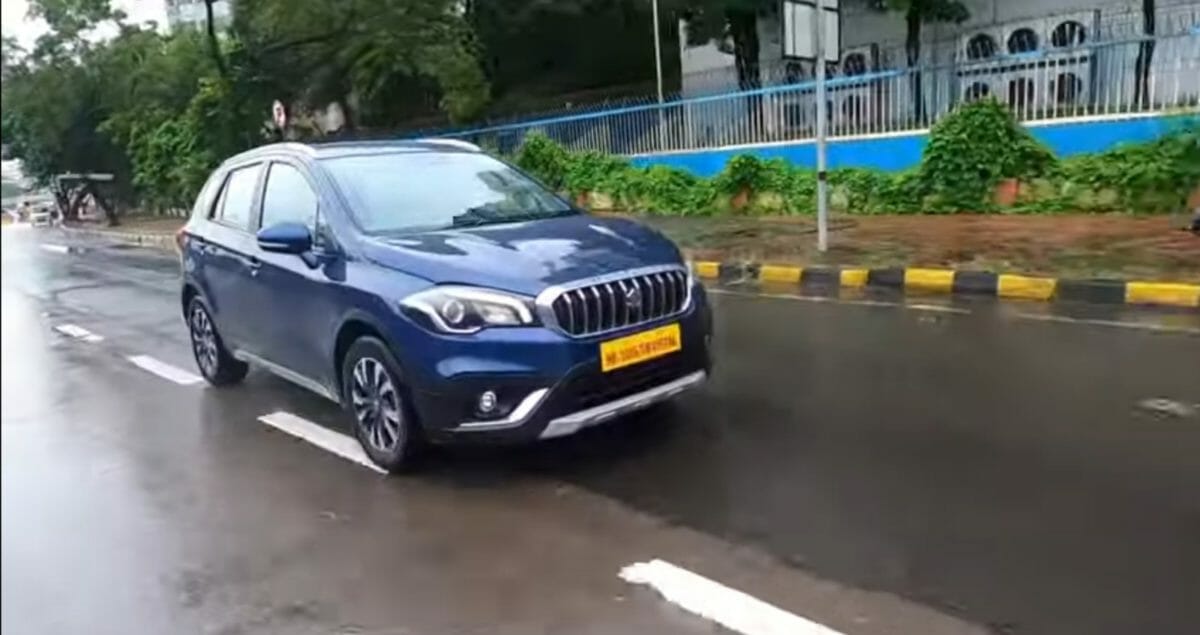 The ride quality is truly exceptional and the S-Cross handles the bumpy Indian roads with ease. Another factor which contributes to its good driving dynamics is the insulation of the cabin. It might not be segment-best but is still good for the price that you pay. The 180mm ground clearance makes it an easy affair to deal with the bumps.

Before getting to this aspect, let’s just keep this in mind that the top-end variant of the S-Cross undercuts the top-end variant of the Hyundai Creta by almost 5 lakh. So expecting the same modern and high-end features from the S-Cross would be a little unfair. It doesn’t mean that the S-Cross’s cabin is spartan. One major addition is the new 7.0-inch touchscreen infotainment system, equipped with the Smart Play Studio 2.0 interface that comes with Apple CarPlay and Android Auto connectivity, navigation and more. 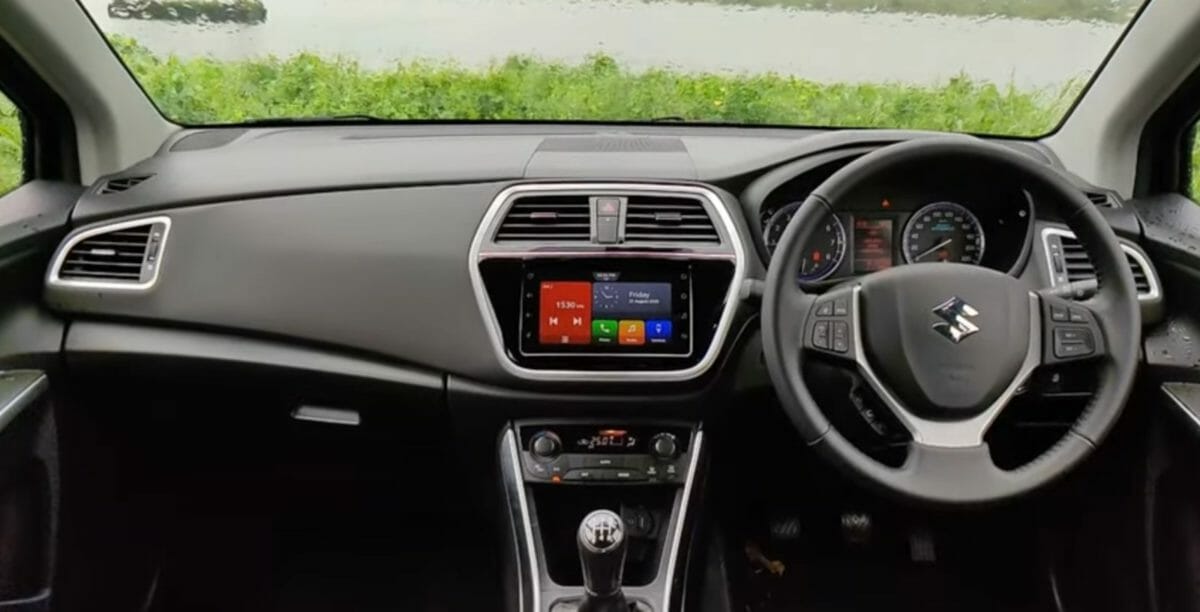 Other notable features present in the 2020 S-Cross are engine push-button start, automatic climate control, cruise control and hill-hold assist among others. The steering wheel has multiple control buttons embedded and it also gets a telescopic adjustment. 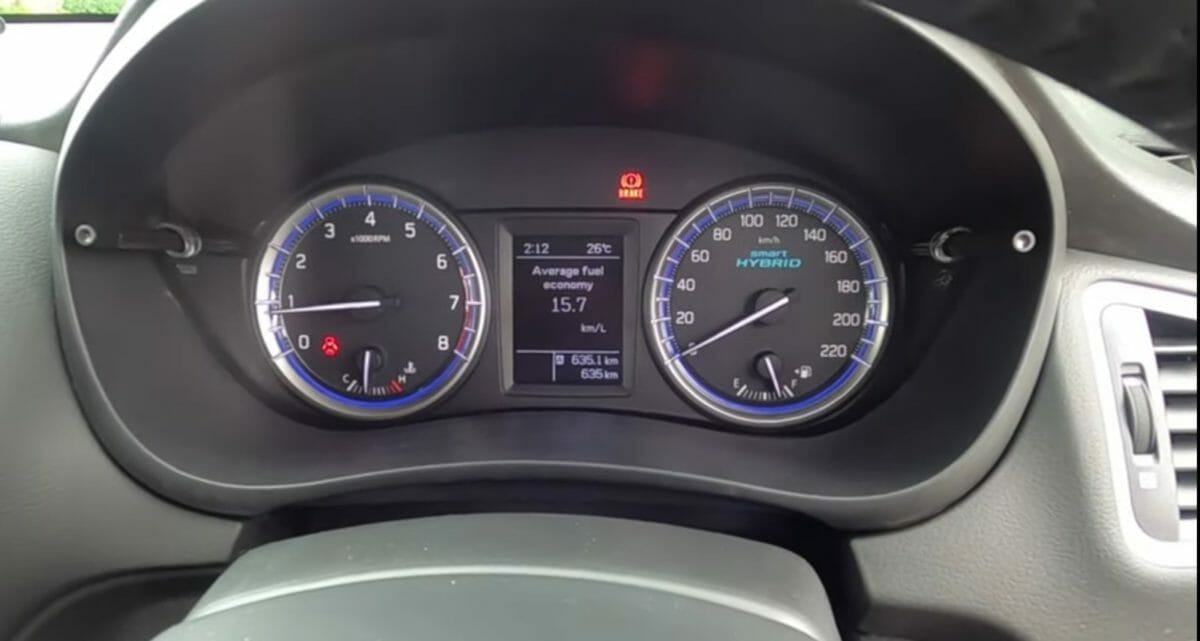 The cabin has some nice soft-touch materials splattered all over it which add a sense of premiumness to the cabin. The seats provide good support and the same is the case with the rear seats as well. In terms of safety, it gets dual airbags, speed sensing alarm, ABS with EBD, disc brake in the front and rear. The only gripes that we have from the cabin are the absence of 6 airbags even as an option and the rear seats also miss out on AC vents and charging ports.

In terms of looks, the S-Cross hasn’t changed much and it still has that robust appeal. However, looking at the prices of its competitors and the increasing fuel prices, the S-Cross petrol makes more sense now than ever. If you are looking for a well-built, affordable and practical crossover, the S-Cross deserves serious thought.

It might not have the modern frills its rivals boast of or a performance-oriented engine but its aggressive pricing is simply hard to match. Couple that with the low maintenance costs Maruti Suzuki is renowned for and you have a value-for-money car at your disposal. Price of the 2020 S-Cross Petrol starts at Rs 8.39 lakh for the base Sigma variant and goes up to Rs 12.39 lakh for the top-spec automatic Alpha variant.