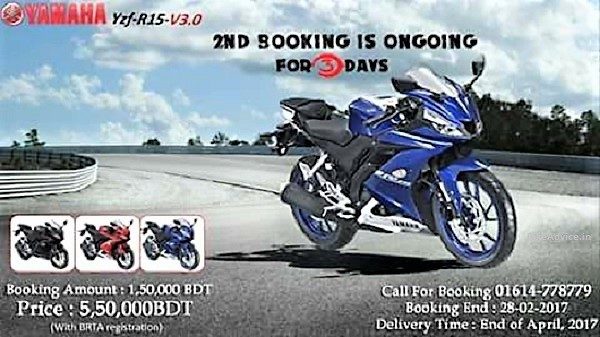 So what about the bookings?

The most probable explanation is that some dealers might be importing the YZF-R15 from Indonesia or Thailand where the motorcycle was launched recently. According to a Facebook banner, the second round of bookings concluded on February 28, 2017 while the deliveries are likely to commence from April. The booking amount, as seen in the banner, stands at BDT 1,50,000 (INR 1.25 lakh) while the final price with registrations is BDT 5,50,000(INR 4.58 lakh). The motorcycle, as expected, carries a premium price tag over the YZF-R15 V2.0 which retails at BDT 4,80,000 (INR 4 lakh) in Bangladesh. 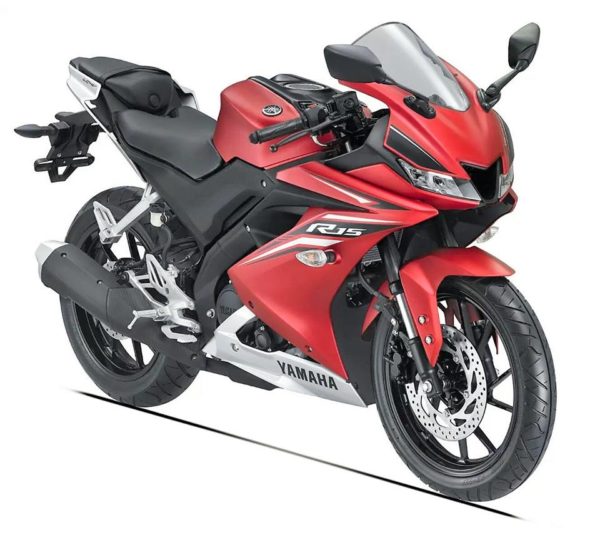 As aforementioned, there is still no official statement about the India launch and we hope to hear more details on that front soon. Meanwhile, let us know your views about the new 2017 Yamaha YZF-R15 V3.0 through the comments section below.