In our previous posts, we had discussed how Yamaha India plans to up the ante in the performance segment by plonking in a fuel injected 250cc single in its Fazer and FZ models. But that’s not all Yamaha India plans to do. While 150cc and bigger engined bikes can create an enviable brand name for Yamaha, the volumes and profits in the great Indian two-wheeler market are still primarily governed by the 100cc–125cc bikes and scooters (as demonstrated by Honda). Suzuki, the third Japanese player in the Indian two-wheeler market has been banking on its Access scooter to generate volumes and the ploy seems to have worked rather well for the manufacturer. Now, Yamaha India also seems keen on taking a leaf out of Honda and Suzuki’s books and claim its share in the scooter market by introducing some new models.

We cannot be sure about what exactly Yamaha India have in store for the Indian market, but we have seen the Yamaha Vino, Mio and Nouvo models (from the South East Asian market) parked in a Yamaha showroom earlier this year. 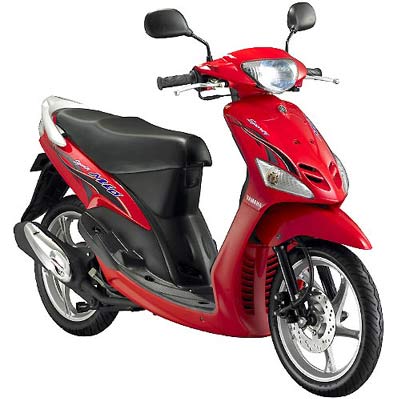 The Mio/Mio Soul of these scooters has a good chance to make it to India, but we suspect Yamaha is also looking at its European scooter lineup to pick the most suitable scooters for India.

Our sources have told us that the 50cc BW’s series is one of the strongest contenders for the entry level market.

We think that higher up the ladder the 125cc fuel injected Cygnus X or the Vity will make the cut as their styling and specs are more suited to the Indian taste.

We’re still trying to get some more information on the exact scooter models that Yamaha is mulling for India. One thing, however, is sure – we’ll soon witness Yamaha scooters zipping on the India roads. We expect an early-mid 2010 launch for these machine in the Indian market.