With half the MotoGP 2009 season already underway, its that time of the year now when the interesting buzz about the 2010 rider-shifts starts erupting. The first bit came in the form of the brave rumor indicating FIAT Yamaha rider Jorge Lorenzo’s shift to the Repsol Honda factory team for 2010. But that seems to be over now, with Lorenzo most likely continuing alongside Valentino Rossi – making sure he has atleast the same (if not better) equipment levels as Rossi to continue their battle for supremacy. 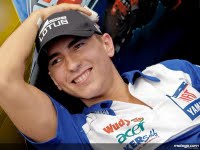 The second bit of news comes in the form of Bautista’s confirmed seat for the Rizla Suzuki team. The 250cc championship contender will take advantage of the fact that Suzuki have received a dispensation from the rookie rule which usually forces new entrants to sign with satellite teams. This will earn him a factory seat – something that he has been desiring for quite some time now. Since his current partners, Aspar, are trying in vain to convince him to join their MotoGP operations, it seems that their two bikes would find the reins under Tony Elias and Hector Barbera! 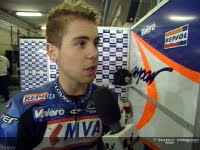 Tony Elias’ Gresini seat on the other hand will be filled 250cc category’s racing wonder Marco Simonchelli. His team mate will be none other than Macro Melandri – who will make a comeback to the Gresini team after having spent the last two years at Ducati and Kawasaki respectively. In spite of losing factory support this year, the Italian rider has proved his worth in almost each and every race he has participated in, and hence, looks forward to a successful comeback with the San Carlo Gresini outfit. 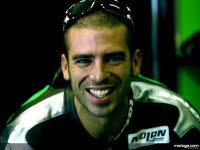 Stay tuned to the Motoroids Auto News as we bring you more exciting news from around the paddock. For other interesting news, reviews and features, download the absolutely free Motoroids2 e-magazine for www.motoroids.com now!