Home Auto Accessories and Products Why Should Cars Have All the Fun? KTM Makes PowerWear Compatible with Alpinestars’ Tech-Air™ Street Airbag System

An airbag is a very important safety device, which has been used for years in the car world to protect occupants from serious injuries. They work when various sensors sense a crash and deploy in a matter of milliseconds to form a barrier of high pressure compressed air between the occupants and the interior of the vehicle, which softens the impact and provides a cushion in a worst-case scenario. Bikes, however, have always missed on this technology, as of now the Honda Goldwing is the only bike which offers an airbag but that too is not of much use in case of a side impact. Here is where Alpinestars Tech-Air system comes in handy. 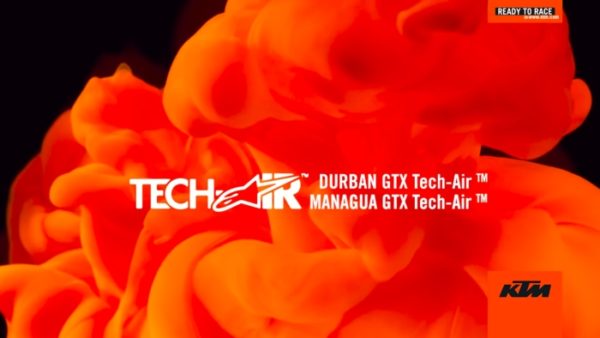 First used in the world of Moto-GP, the system is designed to inflate within 25 milliseconds after impact and create a cushion of air in the rider’s jacket before the first impact. This technology was first tested out on the road for over half a million miles before it went on sale, which shows Alpinestars dedication to make bikes safer for its users. KTM has now made two jackets, the Managua GTX and Durban GTX, which are compatible with the Tech-Air technology to make safer jackets more accessible to the masses. The two jackets also have a bunch of other features which will enable riders to use them on a daily basis without any discomfort. 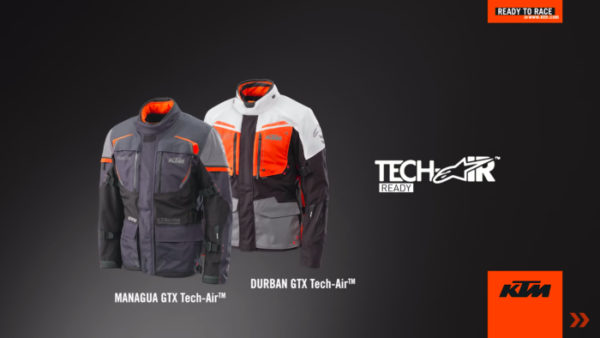 The jackets along with the Tech-Air system also have a bunch of other features like waterproof front fastener, ventilation zips, removable thermal lining, reflective panels for greater safety, freedom of movement for optimum comfort, short and long connecting zip, hydration pack and much more. When it comes to street safety, these jackets are the equivalent to having airbags on your beloved two-wheeler, it may be a costly option but when it comes to your life, is any amount of money huge? I guess not. A helmet, a jacket, riding gloves and boots are essential and a must to wear when riding, no matter how long or short the distance you travel is. It could mean the difference between life and death, especially on roads like ours, where you will never know what would pop right in front of you any time and from anywhere. Here is a video which showcases the jackets in a bit more detail.