If you’re a hardcore Beamer fan you know the 3 Series is one of BMW’s most loved car, thanks to its sharp dynamics and driver-oriented cabin. However, the current 3 Series hasn’t started to seem rather dated and the dynamics have been dulled down in exchange for better ride quality. This may have taken away from the overall dynamics but BMW has always shown promise when it comes to redeeming themselves, especially at a game they’ve been acing for quite a while. After coming across a lot of camouflaged test cars, we’ve finally come across a rendering of the new G20 generation 3 Series that might be closest to what we believe the car will end up looking like. As you can see, as seen from previous models and their design cues, we expect the outcome to have the 3 Series look like a shrunk down 5 Series, which is no bad thing since that too is a shrunken down 7 Series. If this rendering is to be the final outcome, we can see how BMW too is following the Mercedes-Benz line and letting the overall design trickle down from its flagship sedans. 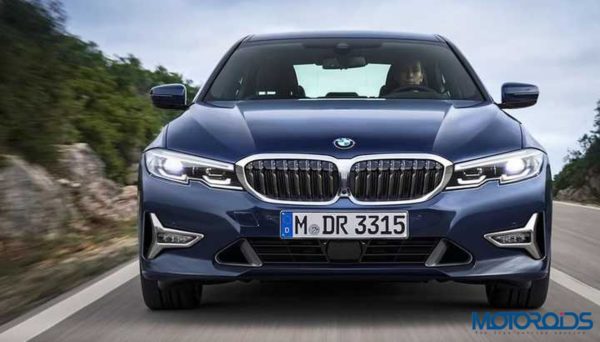 Upfront we see a familiar yet slightly altered face which now as always has a bigger Kidney Grille, we also see a tad bit of an E46 3 Series with the little notches to separate the individual high and low beams. We’re not sure if the 2018 3 Series will feature the same fog lamp housing as this render shows but instead hoping it isn’t as chromed up as seen here as they do look a bit odd. The side profile still looks quite familiar to the current 3 Series with its strong shoulder lines and fenders but the chrome around the rear D-Pillar does seem a bit out of place.

Once you make your way to the rear, you notice the same “Y” shaped housing for the rear reflectors which still look out of place. The taillight design too is quite similar to the current 3 Series and a bit cliched given the number of cars that do single stripped LED taillights these days, they are also “L” shaped and are integrated into the boot. The overall looks of the car seem to lean more towards a luxury car rather than the sporty design we’re used to seeing from BMW, we suppose its just a new design theme the manufacturer is going to follow with this generation.