The Bimota Tesi H2 showed itself to the World for the first time at the EICMA 2019. Based on the Kawasaki H2 (Kawasaki owns a 49.9% stake in the company), this new Bimota still retains many quirks and exotic engineering details which are typical of motorcycles which wear the Bimota badge. The bike has now been shot in the open world and unlike the red and white example which was put on display at the show, this one looks fantastic in black. You just need to remind yourself not to look at the exhaust system.

As the name suggests, the motorcycle, like many Bimotas of yore, is based on a donor bike. For the uninitiated, Kawasaki has bought a 49.9% stake in Bimota, which was founded in 1973 in Rimini, Italy. The name ‘Bimota’ is derived from the first two letters of the last names of its three founders – Valerio Bianchi, Giuseppe Morri, and Massimo Tamburini.

Taking centre stage in terms of uniqueness about the motorcycle is the radical, hub centre steering system which is bolted onto a unique, dive-free suspension system which aids more stability to the motorcycle in comparison to conventional systems. Powering the new Bimota Tesi H2 is Kawasaki’s supercharged, four-cylinder engine which also powers the H2. Although official power figures have not been revealed, it is safe to assume that this Italian motorcycle is a 200 hp+ monster. The Tesi H2 shares the engine, mirrors, handlebar, steering damper, switchgear and exhaust with the donor bike, however, everything else is newly-designed. 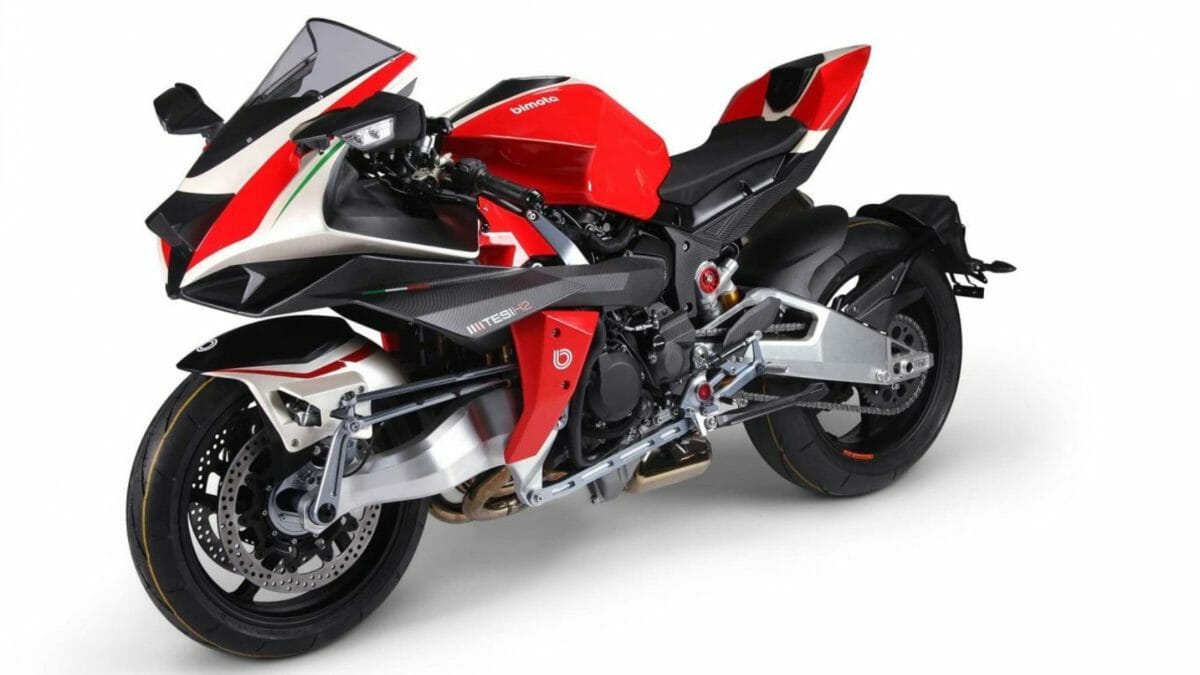 The Tesi H2 offers electronic suspension, traction control and ABS. Unlike the Trellis frame on the donor bike, the Bimota Tesi H2 bolts its motor inside a bespoke, twin-swingarm chassis. If only Bimota could’ve also designed an equally exhaust system instead of using the standard end-can from the donor bike, which in our opinion, does look out of place. This piece of exotica will be made in limited numbers and for what it is and for that legendary badge, the price will be exotic too.