Two years ago, Bimota shut shop after finding itself in a financially difficult situation. However, when a company’s profile reads Massimo Tamburini as one of its founders, there are many waiting with a plan to revive things. Which is exactly what has happened and the Kawasaki-owned revival has given birth to the radical motorcycle in the pictures, the Bimota Tesi H2. As the name suggests, the motorcycle, like many Bimotas of yore, is a custom version of the Kawasaki H2. 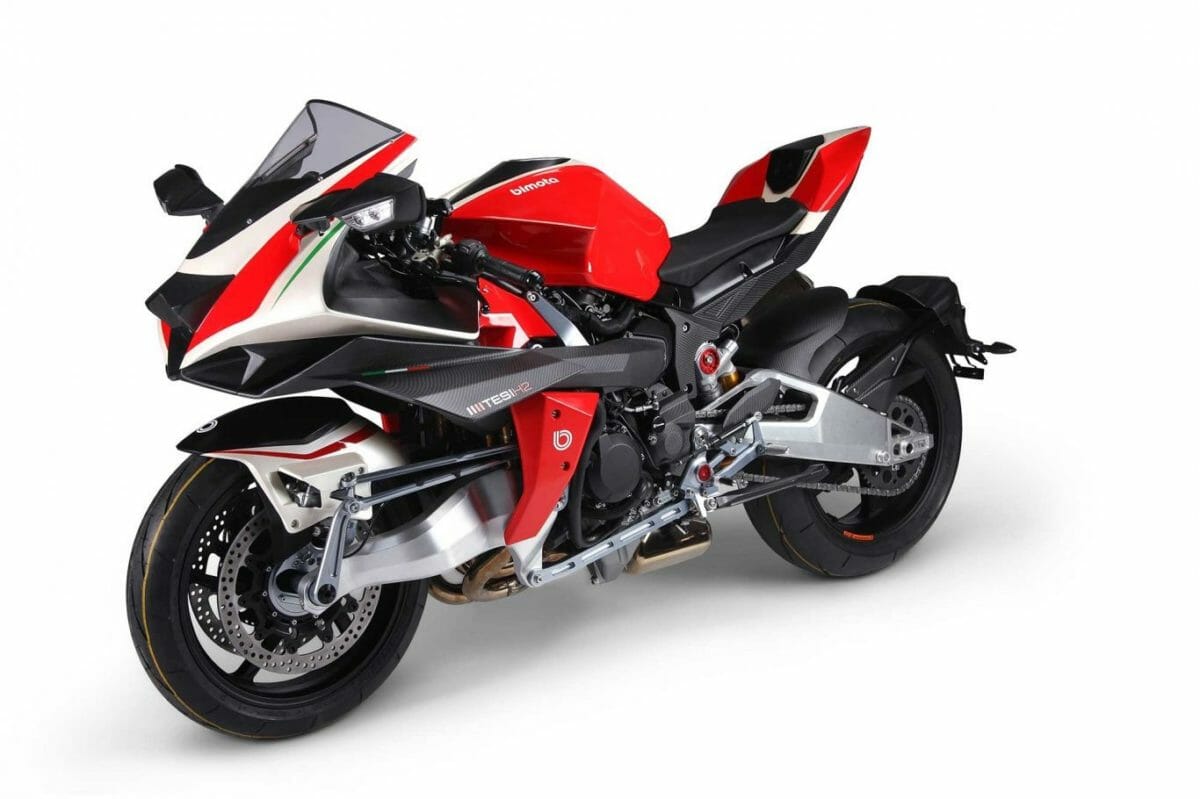 Powering the motorcycle is Kawasaki’s 200hp+, 998cc supercharged engine which also powers their flagship, the H2. For this Bimota, the mad motor could develop anything between 200 hp – 300 hp. However, unlike the Trellis frame on the donor bike, the Bimota Tesi H2 bolts its motor inside a bespoke, twin-swingarm chassis. The radical, hub centre steering system is bolted onto a unique, dive-free suspension system which aids more stability to the motorcycle in comparison to conventional systems. 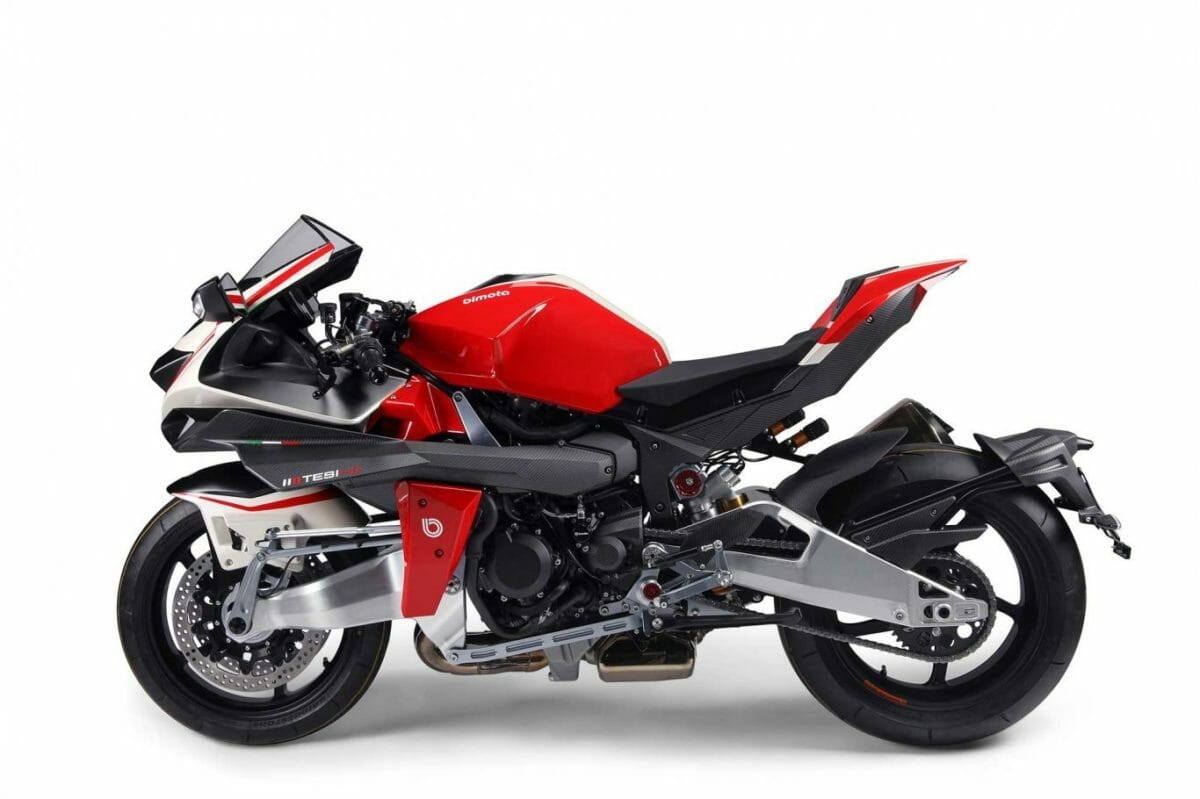 It comprises of two fully-adjustable shocks, where each is mounted on its own adjuster and the system can be used to adjust the ride height of the front and rear of the bike independently. Explains the two Ohlins dampers instead of the one single cylinder we’ve come to see on most top-spec bikes. While one shock takes care of suspension action at the rear wheel, the other appears to handle the front swingarm via a linkage on the left-hand side of the bike 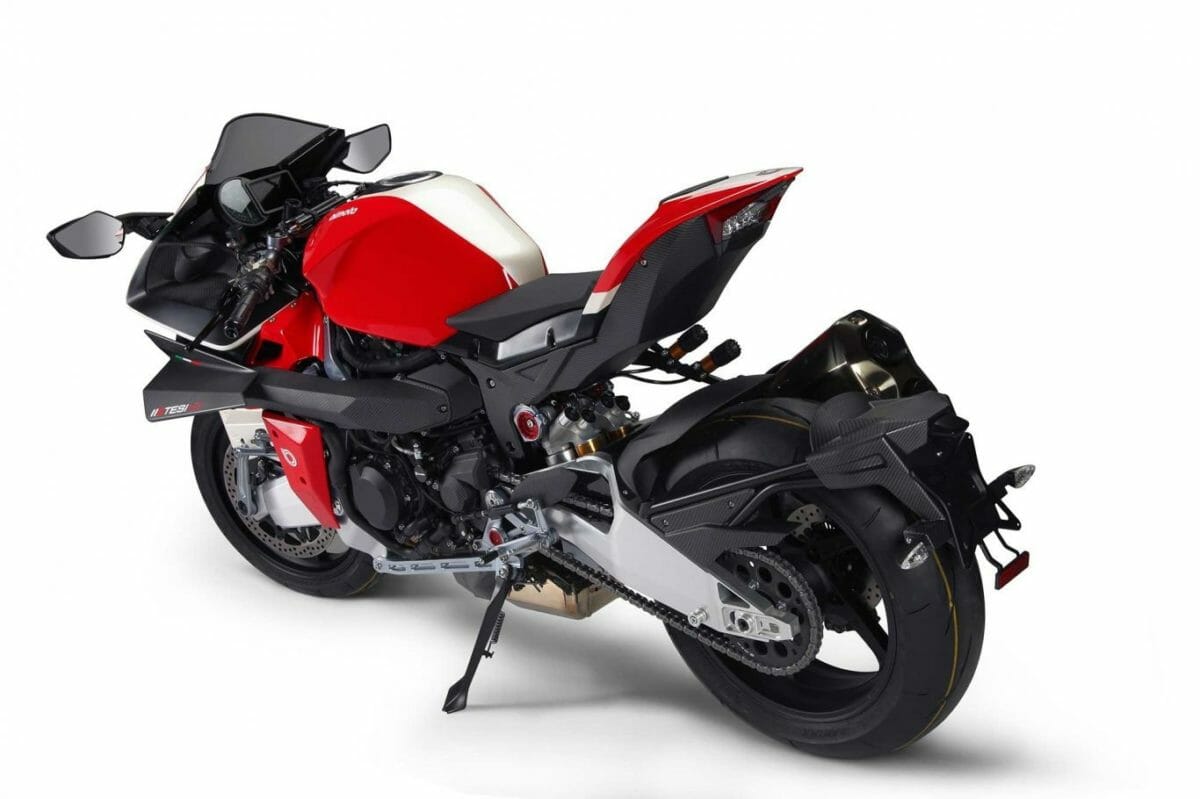 The busy but intricate design is certainly drool-worthy and is full of high-quality components which grant the Tesi H2 ‘Exotic’ status. If only they could’ve used a custom exhaust system instead of the standard pipes from H2, our guess is things could’ve looked even better. And we’d imagine a clean tail instead of the carbon fibre rear tyre hugger. All the other hardware which isn’t machined in-house is also top-spec, including braking components from Brembo. The Tesi H2 does look like it will be sold in limited numbers and will be priced to retain its exclusivity. 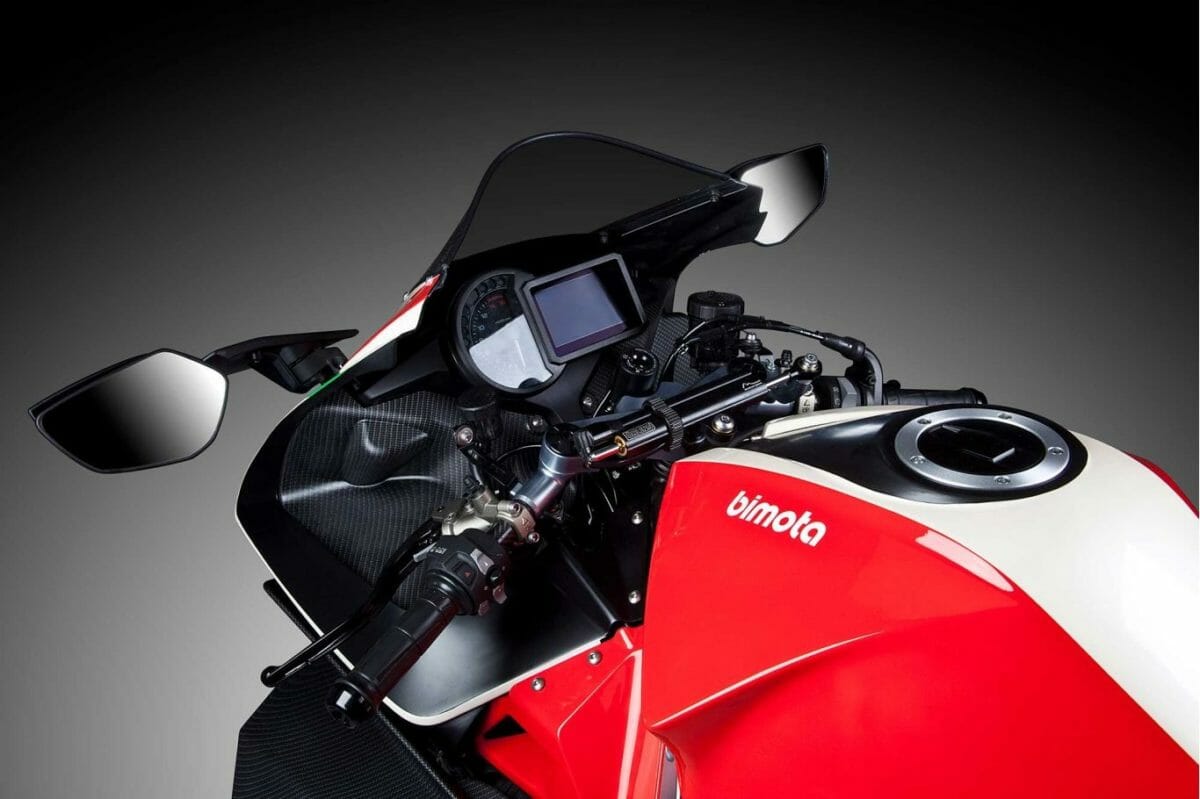 For the uninitiated, Kawasaki has bought a 49.9% stake in Bimota, which was founded in 1973 in Rimini, Italy. The name ‘Bimota’ is derived from the first two letters of the last names of its three founders – Valerio Bianchi, Giuseppe Morri, and Massimo Tamburini. There you go then, the age-old hybrid dream of an Italian motorcycle running Japanese components has just come true.