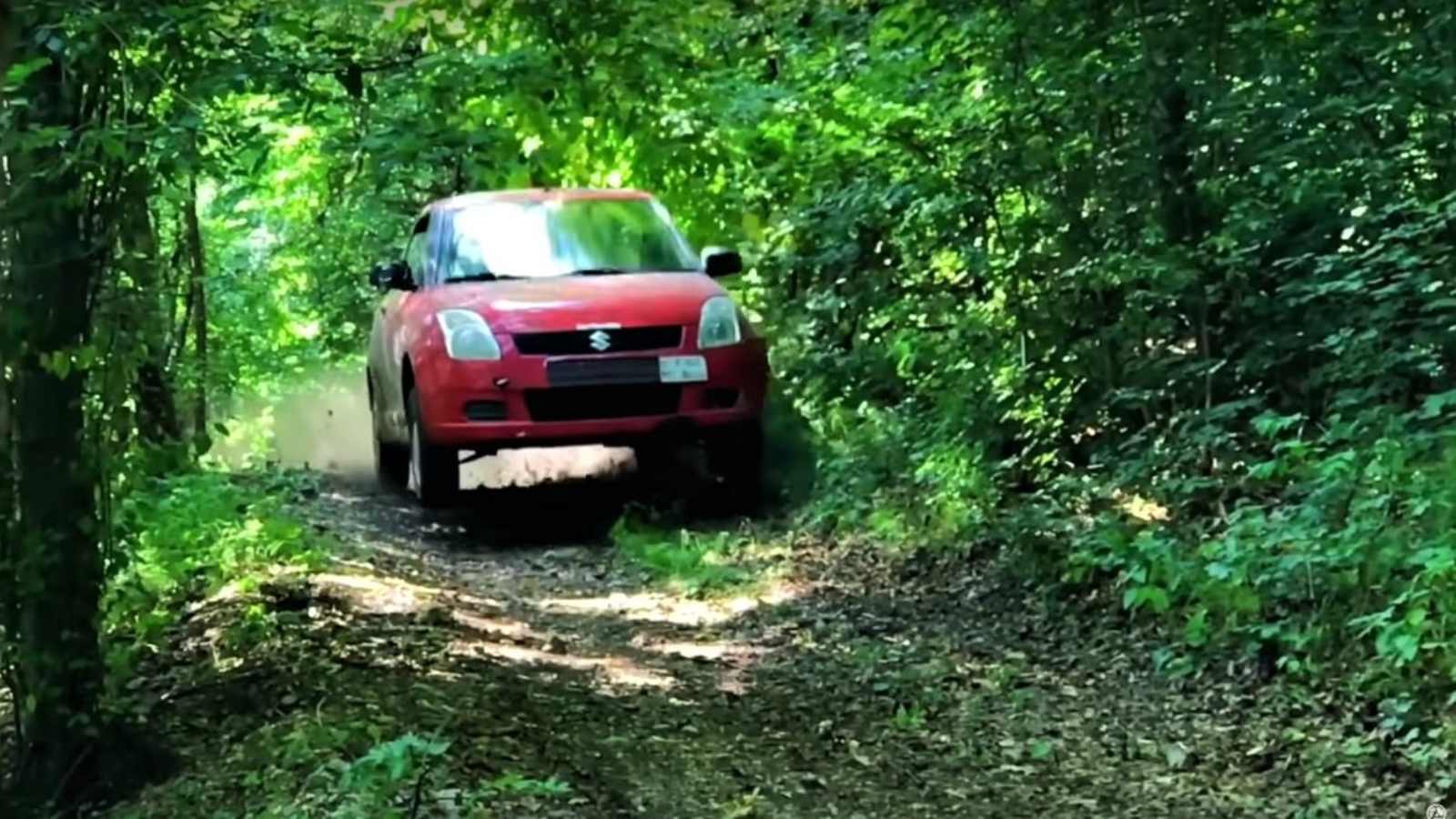 The current-gen Swift is without a doubt one nippy little thing which is fun to drive indeed. But it’s slightly more civilised in comparison to the first-gen model which was powered by a 1.3-litre, naturally-aspirated petrol motor from the Esteem, and a turbocharged diesel sourced from Fiat. The Swift’s driving characteristics do egg you on to have some fun behind the wheel and this little car does justify the name it’s been given.

The proof of what we’re saying is in the video above, where Oliver Amon, the man who also drove the current-gen Swift in a Gymkhana-style video, takes a bone stock, first-gen example for a fast spin through the woods and some grassland. The car’s stock setup and bodywork can barely keep up with what the driver asks from it. But the gritty little Swift does hold on and allows its wheel to happily slide, step out, and it carries on even when the chassis takes some air. This was Oliver’s way perhaps, to get team Suzuki back at the WRC, where Suzuki’s factory-backed team did participate, but the outfit’s official outing was rather shortlived.

Also Read: Watch the New Suzuki Swift Being Pushed To The Max In This Gymkhana Style Footage!

In India, the Swift is still regarded as a no-nonsense, yet, fun car to drive and live with. Because we are a unique car market, Maruti Suzuki also offers an extended, sedan version of this hatchback, which even replaced the little Alto for some time as the country’s bestselling car, the Dzire. Beginning April 2020, like all other cars in Maruti Suzuki’s portfolio, the Swift too will be offered only with a petrol engine, as the manufacturer will no longer sell diesel-powered cars once the BS-VI norms come into effect. There have been rumours that the 1.0-litre Boosterjet motor which currently powers the Baleno RS, could be plonked under the Swift’s bonnet for a go-fast version. For this particular variant, Maruti Suzuki could also upgrade the brakes, wheels and tyres, in addition to cosmetic elements on the outside and inside the cabin. We’ll get you updates if there’s any more news about that happening. Until then, stay tuned.