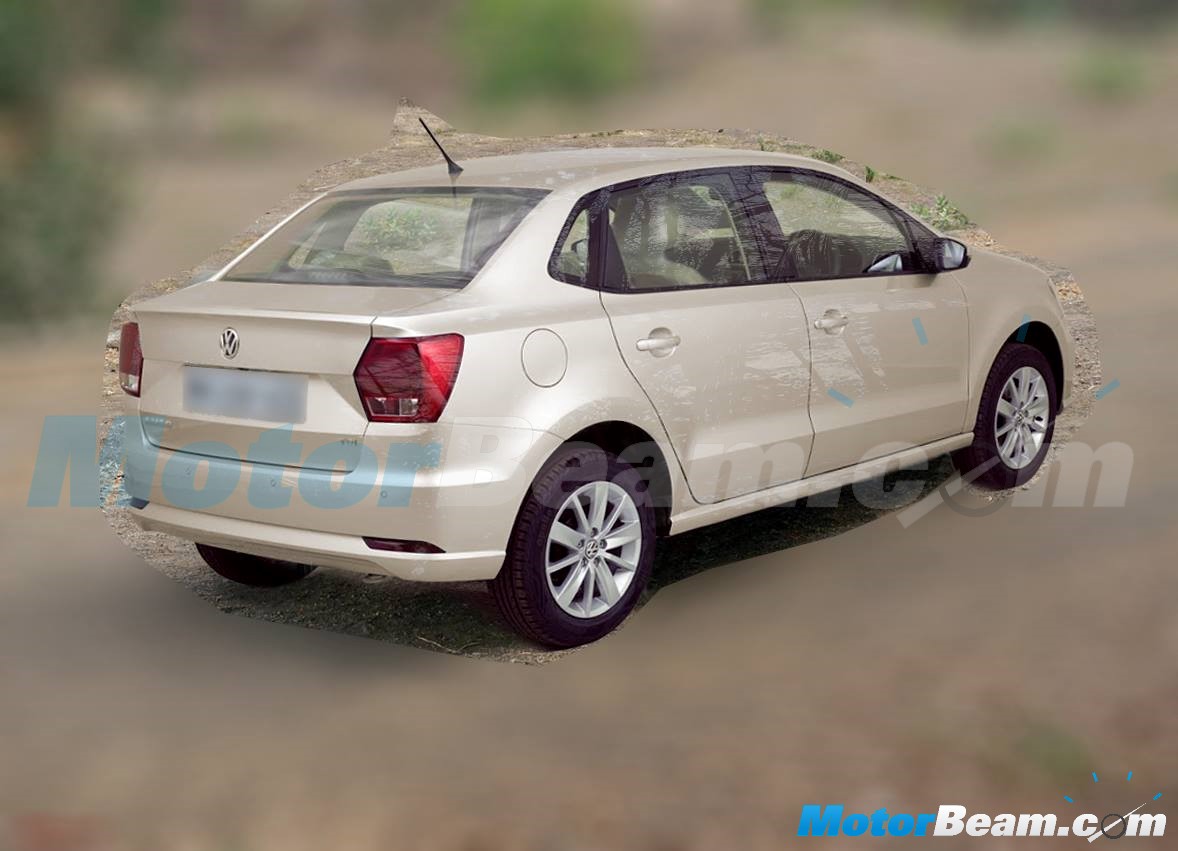 Volkswagen’s compact sedan was recently christened as the Ameo and a prototype was spied testing just a few days back. Now spy images have revealed the complete posterior of this upcoming compact sedan based on the Vento. An image of the tail lamp for the Ameo was also released with the official announcement of the name.

The spy image reveals the posterior of the car and we can see a few things that weren’t visible earlier. The registration plate recess seems to be inspired from the Skoda Rapid whereas the tail lamps bare an uncanny resemblance to that of the Hyundai Xcent although the cluster doesn’t flow into the body-line as seen on the latter. Coming down a bit lower one can notice the red coloured reflectors which seem to be a new feature as they weren’t seen on the Vento, the sedan on which it is based.

The most significant change in the Ameo when compared to the Vento would be the flat profile of the posterior. The flatter and smaller rear profile was designed based on the factor that the car should fulfill the sub 4 metre requirement. Powering the Ameo could be a 1.5 litre four-cylinder diesel engine and a 1.2 litre three-cylinder petrol engine, both mated to a 5 speed manual transmission. 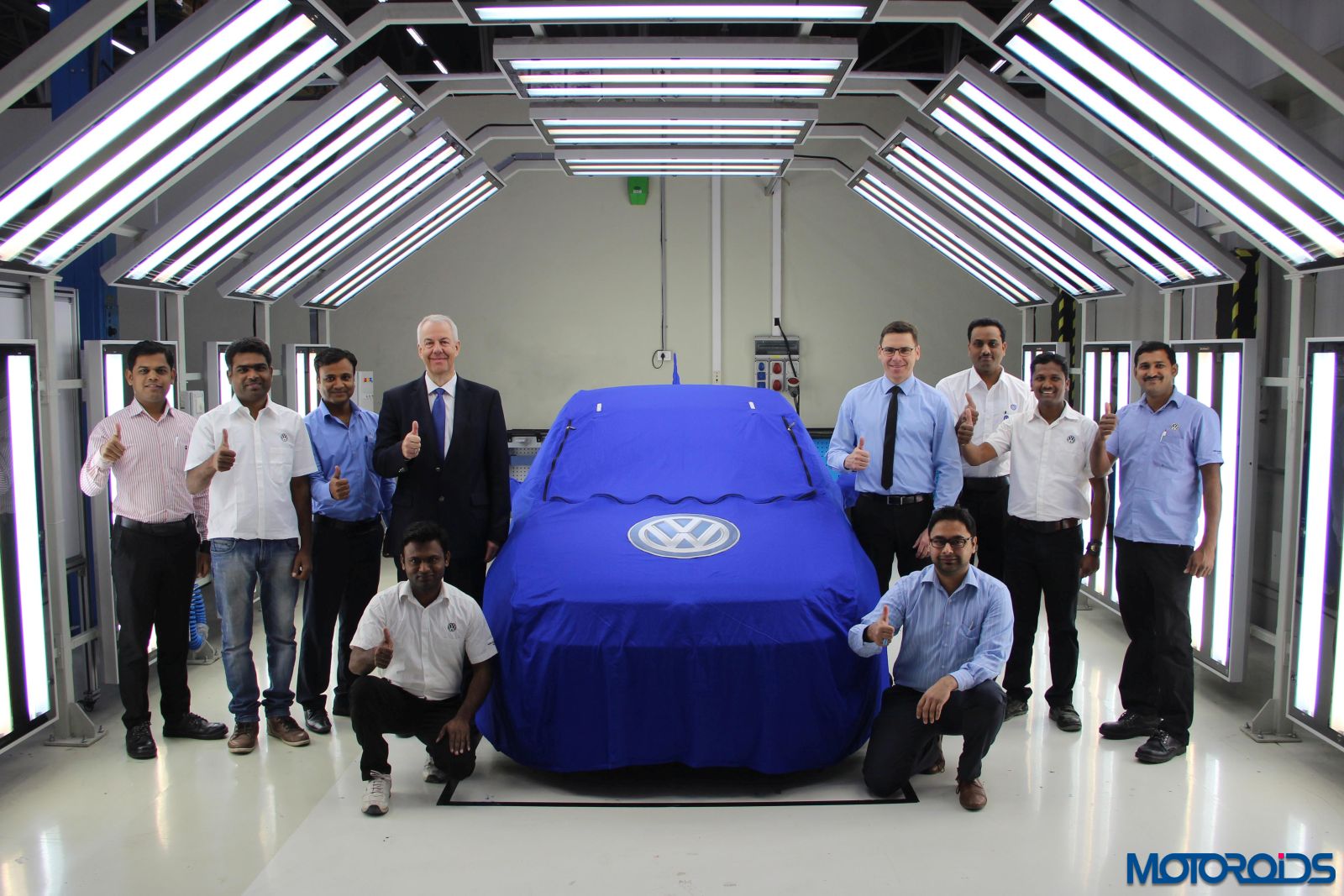 Volkswagen’s compact sedan, the Ameo which has been specifically designed for the Indian market, is set to leave for its premiere in New Delhi. Seen in the picture are Volkswagen officials along with the curtained Ameo. Under the covers, stands the Volkswagen Ameo that is made in India at the Volkswagen’s Plant in Pune, ready to be dispatched for the unveiling which is due in less than two weeks from now.

Once launched, expect the Ameo to lock horns with the likes of the Hyundai Xcent, The Maruti Suzuki Swift Dzire and the Tata Zest. The compact sedan from the house of Volkswagen could command a price of approximately Rs. 5.5 – 7 lakhs.

Stay tuned to Motoroids as we bring you the latest updates on the Volkswagen Ameo as well as all the other news updates live from the Auto Expo.