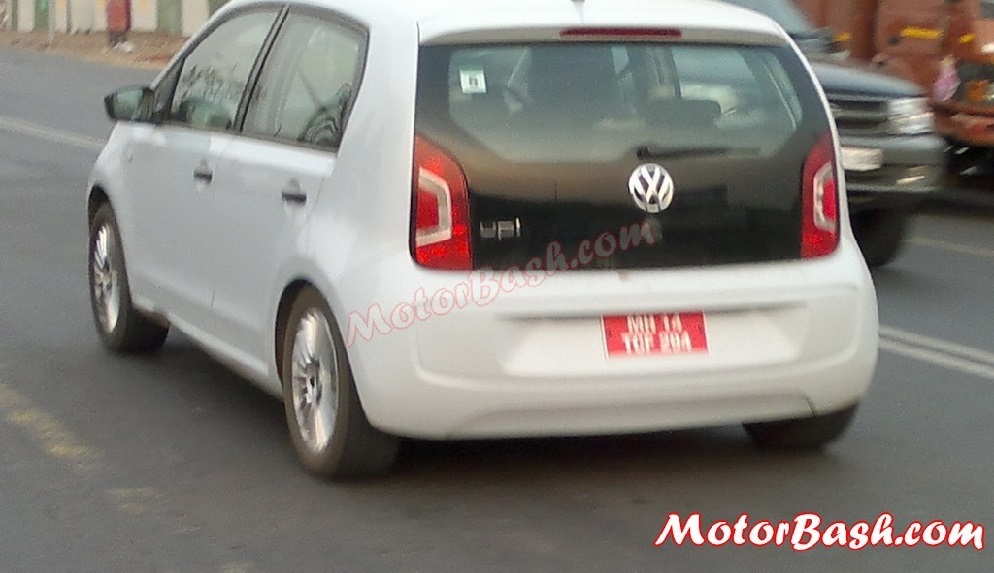 Only last night, we reported that Volkswagen has been caught testing the Up! five door hatchback in Pune. Now, we have a video of the same car undergoing testing on public roads of the city. From the looks of it, the VW Up! test mule seems to have been caught undergoing suspension tests on Pune roads.

It is a well known fact that Volkswagen is giving a serious thought to launching the Up! in Indian market. The car was first seen on Indian soil in January last year and the 5 door Up! has been caught testing on Indian roads on numerous occasions.

The Volkswagen Up! will be positioned below the Polo hatchback in Indian market and the upcoming car will be VW’s second launch in the very popular Indian small car segment. The car will be pitted against the Maruti Wagon R, the Chevrolet Beat and the likes. On the inside, the Up! 5 door will borrow a fair bit from the Polo and will come with headrests integrated into the front seats. Expect class leading quality of materials and a long equipment list.