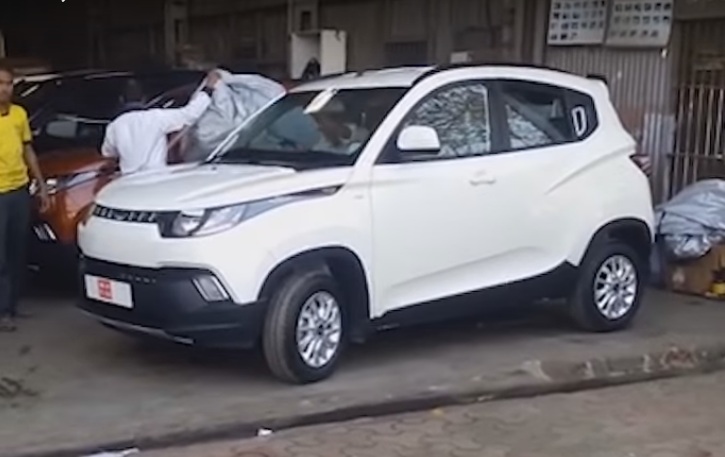 We are at Mahindra’s Chakan plant right now to attend the launch event of the highly anticipated Mahindra KUV100 compact crossover. Totally undisguised images of the car have surfaced on the internet in the meantime revealing the details. The screen grabs from a video on Yutube show us a totally undisguised KUV100 in White Orange and red colours. The video also puts the car next to its big brother, the XUV100 to give us a perspective on its size. 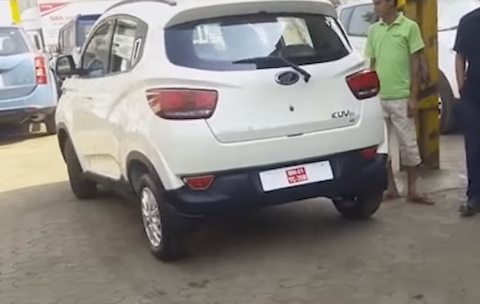 We have done an exhaustive design review of the KUV100 which you can read here to understand and appreciate the design elements on the KUV100 better. The key elements of the styling, though are that new radiator grille, the elongated headlamp that extends into the bonnet shut line, 6×2 spoke alloy wheels, prominent creases in profile, rear door handle mounted behind the window and a fine red highlight within the headlamps. 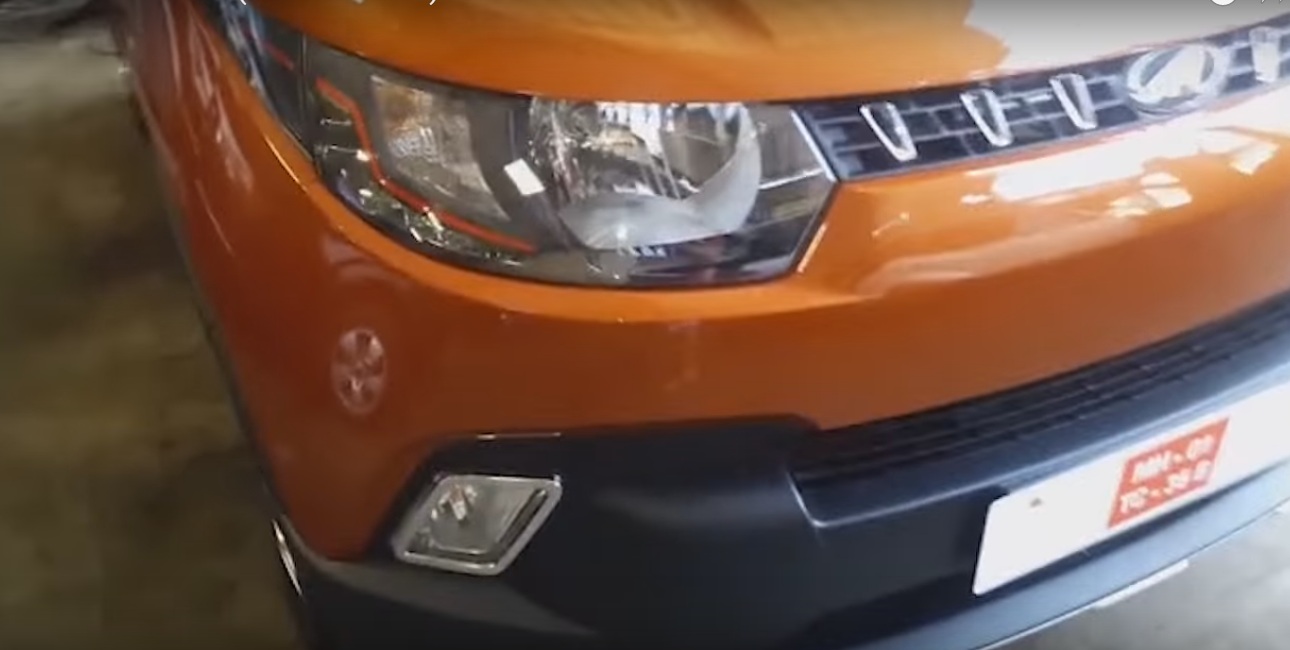 On the inside, the cars gets a unified front seat, capable of seating three passengers  in the front row, technically making the KUV100 a ‘six seater’. The interior of the car have been revealed in full too and we have done a detailed report on it. You can read all about the car’s interior by clicking here. 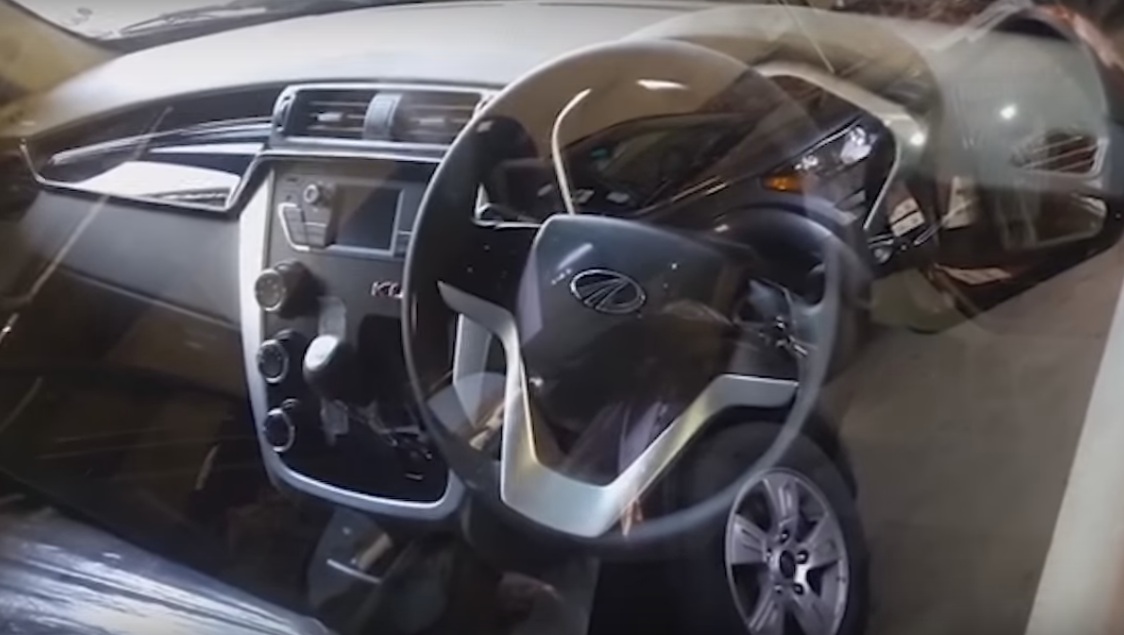 Read: This digitally Modified KUV 100 looks like a little Devil 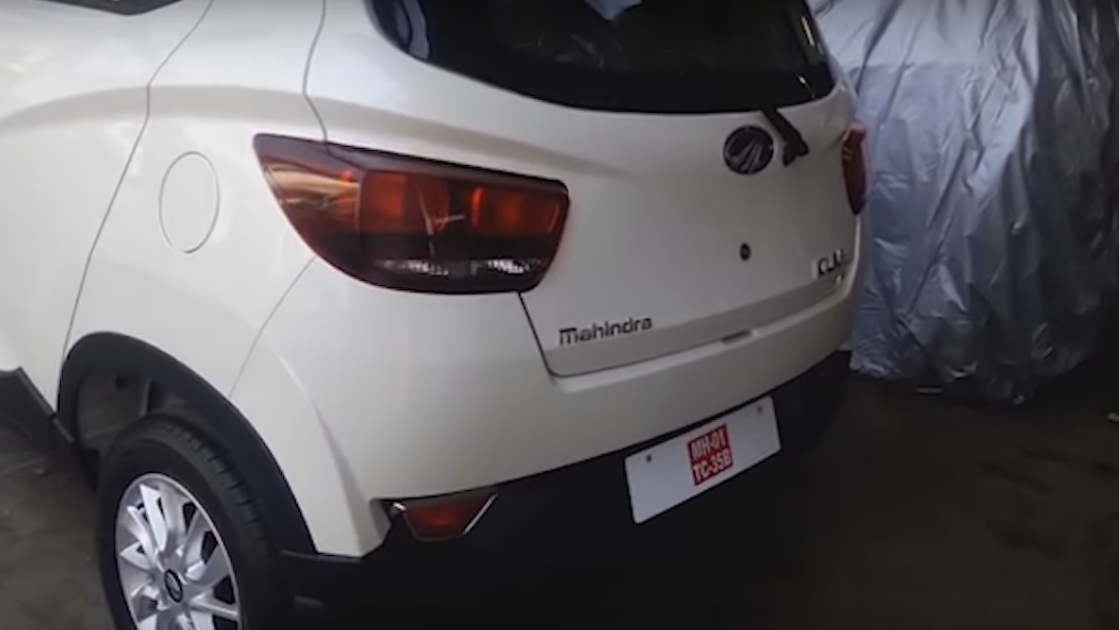 The new car will be available in 4 trim levels. Starting from the basic K2, there will be K4, K6 and the top of the line K8 variants. We hear that ABS and dual airbags will be standard on all the variants which is a welcome news.

Check out the video that reveals the car’s exterior in great detail for the first time below.