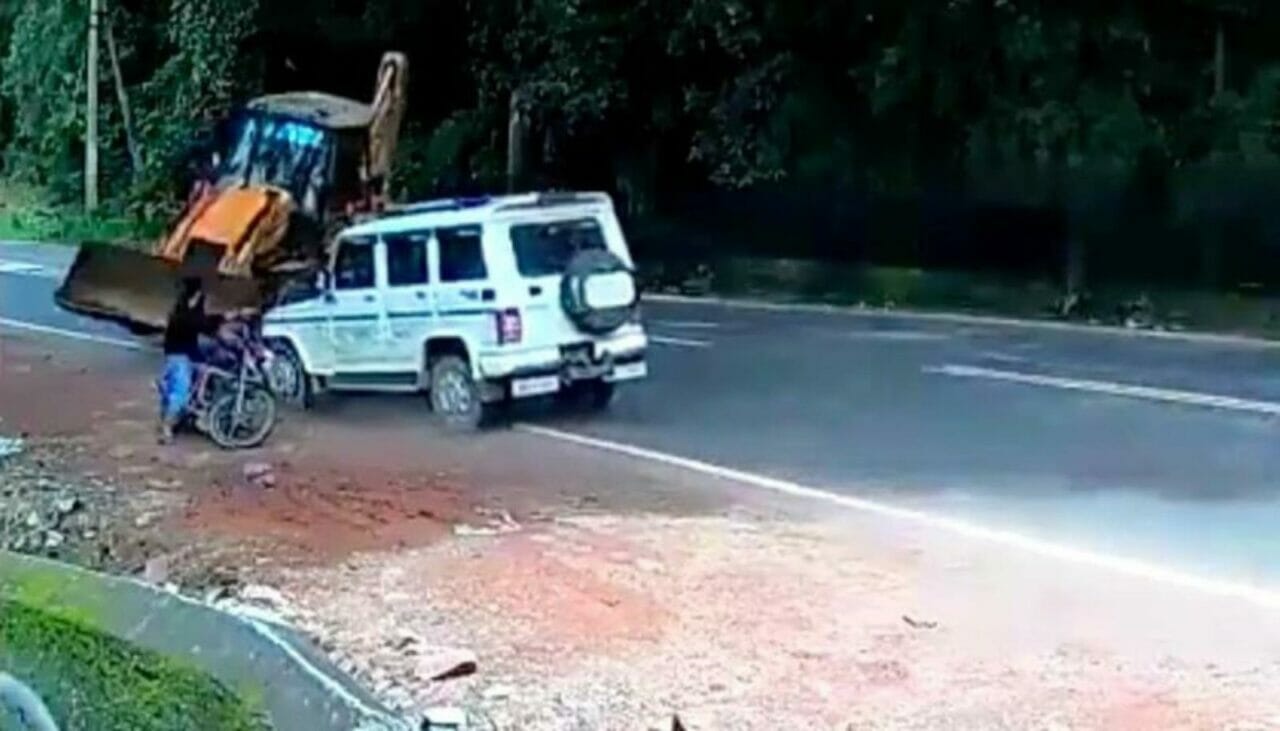 In what could have been a horrifying visual, a Mahindra Bolero saved the life of a biker from being crushed by a giant JCB. A video shared on social media showing a head-on collision between a JCB and a Mahindra Bolero SUV has gone viral.

The incident is said to have occurred near Thodukappu in Karinkallathani on the Kozhikode-Palakkad national highway in Kerala. The video shows how the crashing Bolero SUV saved a biker standing on the side of the road, watching helplessly as the two vehicles collided right next to him. 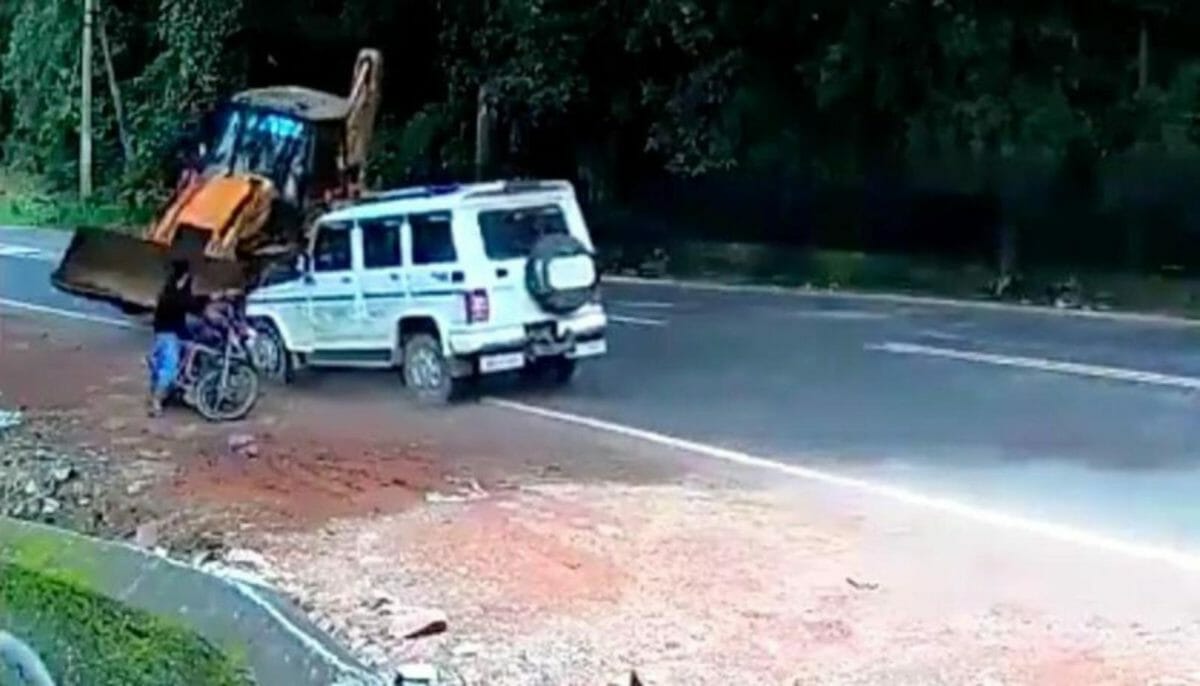 The 23-second clip, which has garnered over 1 million views, shows the frightening moment when the two vehicles crash into one another after the JCB loses control. While it is not clear what exactly happened, rumours were agog that the SUV driver, who was coming from the opposite direction, intervened to save the biker.

What exactly happened at the scene?

It was unsure whether it was a tyre or any mechanical failure but the driver of the JCB could not control it at that point and hurled towards the motorcyclist who could not see it coming as it was approaching from the rear. The incoming Bolero SUV on the other lane tries hard to slam on the brakes to avoid a collision. But it could not stop properly before the JCB machine came crashing into it.

All this while the biker is seen standing on the side of the road, apparently talking on the phone. Despite being off the road, he suddenly finds himself in the middle of the crash. Though his bike suffered from the impact, the man himself escaped without any serious injuries and somehow avoided getting crushed by both the Bolero and the JCB. Miraculously, the driver of the SUV, too, appeared to be unhurt in the accident.

The Bolero SUV, known for its sturdy built, found a number of new fans this weekend as the video surfaced on social media including the Mahindra & Mahindra Group Chairman- Anand Mahindra. While sharing the video on his Twitter handle, Mr Mahindra wrote in Hindi, “It seemed that the Bolero became a living thing and its only mission was to save the motorcyclist”.

Also READ: Here’s Why Buying A Vehicle Will Be Slightly More Affordable From August 2020

The JCB then hit a tree and came to a halt. The driver of the JCB who sustained minor injuries was taken to the hospital. Fortunately for the biker, the collision happened just before the JCB machine would have run him over.