In the mesmerising world of high-powered, high-priced supercars, impressive acceleration times are quite common. Modern supercars/hypercars get stupendously powerful braking systems which, if needed, can stop these multi-million dollar beauties on a dime (well, almost). In 2011, Koenigsegg’s Agera R set a Guinness World Record when it sprinted from 0-300 km/h and then came to a complete stop in just 21.19 seconds. That’s pretty crazy quick, but Koenigsegg has just outdone their old record. The car involved? A 1340bhp One: 1 aka ‘Megacar’. 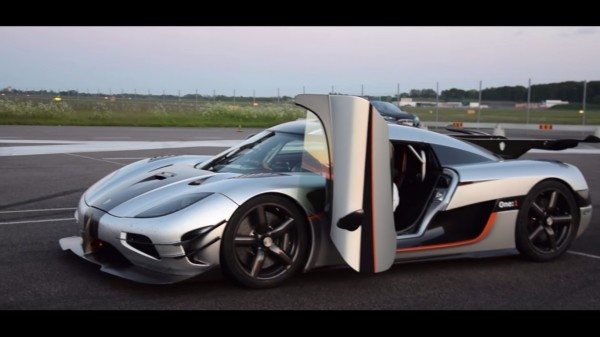 The One: 1 used for the run was Koenigsegg’s very own development vehicle.

To put the insane One: 1 to the test, Koenigsegg arranged for a short practice session on their test track in Ängelholm, Sweden. Piloting the 1340bhp One: 1 was the company’s test pilot Robert Serwanski and the ‘0-300-0’ run conducted by Koenigsegg was only meant to be a standard practice session. However, the $1.9 million One: 1 obliterated the previous record set by the Agera R. 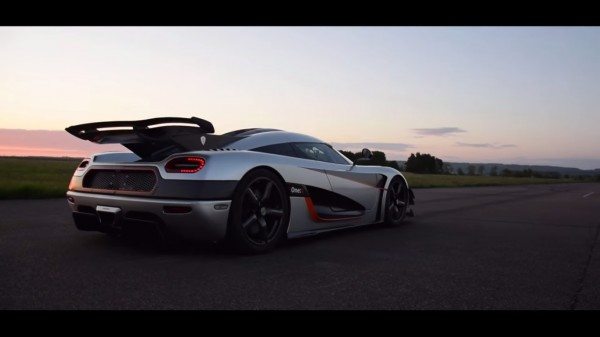 All set and ready to go for its practice run, which incidentally, ended up creating a record!

The ‘megacar’ rocketed from nought to 300 km/h and back to nought in a pulverising 17.95 seconds! Serwanski even managed to take his hands off the wheel at an amazing 200 mph (320 km/h) and the ‘Segg remained perfectly poised. Goes to show what proper engineering can achieve. 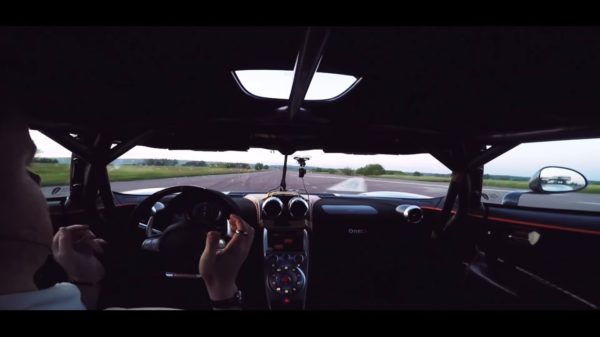 The test driver took his hands off the wheel at over 300 km/h, the One didn’t even budge.

The One: 1 took just 11.92 secs to hit 300 km/h, and coming to a halt from that velocity to zero took a meagre 6.03 secs. This means that the Koenigsegg One: 1 bettered the Agera R’s time by a whole 3.24 seconds. For safety reasons, Koenigsegg had fitted this particular One: 1 with a roll cage which added 50kg to the total weight of this highly weight-conscious road missile. Watch the video below and let us what you thought about this spectacular achievement in the comments section below. Enjoy!