Home News VIDEO: Heroic Cop In Gurgaon Serves Justice by Clinging On To The Bonnet Of A Runaway Car

We live in a country where breaking road laws is a common phenomenon. From not following traffic lights, to driving on the wrong side of the road, we do it all. Fortunately, we still do have men in our law enforcement force, who try their level best to ensure discipline is followed. In this video, we see one such cop risking his life by clinging on to the bonnet of a car to make sure justice is served. 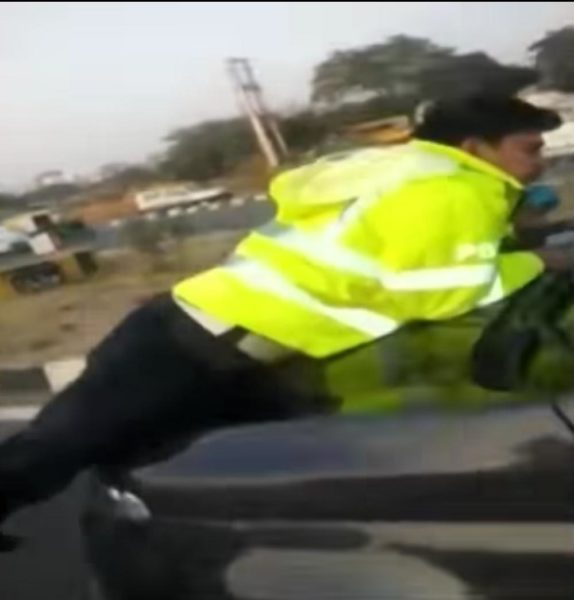 The incident took place on the roads of Delhi in an area called Signature Tower Chowk. The accused was driving on the wrong side of the road and was caught by the cops. Assuming after having a word with the cops, the accused might have thought of taking the easy way out. He is seen engaging the reverse gear of the vehicle in an attempt to flee from the scene. The accused had no intention of stopping and despite the fact that there was a cop standing in front of him, he tried to carry on. The heroic cop climbed on to the bonnet of the vehicle and clung on for some time, before the accused decided to stop. 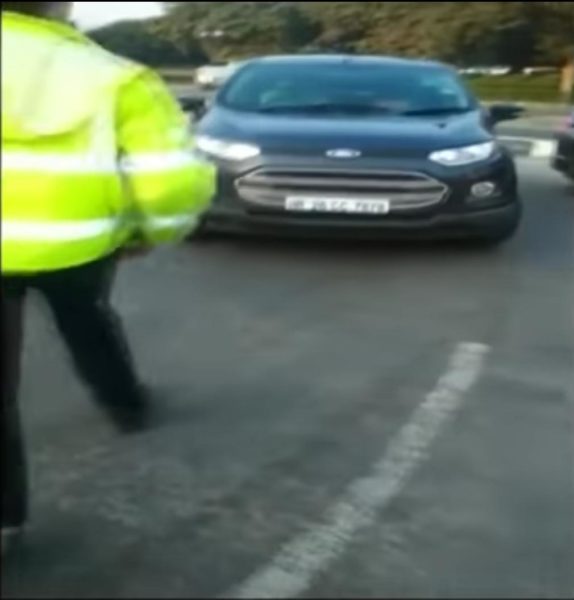 The accused has been arrested and his vehicle too is seized. We have immense respect for the officer who took such a risk to get his job done. In a city which witnesses about 5 deaths due to road accidents every day, it is about time we start respecting and obeying the law. Moreover, due respect to cops enforcing the law must be given as well. We do not know when but we sure need to change our driving habits and law-breaking mindset to make our roads much safer than they are right now.