The Ford Ecosport has been one of the oldest players in the sub-4-metre SUV segment. Back when it was launched, there was not much competition the car had to face, which helped Ford boast of great sales numbers. However, now, the competition has now gone over the roof, with all big players offering a car in this segment. While the Maruti Suzuki’s Vitara Brezza remains on top in terms of sales, the new entries – the Mahindra XUV300 and the Hyundai Venue too, also seem to have Ford worried. Maybe this is why, the brand would be releasing a brand new Thunder edition of their popular model, which comes with a number of exterior changes to enhance its appeal to customers. 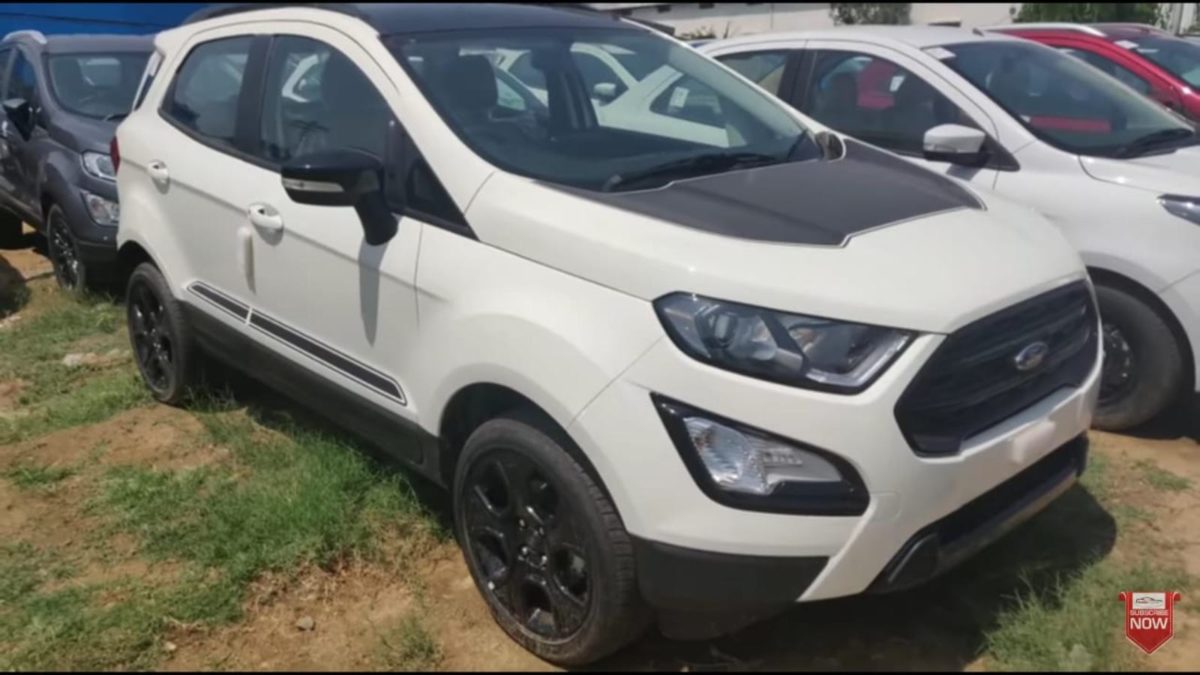 YouTube Channel AutoTrendz has managed to capture this SUV in this video, which showcases this new variant. The Thunder edition gets blacked-out treatment on the exterior. The roof, the bonnet, the mirrors, the wheels, spare wheel cover, fog lamps housing and some more bits have been murdered out for an aggressive appearance. Thunder badging has been slapped on the tailgate, right below the Ecosport badge. The changes in the Thunder Edition are just not limited to the exterior, the inside too carries some changes. The car would come with a dual tone interior scheme, in the shades of black and brown. Moreover, places like the steering and seats come with contrast stitching for a premium look. 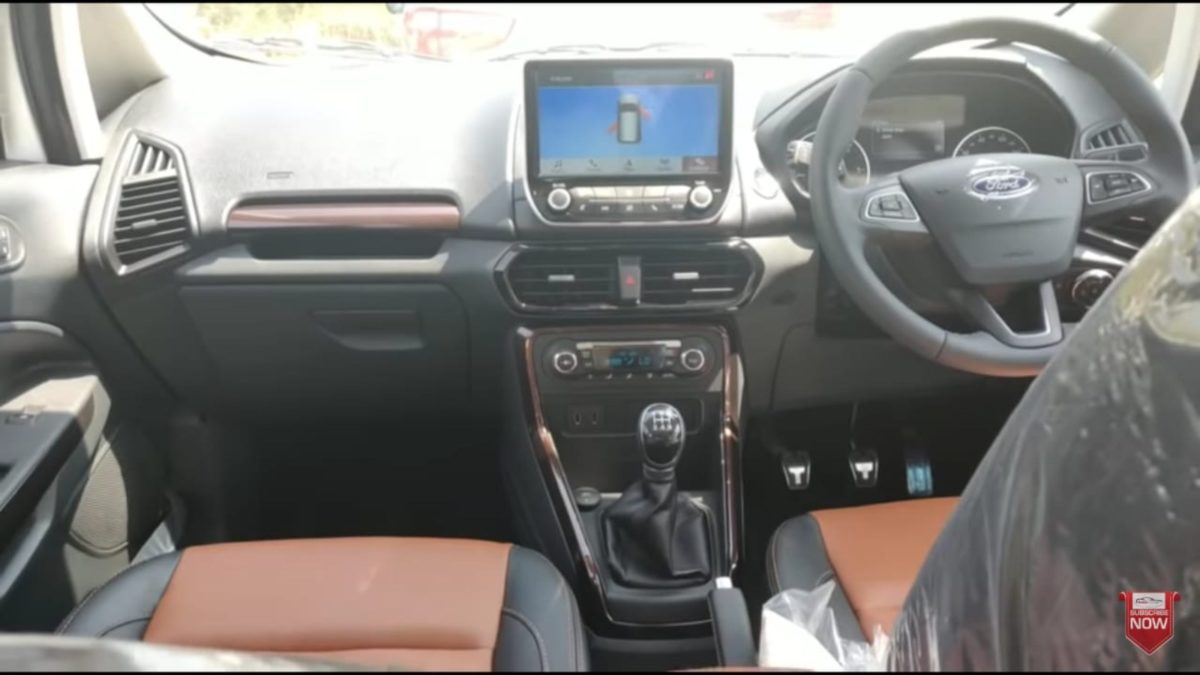 The changes of the Thunder Edition, are just limited to the exterior and interior of the car, the mechanicals shall remain the same. Currently, this Ford offers a total of three engine options – two petrol and 1 diesel. The first option is a 1.5-litre naturally aspirated petrol motor, tuned to deliver 123 PS & 150 Nm, paired with a 5-speed manual or a 6-speed automatic gearbox. The other 1.0-litre petrol motor is turbocharged, with a litre of displacement tuned to develop 125 PS & 170 Nm. This engine is only offered with a 6-speed manual gearbox. The oil burner has a displacement of 1.5-litre, developing 100 PS & 205 Nm and paired with a 5-speed manual gearbox. There is no information out yet, on which of these engine-transmission combos would be receiving the Thunder Edition treatment, however, this video confirms that the diesel motor will be offered in this trim. Expected to be launched by the end of the month, expect a marginal premium over the existing trim levels for this new variant of the car. Linked below is the walkaround video of the car, do have a look.