The All New Hyundai Santro was launched today and we were given the opportunity to drive the car, however, we were not allowed to take any pictures of the car. Having said that, we were given a fair amount of time to drive the car and here is what we have learnt so far from the drive. The engine is a 1.1-litre 4-cylinder unit which is good for 69 hp and 99 Nm of torque. There is no diesel engine on offer but customers can order a factory fitted CNG kit with the car which would drop the power figures to 59 hp of peak power and 84 Nm of torque. The power figures themselves may not be impressive but are good enough for this segment. The ARAI fuel efficiency of the petrol variant is 20.3 kmpl and that of the CNG variant is 30.5 km/kg. 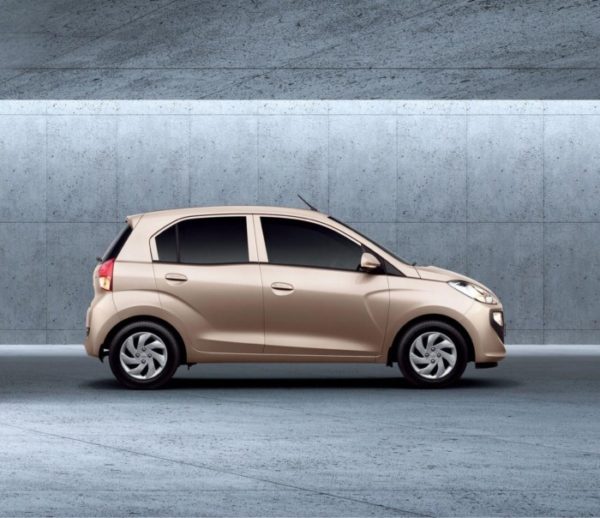 When we drove the car, the first thing that impressed us was that the good low-end torque which is available but the engine was not rev happy. The gearbox is one of the best in the segment and the AMT which is developed by Hyundai in-house which is very smooth and responds very well to manual shifts. The creep function available also is very nice and useful in traffic conditions. The car also is compliant to new safety norms and the irritating speed chime is present. Overall, the engine packed with great low-end torque and would be very helpful in the city but would feel out of place on the open road. 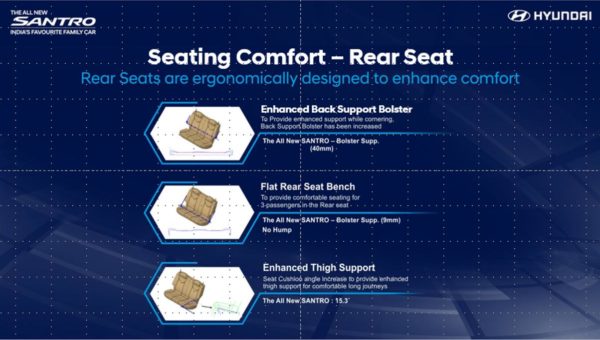 Coming to the handling, the steering is very Hyundai like and very smooth to operate which would be great in the city. The suspension has a nice soft feel to it but we did not encounter any bad patches to test it out. The car handled the corners pretty well with its wide track and was quite stable. On long corners, the car did not feel wobbly and handled pretty well, a very small amount of body roll was felt but it is not worth complaining. Hyundai also worked very hard on reducing the NVH levels and that was quite evident. There were two tyre options which we saw, Hankooks and MRFs which help the car have such great stability. 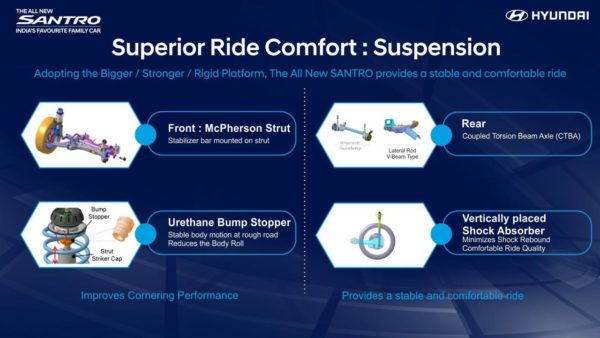 Now we talk about the features of the car, which you would be looking forward to knowing, the interiors offer great headroom and have a nice airy feel. The interior is fuzz free and the built quality is top notch. The car also gets a 7-inch touchscreen unit the best in the segment. The shoulder room on offer in the rear is great and the overall build quality is very sturdy and built to last. The infotainment system is similar to the one seen in the Grand i10 and the steering mounted controls offer buttons to control the infotainment centre, Bluetooth telephony and voice commands. The side AC vents imitate a jet turbine and look very nice. The materials present in the interior are hard to feel but there are no sharp edges and are built to last. The power window buttons are present in the centre beside the only bottle holder in the cabin. 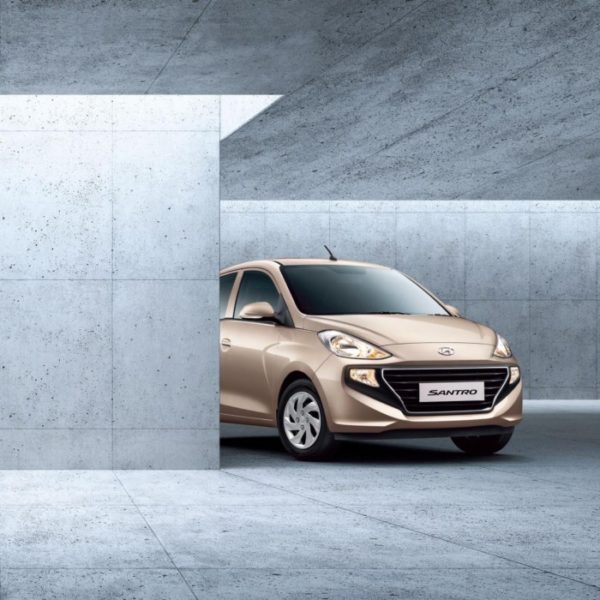 The dash is finished in black and beige and looks rather nice. The instrument console has a speedometer and a rev counter with a small MID screen. ABS with EBD and driver side airbags are offered as standard and top end models get dual airbags. The door pockets offer storage space of two huge bottles which makes up for the single cupholder in the centre. The rear gets a segment first AC vent which is a boon in a hot country like ours, Hyundai claims it to be the best in the segment.

Overall the car carries a non-offensive design with more focus on functionality and not the appearances, form follows function as they say. The Santro will shine in the segment below the swift and other similarly priced hatchbacks, it is a serious proposition for people looking for a small hatchback with great reliability. At this moment, the Tata Tiago is the only car in that segment and if Hyundai get their pricing right, the Tiago now has some reason to worry. Please do watch the video linked above to hear more of our thoughts on the All New Santro.