It seems like the Maruti Swift will still remain mostly unchallenged for a good part of a year, as the next-gen Hyundai Grand i10 will only be here in late 2019. However, this time around, to take on the grown up Swift, the next-gen Grand i10 will flex its muscles too and will be bigger and wider than the model it replaces. There won’t be separate models for India and elsewhere, as only a single, Global-spec car will go on sale all over. 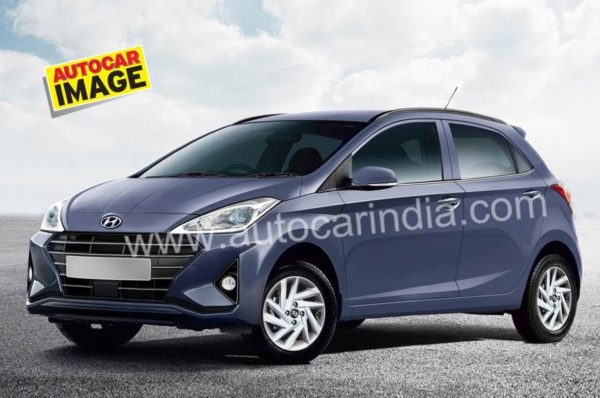 The next-gen Hyundai Grand i10 will focus on backseat comfort, where there will more legroom and space than what is currently available on the existing car. In terms of design too, the little hatch will borrow a lot of styling cues from the next-gen Elantra sedan and feature wider illumination bits and a larger, hexagonal front grille. According to the source of this report, the already feature packed Grand i10’s next-gen model could gain from a bigger touchscreen infotainment system and the introduction of a sunroof, which could very well be a first for this segment.

Also Read: Moving over Head up Display, Hyundai to Introduce Holographic AR in Their Car

Mechanically, the next-gen Grand i10 will in all probability be still powered by the current set of engines, which are 1.2-litre petrol and diesel motors, good for 83 and 75 bhp respectively. However, the big change could be the introduction of AMT, which will replace the current torque converter unit for automatic variants. The introduction of such kit will ensure prices remain competitive and this could very well be the first Hyundai in India to feature such a gearbox. Hyundai has earned quite a repute for funneling down features from upper segment cars, into their bread-n-butter models and the next-gen Grand i10 could really surprise if it gains from that behavior. Until then, the Santro is about to make a comeback soon and we’ll bring you all the news related to what was India’s favourite tall boy as and when it trickles out. Stay tuned!