German marquee Porsche has set another record at the Nurburgring as the 2018 911 GT3 RS completed a lap at the track in less than 7 minutes. The new 911 GT3 RS is the third product from Porsche to have finished a lap under 7 minutes after the 918 Spyder and the 911 GT2 RS. 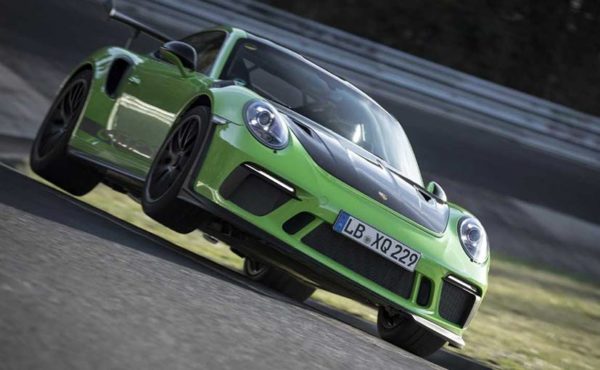 Porsche has recently shared a video of the track record, where the 991.2 GT3 RS finishes a lap in 6:56:4 minutes. The new record attempt in the Porsche 911 GT3 RS was set by Porsche works driver Keven Estre and development driver Lars Kern. The lap time was 24 seconds faster than the best time achieved with the previous GT3 RS model.

Kevin Estre, the man behind the wheel of the record breaking 911 GT3 RS, began the record lap at 11:40 AM in ideal conditions, with 14 degree Celsius ambient and 18 degree Celsius track temperature. The 911 GT3 RS in question was equipped with the latest generation of Michelin Pilot Sport tyres which have been optimised especially for track day use. 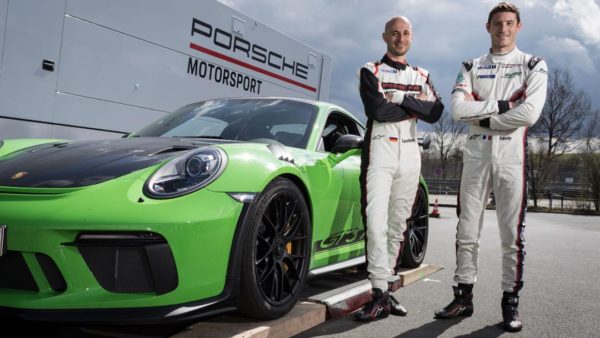 Frank Steffen Walliser, Vice President Motorsport and GT Cars, said that no other Porsche model gets as close to racing as the new GT3 RS. Many innovative ideas from top-level motorsport were transferred; for example, from the 911 GT3 R. This is what their philosophy for GT models is about: Highest technology must be fascinating but tangible. In this regard there is no harder test for their ideas than the Nordschleife. 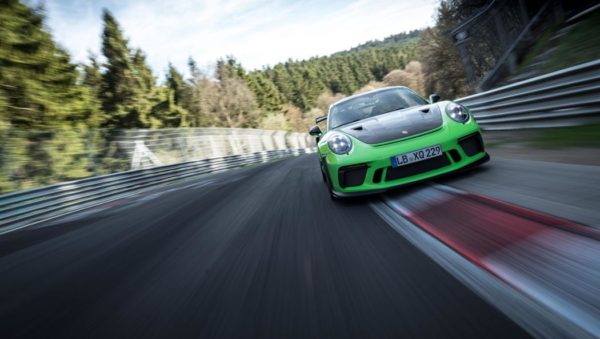 Propelling the Porsche 911 GT3 RS is a 4.0-litre six cylinder, naturally aspirated engine that produces 520 hp, which is 20 hp more than the previous generation model. Mated to a seven speed PDK transmission, the model can sprint from 0-100 kmph in 3.2 seconds, all the way up to a top speed of 312 kmph.