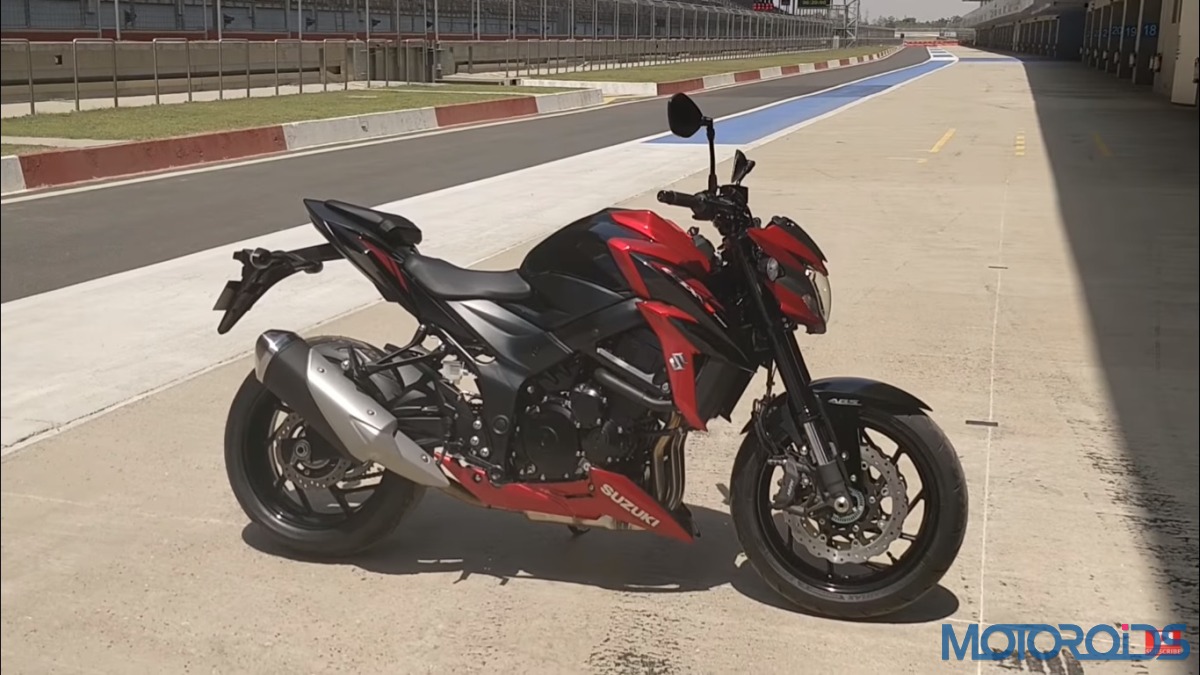 Our team is at the Buddh International Circuit to test ride the new middleweight scheduled to hit the Indian market very soon, the Suzuki GSX-S750. Our Editor is done with the ride around the race track and he seems to be quite impressed with the motorcycle. Check out his first impressions of the new Suzuki GSX-S750 in a detailed walkaround video:

To give a you quick recap about the motorcycle, the new Made-In-India (CKD) Suzuki GSX-S750 is inspired by the bigger, GSX-S1000. The chassis performance is claimed to be improved with a new swingarm, while braking is enhanced with the addition of radial-mount calipers and new discs. The model also comes equipped with ABS as a standard feature. Mechanically, GSX-S750 gets a 759cc, four cylinder, liquid cooled engine. This motor is capable of producing 113 PS of power at 10,500 rpm and 81 Nm of peak torque at 9000 rpm. This engine is paired to a six speed gearbox. 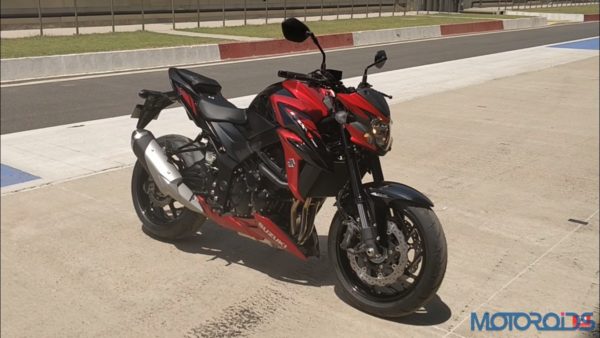 The motorcycle is expected to arrive at an aggressive price tag which will help it battle against the likes of Triumph Street Triple, Kawasaki Z900 and the Ducati Monster 797. Check out more images of the new Suzuki GSX-S750 through the image gallery below: