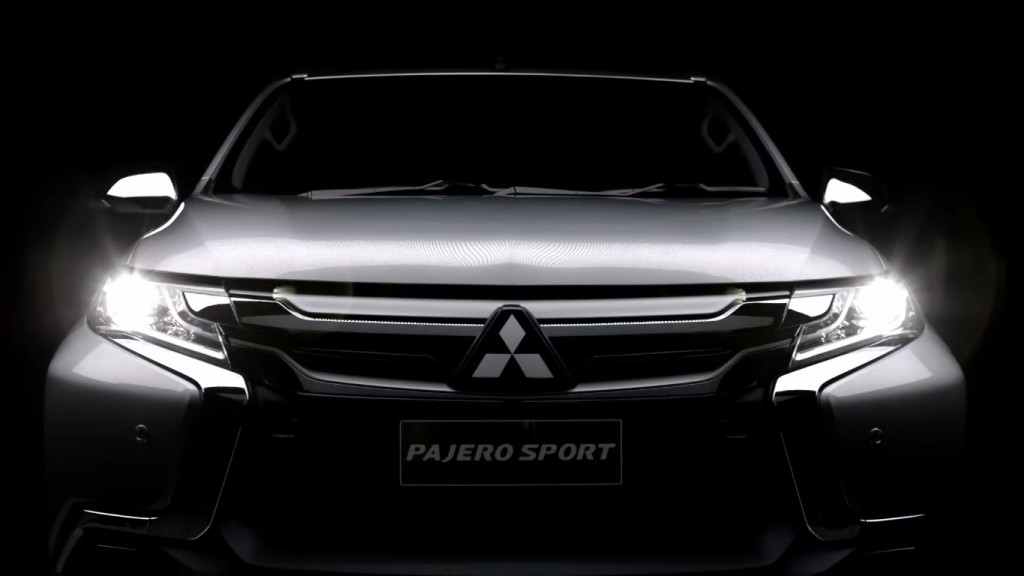 The upcoming 2016 Mitsubishi Pajero Sport will make its world premier on August 1 in Thailand at the 2015 Bangkok International Grand Motor Show. Last week, we saw the car during the promotional video shoot with absolutely no camouflage. But that was last week. In latest news, Mitsubishi has introduced a pre-launch, 15-second promotional video clip that teases the upcoming and highly anticipated Pajero, revealing fair bit of details about the outer shell of the SUV. The car maker has also launched a micro site that displays the countdown to the world debut.

Here is the teaser video:

As we reported before, the new 2016 Pajero Sport will be based on the Triton pick-up and will feature Mitsubishi’s new signature ‘Dynamic Shield’ front fascia design, one seen on the new Outlander. The teaser video reveals most of the design elements on the Pajero Sport like the new projector headlamps with daytime running lights, LED tail-lamp and blackened B and C pillars. The rear quarter window sweeps upwards from C-pillar to D-pillar. The front receives an X-shaped, chrome trimmed grille. 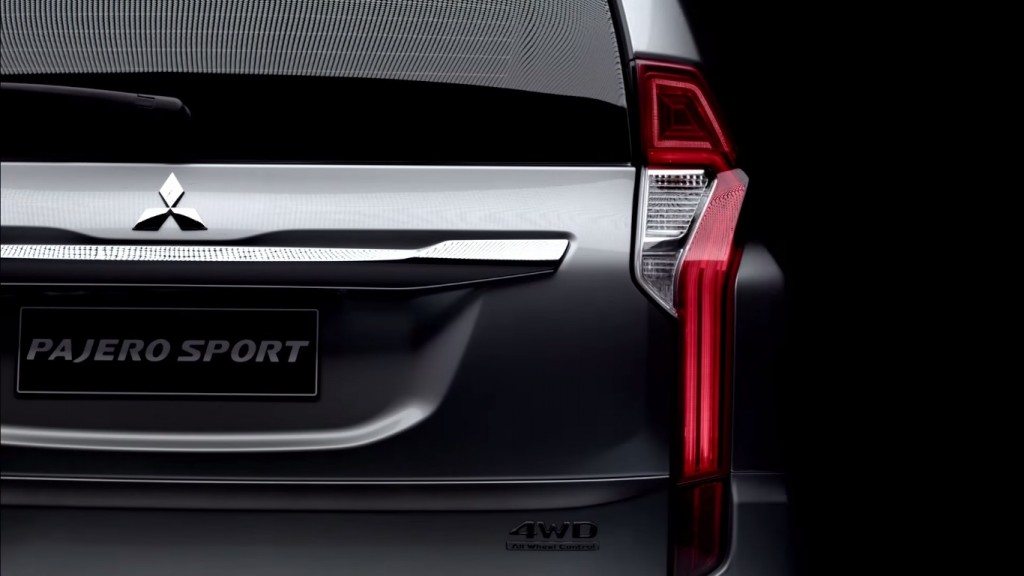 Mitsubishi has remained tight-lipped about the power output figures. Earlier reports suggested that the new 2016 Pajero Sport will likely be powered by the same engine that performs duties on the Triton. The 2.4-litre turbo-diesel, four-cylinder, MIVEC engine on the new Triton produces 161 PS of power and 430 Nm of torque and we expect to see similar output figures for the 2016 Pajero Sport as well. A “4WD All Wheel Control” drive badge sits at the right bottom of the tailgate.

Here are some more images of the Mitsubishi Pajero Sport: