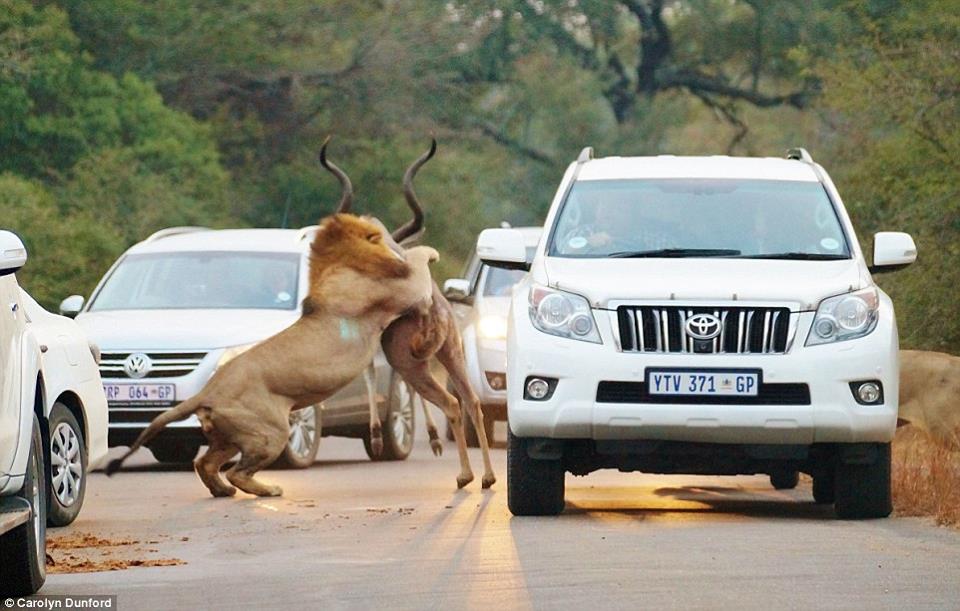 Most of us would like to visit a national park, possibly in the vast open plains of Africa. Loads of shutter-happy tourists flock there in their thousands, just in the hopes of catching a wild predator hunting its prey. Many of them miss out on some nail-biting moments just because they were at the wrong place at the wrong time. 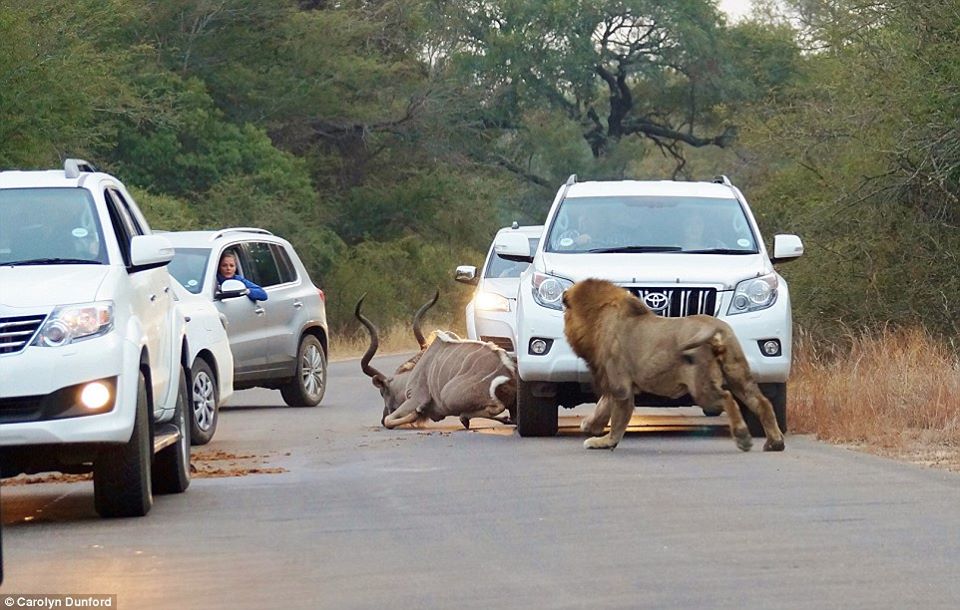 That women in the VW Tiguan shouldn’t be poking her head out of the window at all!

However, a few very lucky tourists not only got to witness two majestic lions, but also the predators at their absolute best! Though we have some great pictures here, one can only imagine the thrill of actually being next to the King of the Jungle (two kings, but you get our point). The tourists were in South Africa’s Kruger National Park on July 10, 2015, when this amazing story unfolded right before their very eyes. Glad for them, they were in the safety of their SUVs, thus in prime safety. That’s something that can’t be said about the antelope, which was (like some tourists), at the wrong place, and at the wrong time. The battle of life and death took place right in between all the SUVs present at the scene, much to the shock and awe of the folks inside! After having mauled their prey, the lions then proceeded to a nearby bush, where they ate their bounty in peace. 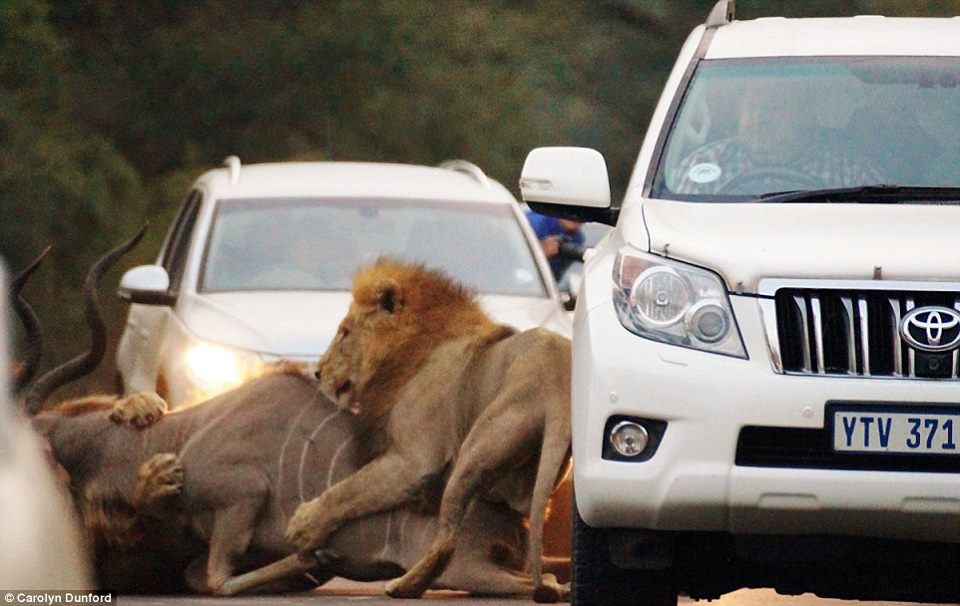 Of late however, there have been a string of unfortunate deaths (of humans) of late, all due to human error. Over enthusiastic tourists often roll down their SUVs’ windows, in order to get that perfect picture. Unfortunately, one often loses track of their position and sometimes, senses, when in the wilderness, leading to tragic outcomes. A few weeks prior to this event, an American woman was killed by a lion. The woman was clicking pictures of the big cat, with her window rolled down. The lion paused for a moment, before leaping (almost entirely) through the open window. The big cat was chased away; unfortunately, it was too late for the woman who died shortly after.

Anyway, have a look at these amazing photographs that will entice you to visit Africa the next time you get a vacation. But before you go out in ‘Safari’ mode, do remember to keep those windows shut at all times. More images in the gallery below.