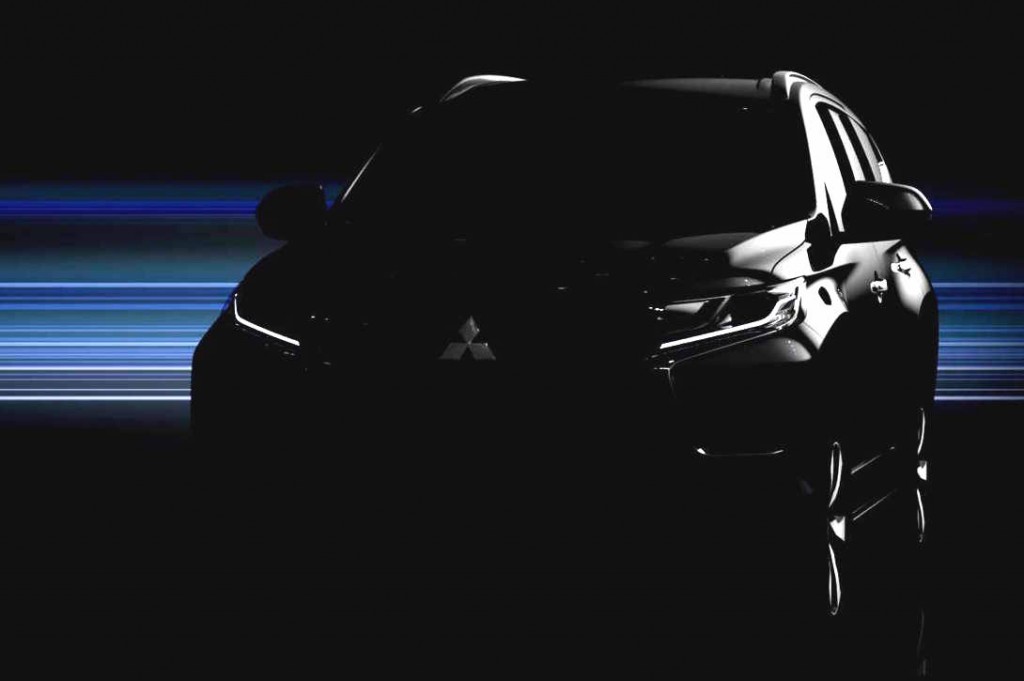 The India bound 2016 Mitsubishi Pajero Sport, or the Challenger, has been teased ahead of its world première in Thailand on August 1.

Based on the new Triton pick-up, the 2016 Pajero Sport will feature the brand’s new signature ‘Dynamic Shield’ front fascia design, first previewed with the GR-HEV concept and then implemented on the new Outlander. The sharp new styling sees slim headlamps complimented by an X-shaped, chrome trimmed grille, while the rest of the teaser reveals muscled up bodywork and flared arches.

The interiors are expected to get a makeover as well, in the form of an updated infotainment system with more apps, while an updated instrument cluster with digital readouts is also on the cards. Regarding power, the company is likely to employ its new 2.4-litre turbo-diesel, four-cylinder, MIVEC engine under the hood. In the new Triton it produces 161 PS of power and 430 Nm of torque.