After giving the Gixxer SF an update, it is about time the naked version of the bike, the Suzuki Gixxer 155, received similar treatment. The updated Gixxer 155 has now been spied for the first time, without any camouflage, showcasing a number of changes over the current model. The changes are very similar to those we have seen on the faired version of this motorcycle. Going by the appearance of the motorcycle in this spy shot, it is safe to say that the bike would be ready for launch rather soon. The rumoured Gixxer 250 could also be launched along with this updated model. The Gixxer 155 will be up against the likes of the TVS Apache RTR 160, Yamaha FZ-S and the Honda CB Hornet 160R. 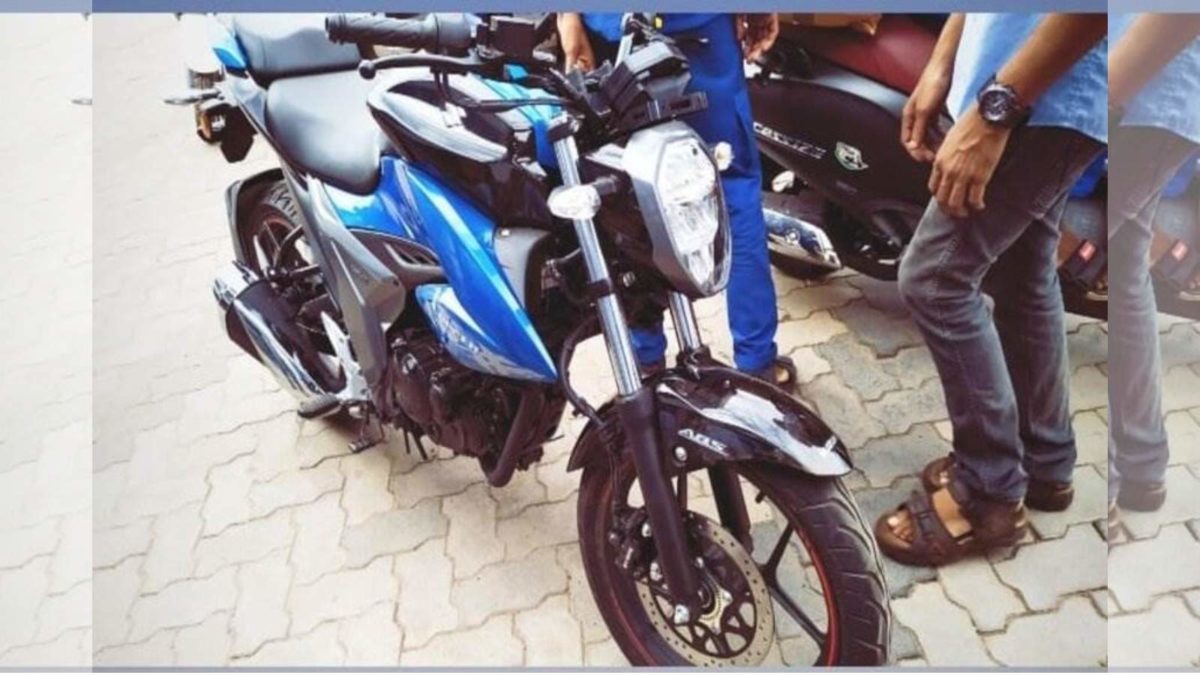 Coming back to the updated Gixxer 155 model, the updated model comes with a number of changes. The first change to grab your attention would be the new headlight unit, which seems to house LED bulbs. The fuel tank, split seat and other bits too, seem to be carried from its faired sibling. While the rear of the motorcycle is not visible in this image, expect it to be on similar lines, with a double barrel exhaust tip and LED tail light on offer. Dual channel ABS will also be on offer, which is further confirmed by the presence of an ABS sticker on the front fender of the bike. 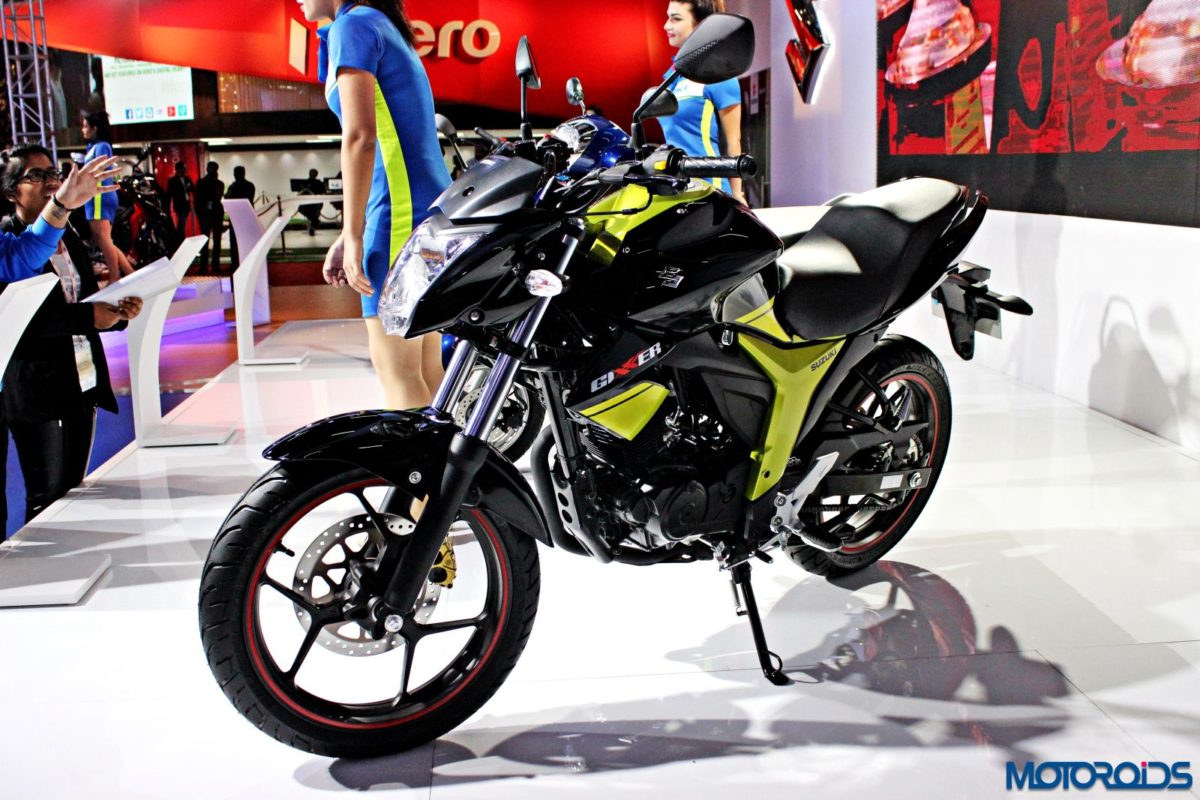 The new model looks even better than the existing model

Power will be drawn from the same engine as the Gixxer SF. This 154.9cc, air-cooled, SOHC, 2-valve, fuel injected engine is tuned to produce 14.1 PS @ 8,000rpm and 14 Nm of torque @ 6,000 rpm. The new bike is expected to weigh much less than the existing model, which would make the bike much better to ride, despite not receiving a power bump. The bike retains its black and blue colour scheme, but one can expect new shades to make way as well. Expect the price of this new model to be around the INR 1 Lakh mark when the motorcycle is launched in the coming days. Keep looking at this space for more updates on this Japanese street fighter.